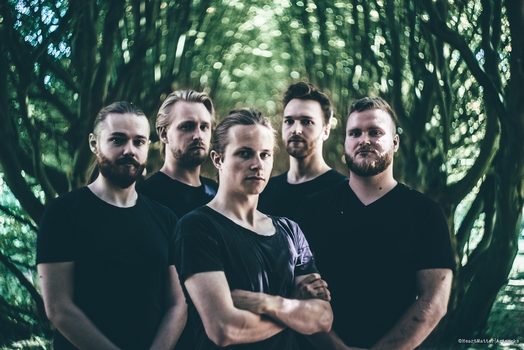 In an effort to cover just a few more releases before the end of the year is upon us, our dutiful Rapid Fires column is here to net us a few more releaes to cover. This month we check out the latest from Atria, Bedlem, Divine Ascension, DungeönHammer, Kosm, Nordic Union, Radiant, Reece, Sunless Dawn (pictured above), and Warkings. 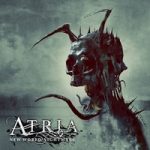 Atria – New World Nightmare (Self-Released)
A Canadian act willing to fuse together elements of melodic death and modern metal to pummel your senses, Atria unleash a fierce and engaging debut four-song EP with New World Nightmare. The title track has those guitar hooks and scream/growl to clean/emotional vocal melodies sure to grab various pockets of metalheads, the type that could put vocalist Tom Emmans on the map because of a confident power and emotional discharge in that modern /alternative rock head turning way. At times fusing together Meshuggah and Soilwork mechanics with aspects of Trivium, Lamb of God, and Tool – Atria present a rhythmic nature to their material, getting the listener to sway while the layers of guitars and vocals add icing to an already delectable treat. More songs in the vein of “Someone with Me” or the majestic “Follow You Home” and they won’t be unsigned or independent for very long. – Matt Coe (Atria on Facebook) 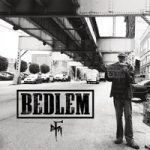 Bedlem – Back to Bedlem (Self-Released)
Modern/alternative metal reigns supreme on this first outing featuring drummer Paul Wandtke (ex-Trivium). There definitely are some throwbacks to that of Trivium, with that of the galloping guitar riffs and melodies sewn together in a package that can apply to an audience both in and outside of the metal scene. The vocals have an almost David Draiman tone to them (outside of the growls), and it seems the band is complacent at this point to follow the usual rock/metal tropes. The album never really grabs the listener’s attention despite the enjoyable melodies because of this, as one can just about identify every change up, transition, and chorus coming a mile away. If they wish to make a mark, they need to get out of the cliched shadows. – Kyle McGinn (Bedlem official website) 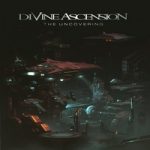 Divine Ascension – The Uncovering (ViciSolum Productions)
Divine Ascension have returned with their third full-length offering in the form of The Uncovering. For the most part, this feels like your standard issue piece of power/progressive metal with female vocals. It’s all quite palatable, but one gets the since with each listen that you’ve heard this whole thing before. The musicianship is quite well done, as are Jessica Borg’s vocals, but it feels completely interchangable with a number of similar acts in the field. Not even an appearance by Tom Englund of Evergrey to lift this one out of the ‘been there, heard that’ status. Bummer. – Kyle McGinn (Divine Ascension official website) 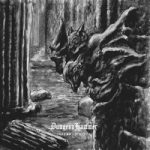 DungeönHammer – Infernal Moon (Pulverised Records)
Just by name alone, you know you aren’t going to get something of the polished variety with DungeönHammer. The assumption holds as the music presses on, a bastardization of death and thrash that plops itself firmly in ’80s territory, all the way down to the stifled production values. But such a thing is accepted and even admired on a release like this, but the level of Hellhammer/Bathory/Celtic Frost worship ultimately keeps it from feeling like anything remotely original. But that doesn’t stop it from being a fun and energetic throwback that fans of any of those bands are going to get plenty of mileage out of. – Kyle McGinn (DungeönHammer on Facebook) 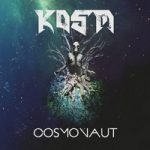 Kosm – Cosmonaut (Self-Released)
Lovecraftian progressive metal is on the table for Kosm’s debut. While bands like Mastodon and Tool come to mind in the way that the guitars are maneuvering around, limiting the band in that manner downplays what they are trying to do. There are so many different textures and flavors along the way it is really hard to get a grasp on what best defines them. But that’s perfectly okay, and keeps Cosmonaut interesting for its 66-minute runtime. The concept to it all keeps it on the rails while exploring a variety of emotions and levels of heaviness (including some that aren’t so heavy). There’s loads of potential here for the band to experiment with in future offerings. – Kyle McGinn (Kosm official website) 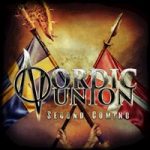 Nordic Union – Second Coming (Frontiers Music)
The second record from this Scandinavian project between Pretty Maids singer Ronnie Atkins and multi-instrumentalist Erik Martensson (Eclipse,W.E.T.) continues to deliver sweet melodic metal/hard rock for Second Coming. Mid-tempo rockers like “My Fear & My Faith” and “The Final War” engage ears in robust electric chords and Ronnie’s gritty, fluid melodies – while children choirs accent the commercially catchy “Because of Us”. You’ll also get the occasional ballad for dynamic diversity, and a confident Whitesnake meets Brian Howe/Bad Company-oriented groove to “Rock’s Still Rolling” that assures no lapse in songwriting or performances. Listeners benefit from artists willing to spread their horizons into multiple outfits/projects these days – Nordic Union delivering to the heart of those who miss some solid melodic, bluesy hard rock with the occasional metal flavoring. – Matt Coe (Nordic Union on Facebook) 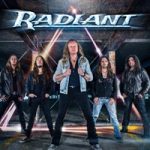 Radiant – Radiant (Massacre Records)
Associated with Avantasia, Voodoo Circle, and Sinbreed in the past few years, Radiant features singer Herbie Langhans plus a couple of ex-Seventh Avenue members among the quintet. These Germans come out with a self-titled debut album chock full of bluesy 70’s/80’s-oriented hard rock – nothing fancy, hitting all the trademark catchy choruses and proper licks and tricks to get the job done. Flashy leads make “I’m Alive” an early standout, while the mid-tempo “Heroes” sits in that AOR meets Deep Purple/Whitesnake framework. Spirited bass play at times brings The Winery Dogs to mind for “Liars”, while restraint and keyboard/acoustic touches appear on the ballad “My Own Way”. Don’t know if we need an hour-long outing right out of the gate – a case where 11 songs may have been better suited than 14. – Matt Coe (Radiant official website)

Reece – Resilient Heart (Mighty Music)
Ex-Accept vocalist David Reece teams up with Danish musicians to release his latest solo outing Resilient Heart. Guitarists Marco Angioni and Martin J. Andersen play in the heavy metal band Meridian, while the rhythm section consists of bassist Frederik Burkert and drummer Sigurd J. Jensen. Obvious affinity for domestic legends Pretty Maids comes into play during the stirring “Perfect Apocalypse” as well as opener “Any Time at All”, while the bluesy hard rock delivery of David remains front and center on “Desire” and uplifting “Two Coins”. The marriage of passionate vocals and complementary hard rock/metal music works when all the right parts are in place – even on the playful “Ain’t Got the Balls”, there’s space for exemplary guitar accents against a main riff that has “Action” from Sweet as a distant frame of reference. Ideal for Whitesnake, Pretty Maids, and David Reece followers equally. – Matt Coe (David Reece official website) 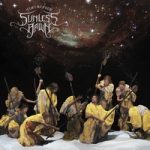 Sunless Dawn – Timeweaver (Prime Collective)
Rare is the band that can come out from nowhere in this day and age and knock it out of the park with a lengthy debut. But that’s precisely the story of Sunless Dawn. An hour long journey of progressive death metal awaits, featuring a plethora of tempos, moods, and atmosphere. Complexity also follows, with intricate riff structures while eschewing the verse/chorus/verse formatting. Still the same, each track twists and turns from blasts to acoustics or lush atmospheric beauty, potent synths and orchestration to massive riffs that will force one into headbanging on the spot. Obviously there’s much to enjoy with anyone settling in with Timeweaver. – Kyle McGinn (Sunless Dawn on Facebook) 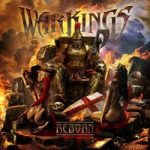 Warkings – Reborn (Napalm Records)
An international four-piece shrouded in mystery (stage names Viking, Spartan, Crusader, and Tribune a tell-tale sign), Warkings appear on Reborn to deliver Teutonic-edged power metal designed for crowd clapping and unison choir action during the key choruses. Sweet guitar harmonies, eagle-oriented vocal melodies, and a hefty dose of double kick mechanics put “Give Em War” and “Battle Cry” in that chest-thumping parade that marries Gamma Ray and Primal Fear – while “Holy Storm” and “The Last Battle” conjure up Metalium meets Manowar. Clichés abound from the predictable rhythm crunch and over the top background chants to macho-oriented cover art – Warkings struggling to establish their own identity but rather content to just cut and paste from what’s worked successfully for others in the past. – Matt Coe (Warkings on Facebook)