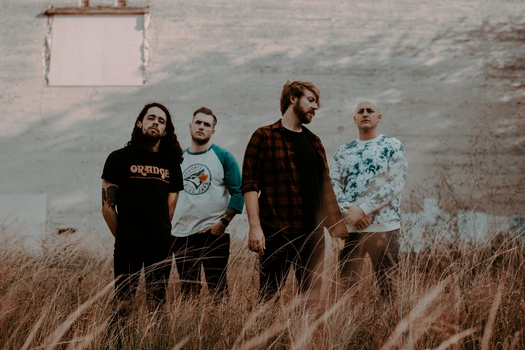 Tough times all around for musicians here in 2020. When we first spoke to Nomvdic about their upcoming, first full-length album Euphoria, it was back in mid-March. Since then, the band’s album was delayed from April to July, hence this chat is just hitting the internet now. But good things come to those who wait, and Euphoria is a bonafide treat for those who want something outside of the box. Nomvdic is heavy and intricate, with blastbeats and progressive riffs and breakdowns, but it doesn’t hold back on atmosphere and more gentle emotions either. We spoke with vocalist James Lewis just as the COVID-19 virus was beginning to shut things down here in the US, and he and the band were driving back home to Florida. Check out his thoughts on Nomvdic’s first full-length, lengthy song titles, the band’s V/upside down A in the logo, and much more below.

Dead Rhetoric: You’ve put out a number of singles and an EP. How did the work on Euphoria compare to those efforts?

James Lewis: Euphoria was a unique writing process in that we initially went into the studio thinking we were going to record another EP. So we brought five song ideas into the studio. The first four tracks of the album, and a song that was called “Dysmorphia (I’m So Sorry),” which was our first single for the album. It’s not reminiscent at all of what is was at all, but it is reminiscent of a song that we have out now called “Legacy.” That song idea ended up splitting into two different ideas, and that’s where we came up with “Dysmorphia” and “Legacy.” That was April 2018. We then left for ten weeks of touring, and our producer/engineer left for ten weeks of touring once we came back.

We didn’t hit the studio again until 2019. In that time, we kind of had the idea to make it a full-length and to shop to labels. We did a lot of touring and thought we could start applying to different agents and looking for management now that we had been out on the road a lot. Our bassist wrote a track, our guitarist kept writing, I kept writing, and we went back into the studio to make the second half of the album a year later. Its weird because if you listen to tracks 1-10 it is a cohesive piece. But the first half, side A if you will, and side B, definitely sound like two different eras of the same band. It’s kind of cool. It’s like two different stories being told, almost. That was unusual in the amount of time that it took. I think pre-pro started in January 2018 and I don’t think we got the final masters until July 2019.

Lewis: If I were to give you one genre that says what it is, the best way to say it is progressive metal. I think that all of the members of any other genre would be offended if I told them that we were that genre. I think death and black metal would hate us, metalcore and all that would too. In our hearts and minds, we just really like good music. We come from all sorts of backgrounds. In the van you will hear anything from Pink Floyd to Denzel Curry to Gojira and Northlane. We love all that stuff. But I would say that our eclectic music tastes are reflected in how we skip around in different metal subgenres in one piece of music.

Dead Rhetoric: Do you think that lends itself well to going out and touring with a wide variety of metal acts?

Lewis: I would say that it’s difficult to pair us with certain bands. We have found that we don’t really do well with heavy bands, like breakdown bands, despite that being the corner that we have been shoved into. The crowds that come out to those kind of shows are taken aback by the clean vocals and blastbeats/riffs. We did a couple support gigs for Drowning Pool, which is like a staple rock band and we never would have guessed that would be the type of crowd for us. We did better for Drowning Pool for Drowning Pool crowds, almost better than Drowning Pool did. I would say that it’s difficult to say where we exactly fit as far as touring goes. But I can say that it’s been difficult to be a support band with how different our sound is. But when The Faceless took us out, that was a great fit. Those fans, they aren’t opposed to the breakdowns and core elements in our metal sound.

Dead Rhetoric: What do you hope people take away from Euphoria?

I also hope that those metalcore/breakdown kids, or the elitist kids in other metal genres, can listen to it and be comfortable with stepping outside of the one thing they are used to. I think it might also be a cool album for people who might not listen to music with harsh vocals to get into that style of music. A successful release for me, obviously we want good record sales and maybe charting, but even more successful would be having an album that opens up people’s minds to different styles of music and metal.

Dead Rhetoric: You mentioned the lyrics. How important is the more positive lyrical approach?

Lewis: This album is still following that positive lyrical theme, but it’s more realistic. It’s more positive in a cynical kind of way – I know that sounds bad at first. But what I mean is that it is a concept album. Euphoria, is very generally speaking, about feelings. The argument in Euphoria, is that feeling anything in such an extreme way, whether it’s “Dysmorphia (I’m So Sorry),” which is about body dysmorphia and hating yourself and your appearance. The song “Legacy” is about feeling like a failure.

Individually, those songs sound very negative, but the argument by the end of the album is that those extreme feelings and experiences are euphoric because you get to experience them. On the other side of that, you aren’t just waking up and doing the same thing every day and one day you die. You are a person that gets to experience extreme emotions and you aren’t just stuck in the everyday and mundane. That experience is euphoria, regardless of what that emotion is. The tagline at the very end says, ‘because it’s deeper than just existing the only thing keeping me alive is wanting to die.’ That sums up the whole thing I guess.

Dead Rhetoric: Your song titles can be really long. How do you figure out a title like that?

Lewis: [Laughs] I don’t know if this is going to be good content for you but the honest answer is that Cloudkicker put out an EP called Subsume a while ago. All of the song titles were super, super long. The songs are instrumental but if you listen to the songs and read the song titles, it’s like “Oh my God! This is intense!” That resonated with me. I wanted these song titles to set the vibe for what you are listening to. I totally got that idea from Cloudkicker. Not to rip them off, if anything I felt what they were doing and wanted to do the same thing with our listeners. Shout out to Cloudkicker, absolutely!

Dead Rhetoric: Could you talk about the upside down A? Is there a deeper meaning to it?

Lewis: Bad content number two here for you – no [laughs]. I can’t tell you the exact origins of why the A was flipped. It was a long time ago. I believe our iMessage group chat was NomVdic, and we were finding that if you looked up ‘Nomadic,’ you had to look up ‘Nomadic band’ to find us. Otherwise you are finding people who are traveling, a lot of hippy stuff and things like that. We were just like ‘fuck it,’ Chvrches and these other bands are doing the ‘v’ and they are getting away with it, so let’s do it. Of course, this was way before we started touring and thinking we would be where we are right now. I wish there was a better answer to it. I don’t know whose idea it was or if we meant for it to be a thing, but then it was, and now it’s there. Of course, we have to explain it to every single person. There’s always a little bit of that ‘oh this is stupid!’ [laughs] but whatever. The cool thing about it, is that it starts a conversation.

Dead Rhetoric: Moving ahead, what are some of the goals you have for the band?

Lewis: Things are hard and scary right now with this virus. That question had a much more defined answer, even as recent as five days ago. Before everything went down, our short term goal was to have a very successful album release [in April], including pre-sales through Big Cartel and the shows we had planned. We also wanted to have a successful 7-day cd release run where we could sell albums. The last headliner we did in Tampa sold out with 332 tickets sold. We had a show booked at Crowbar, which is a legendary venue in Ybor City that we were really excited to headline and had all of our friends on it.

As everybody knows, plans have changed and everything is fucked. Our goal is to get home safely [to Florida] and make sure we aren’t getting sick or anyone else sick. Then we have to brainstorm a creative way to make this album release successful in light of everything going on. We still want to make the most of this, and get everybody listening to Euphoria. I’ll be honest, it’s hard to be positive, but I can’t start thinking about how much we are losing out on now, because so many bands are losing so much. But the short term goal is to try and find a creative way to be successful and get the album in everyone’s hands. The long term goal is to get through this thing and get back on the road immediately. We want to make up for all the shows we have had to miss due to cancellations and rescheduling. Headline a few Florida metalfests, and hopefully get some support tours to try to make up for missed time in March/April.

Dead Rhetoric: Have you looked into anything like live streams or something else around the release?

Lewis: We are considering it. We are not Code Orange size, so there’s a concern there. They had like 13,000 viewers and we might only have 13 [laughs]. The Crowbar venue would have to be cool with having us come in here with that production. The other thing that comes with that is the venue expense, without recouping that loss. We would have to consider a few things before going down that route. Our guitarist is working on his own personal brand, as a guitarist, and he is considering setting up a Twitch stream for all of us to play through the album at home. But we are still just throwing out ideas – we will do something, but we don’t know what yet since this is such a recent development.

Dead Rhetoric: With the band doing everything DIY, is your goal to get picked up on a larger label?

Lewis: We would be very happy to be on a larger label, depending on the label and the deal and what they want for this band. A lot of the lesson learned with this band is that we can do things by ourselves, and we have done a lot by ourselves. It would really need to be a good fit and partnership, instead of an act of desperation on our end. That said, we are open to discussing things with labels that house a lot of our favorite bands, and are a good creative outlet for those bands. 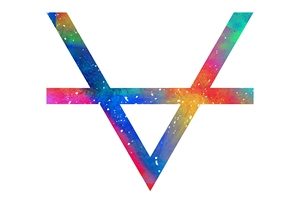