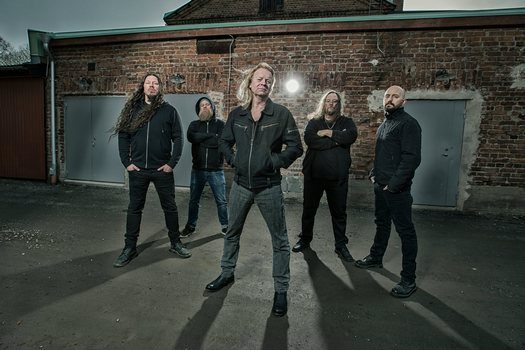 Dead Rhetoric: Which do you believe it more difficult – attaining a following for a band, or retaining that following for decades? Are you conscious of towing the line between meeting your own personal satisfaction versus what the fans may expect out of you?

Erikkson: I think it’s really hard these days to gain a following. Back when we started, it’s crazy looking back that our first record came out 22 years ago. Back then, it was really hard to release an album. These days, anybody can do that, like a click of a button you have a record out. It really wasn’t that easy, back in the day you had to get a record deal and a record was a physical thing, you had to go a store and buy the package, invest money into printing the product and get it out through distribution channels. Back then, getting a record deal was like ‘wow’.

With all the bands having records on a daily basis, it’s hard to get noticed. I’m surprised actually – we’ve been away for ten years and I was concerned how the first song back would be received this summer. We hadn’t said anything on social media for years- when we came back out of the blue, I had no idea what to expect. It was so rewarding to have (the people) welcome us back. I think only in the metal community, nothing ever goes out of style. If we had been a pop band or whatever, what we did ten years ago and what we did now, they would tell us to grow up. For metal fans, they are happy that we are still the same and that nothing major has changed.

Dead Rhetoric: How do you handle the criticism many have over The 8th Sin album? Do you think it’s a misunderstood record because of the time period it was released in, and could be much more accepted now given the changes in bands adding technology/orchestration aspects to their sound?

Erikkson: I don’t know. I was unaware of the fact that people weren’t into the whole production side of that record. Again, we don’t decide right away where the production is going, if we were going to use more strings or keyboards, we are more go with the flow. Whatever comes out, just comes out. We’ve always loved big productions with lots of layers, and I’m a real big fan of a lot of layered keyboards, the epic side of things that you can to productions with strings, massive choirs, layers of guitars.

Dead Rhetoric: Was there any apprehension about the shift in vocal styles when Jonny Lindqvist came in for Afterlife – especially considering the rougher nature of his voice compared to Anders Zackrisson?

Erikkson: Again, that’s really nothing we dwelled upon. We had a new singer, and we just wrote songs around this new singer. Let’s focus on his voice- obviously there’s a shift in sound between The Sacred Talisman and Afterlife, Afterlife was a lot rougher around the edges and had a lot of heavier tunes on it. I think Jonny contributed to that a lot, because his voice is so different from Anders. It’s a natural thing to write around Jonny’s voice. And that’s one of the strengths of his talent- whatever he sings, he can carry, whatever melody he sings with so much passion. It could be the most melodic song ever, but he comes out singing it like he means it. It’s awesome to record with him and it’s awesome to listen back to the finished songs.

Dead Rhetoric: Do you think long-term Nocturnal Rites fans embraced him right away when you went on tour in support of Afterlife?

Erikkson: I think so. Afterlife was a new beginning for us, we gained a lot more fans with that record. We have had a consistent following since day one of our career. It’s nothing we sort of thought about- we had a new singer and we had new songs. People just accepted that fact- it would have been weird if we had tried to do the same thing as on The Sacred Talisman with a new singer. We had to write around Jonny’s voice and fit things around, he’s a great singer.

Dead Rhetoric: When the band started developing its own sound, who were some of those bigger mentors that you aspired to become and respected, either for their professionalism or output – and did you ever seek out any advice that you applied to help you on your way?

Erikkson: The very beginning of our career, we grew up around the early 1990’s. Pretty much all the other bands around our area, they played pretty much death metal. That’s where we started- it’s what all the kids were doing. Fredrik and I grew up listening to Kiss, Iron Maiden, Judas Priest- but death metal was what all the kids were into so that’s what we started out doing. We did one demo tape in 1991 that was pure death metal with the growling vocals, but then we started slowly incorporating more and more melodic elements into the writing. A year goes by, it’s a little more like Iron Maiden with a little less growly vocals. And then things evolved- we realized that we are a traditional metal band with weird vocals, we needed a proper vocalist. That’s how we started talking to Anders.

Some of the bands we looked up to, were the bands we grew up listening to: Iron Maiden, Judas Priest, Saxon. All the great old bands. The first bands that we toured with, we started back in 1997, and one of the first tours we did was with Overkill and Nevermore. They were completely different than us, but we looked up to them a lot because they had been around the block a lot more. It was all new to us back then, we didn’t know anything about being on the road before or how things worked. I think we learned a lot on those first tours.

Dead Rhetoric: What is something that you believe in, that other people think is insane?

Erikkson: In general? (laughs). Let me think… believing in yourself may be a bit insane sometimes. People tend to not do that a lot, which is shame. We can do anything that we want if we put our minds to it. If there’s something I’d like to convey to the world, it’s do your own thing and believe in it.

Dead Rhetoric: Are there any specific passions or obsessions you like to explore away from music?

Dead Rhetoric: How do you see the next six to twelve months going for Nocturnal Rites following the release of Phoenix – are there plans to tour globally to support this record? And will it take another ten years for the next studio record, or are you hopeful for a quicker release schedule?

Erikkson: It’s not going to take ten years for the next record, that’s one thing I know for sure. We are really psyched about being back, we’ve waited so long for this moment, the album is long, long overdue. It feels so great to be able to share the album with the people- I can’t wait for the full thing to come out. In the immediate future, we are looking at opportunities right now, we are starting to book some festivals, nothing confirmed yet. We have a lot of interest from European festivals, we are looking at some stuff for the United States as well. We want to do South America, we want to go Japan as well – and a full scale European tour. We want to be busy, that’s really what we want and really what we miss. The only different mindset that we have is we are going to try to hit some places that we haven’t really been yet- we haven’t been to South America, and we’ve had offers for the past 15 years to tour there but for whatever reason it hasn’t worked so far. 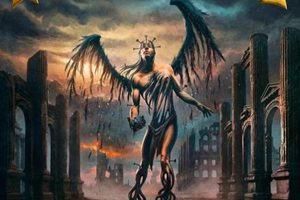