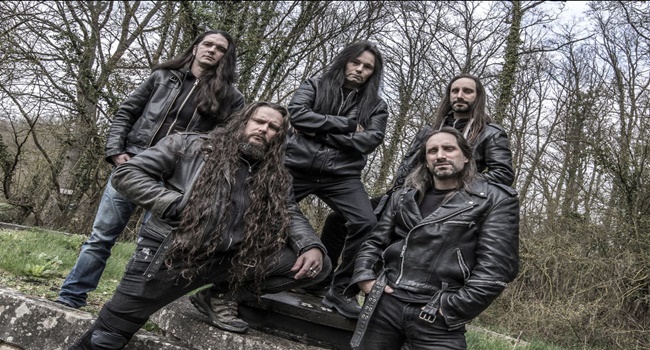 Stalwarts of the French death/thrash scene, No Return embraces a take no prisoners assault on the senses through their decades of records and performances. Their eleventh studio album Requiem continues to obliterate, fusing the past with the present in more ways than one thanks to reuniting with former vocalist Steeve ‘Zuul’ Petit for the first time in twenty years. We felt the need to catch up with guitarist Alain Clement regarding the new record, video work with their singer, parallels to Machinery in more ways than one concerning the cover art, views on the French metal scene and why it’s hard to have a global breakthrough, the importance of marketing and business knowledge to break through as a musician, plus favorite album/ touring memories.

Dead Rhetoric: Requiem is the eleventh studio album for No Return, and the ‘return’ of vocalist Steeve ‘Zuul’ Petit who you previously worked with on the Self Mutilation and Machinery albums back in 2000 and 2002 respectively. Tell us how Steeve came back into the band, and where you see Requiem sitting in the catalog of No Return discography – were there any major differences in terms of the approach, songwriting, or performances?

Alain Clement: Steeve contacted me when we were looking for a singer. He thought he hadn’t finished his work with No Return, since the Machinery album twenty years ago. We believe that we delivered a very good album with the band. We worked together on this album; the first few songs were very good, and we decided to record a new CD with Steeve.

The goal was to mix the old and the new No Return, if I can say that. Because we didn’t want to make Machinery II, because the musicians’ technical ability has advanced. No Return is a mix of thrash, death, and melodic metal. I think it’s a good thing, we make a good mix of what No Return is now. It’s an evolution of the band with the vocals of Steeve, with a bit of technicality involved.

Dead Rhetoric: How would you compare the guitar style of Geoffroy Lebon versus your abilities – and who takes on what responsibilities for the guitar playing on the recording front?

Clement: There are no rules, it depends on the song. It’s very important for us that the song is the major motivation. If I play lead guitar on a song, I will, or Geoffroy can do it. Sometimes we have two lead guitars so we can both do it.

Dead Rhetoric: You shot a video for the first single “The Only One”, directed by your vocalist and Atelier Primitive. Can you tell us about the shoot and the special effects/computer enhancements beyond the band performance shots? How do you feel overall about the visual medium in today’s social media driven platforms compared to its importance during the 80’s and 90’s for bands?

Clement: Our singer got the idea for this kind of video. I think it was a good idea because the song lends itself to the imagery a lot. It’s very important for a band to have a video, we can use the internet to spread our music. No Return can be seen by people all over the world, everywhere. It was a good thing to do this video, we want to show a new style of video with pictures, moving a lot. It was a good mix with the music, and the pictures for “The Only One” song.

Dead Rhetoric: The cover art for Requiem is striking yet quite atypical for a death/thrash act like yourselves. How did the process come about, was it a collaborative effort between the artist and band to achieve the final result?

Clement: The cover, the idea was for us to showcase that technology is constantly evolving in our society. You can see that from the cover. We want to show the technology that has a positive side, but sometimes negative consequences for human behavior. Especially the times that we spend on our screens. I think it makes things more realistic. That is something we see right now, we spend a lot of time on our screens, with smartphones. Young people spend a lot of time on screens, it’s an example why technology is not a very good thing when we use it a lot.

It was the band’s idea. It was aligned with the piece on Machinery. You can find a similar cover twenty years ago. For people who know No Return for twenty or more years, it was a good thing to remember Steeve, and we wanted the artwork through this cover because it’s cool for us, and the feedback so far is rather positive. Our fans talk to me, and they think it’s good – that it’s No Return, not the same year, but it’s (us).

Dead Rhetoric: This deep into the band’s career, where do you draw from when it comes to inspiration to keep the music (as well as the lyrical content) fresh, vibrant, and relevant? Do you consistently capture, refine, and retool things until they reach the final stage of recording – or do you find you have to develop a certain framework to develop your best work?

Clement: I think we can find through the music of No Return new things. The technical level brings diversity for us. We bring the songs through with different atmosphere. There is a real diversity when we listen to the album, because it was important for us to have this kind of music with ambience and different influences. We want to mix the melodic side of the band and the aggressiveness. I think it’s a good thing and good for the band to mix all the possibilities to show what No Return can do now.

Dead Rhetoric: When looking at the vast history of No Return, what would you consider some of the memorable highlights? Specific albums, tours, festival appearances, or other noteworthy happenings when you knew you were making a strong impact with your work?

Clement: If I look at the history of the band, I think the first two albums are very important for us. The first album Psychological Torment, we had the drummer of Coroner Marquis Marky as an artistic director/ producer. That was important for us, we were young, and we had no real experience. The second album Contamination Rises we recorded in Tampa, Florida in Morrisound Studios, which was the capital of death metal. The Machinery album allowed us to have, especially in Europe, a bigger name for No Return. We really began to move up, it was a good thing for us because we toured with Nile and many other bands. We are fine again with these last two studio albums, Fearless Walk to Rise and The Curse Within, because we were able to tour with Cannibal Corpse, Mors Principium Est, it was important for us to be able to spread the music of No Return.

Dead Rhetoric: Where do you see the development of heavy metal in France since the start of the group until now? Do you believe it gained more admiration and respect due to the success of Gojira globally?

Clement: Yes, I like heavy metal and a lot of stuff. It’s difficult for a band to explode. The example of Gojira, the band that you mentioned. That’s great that a band like them explodes, it’s a kind of metal that allows people to see that the French bands can have a worldwide dimension. I hope other French bands can make it. It’s very difficult in France, the structure and development aren’t really efficient. It’s very hard to explore in the international scene. Even if you work a lot, there are so many bands out there, it’s very difficult to make a difference between the bands. You have to be in the right time and at the right place. That’s part of chance, I think. Marketing and business (are) really the keys. For me, it’s a pity but that’s true. Not only the music – there are a lot of bands with more creativity but haven’t achieved much, because without marketing and business, they can’t explode. It’s very sad, but for me, that’s the reality.

Dead Rhetoric: Considering your long history in the metal scene, do younger musicians/bands ever seek out advice from you concerning music or the business side of things – and if so, what’s sort of wisdom/advice do you talk to them about?

Clement: My first advice is to become proficient at your instrument. Especially play what you love to play. It’s so difficult to explode, we have to play the music that you really love. Be ready to be passionate and believe in your music. Not the music of other bands. It’s important that younger bands think about the first idea of getting pleasure themselves with their music. If it explodes, that’s great. Every musician has to play his or her music. If it doesn’t work for other people, you have to be honest with your intention and not to play the music of trends. You need to know about marketing and business. If you want to make a name for the band, you can be the best band in the world, but if you can’t be heard, it’s very hard to show all your music and expose it.

Dead Rhetoric: What are some of your favorite hobbies and interests away from music when you have the free time, opportunity, and energy to pursue them?

Clement: I like video games. I like walking in nature, I think it’s a good thing to help with ideas for music. And I watch films. My three passions are these along with music.

Dead Rhetoric: What’s on the horizon for No Return over the next twelve months to support the new record?

Clement: It’s difficult, I hope we can play as much as possible. It’s difficult because of the pandemic, which has changed the way to tour. A lot of bands want to tour, and not every place can take you on to play. So, for No Return we are planning concerts at the end of the year, and we hope to play across Europe in 2023. For the moment, it’s not really confirmed. We will work on it; we really want to play. The pandemic has a great impact for all the bands, all bands want to play. There is no place for all the bands to play.

I have been playing other stuff, but with No Return we want to play songs for the new CD. We could work on a new record when I have riffs and pieces of some songs. I will work on the new album when we have finished the promotion for this album. 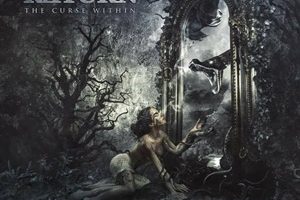 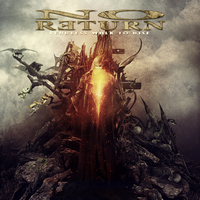 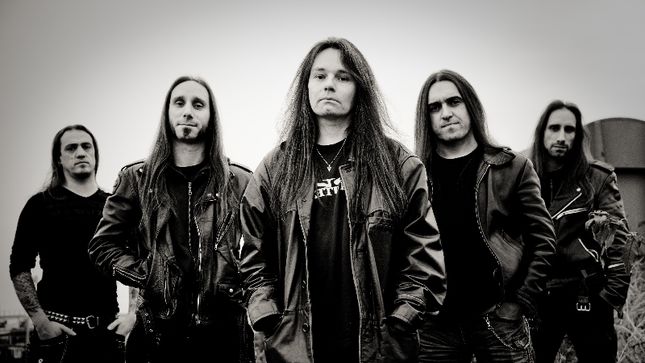