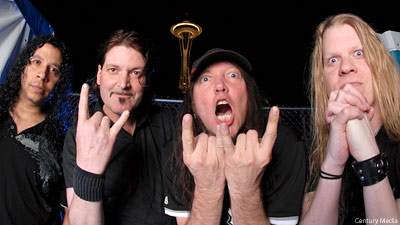 Blistering.com: Getting off the subject of the new album, let’s focus on some older songs that I want to get your thoughts on. Let’s start with “Garden of Grey” off the first album.

Loomis: Oh geez. I haven’t that one in years. I believe that’s the first video we ever shot. It started as an idea that came from two demos I had and developed from there. Those were our very first songs, some of which are 19 years old now [laughs].

Loomis: That started out as an instrumental, actually and Warrel started to put vocals to it. Van and I co-wrote that one. I remember working with [producer] Neil Kernon, who is one of my best friends. Neil’s a good one. I did my solo record with him and yeah, we’d get into fights here and there, but it was in the spirit of the moment. He’s just so aware of what’s going on in the music world and he’s really intelligent. Neil just doesn’t do one style of music. I miss working him.

Blistering.com: How about “All Play Dead” off Dreaming Neon Black?

Loomis: Tim Calvert (ex-Nevermore guitarist) wrote that one. He’s a phenomenal player and we picked up on that when we toured with him while he was in Forbidden. He contributed a lot of cool things to Nevermore. I think now he’s flying jets now for a big company, but working with him, I remember doing a lot of riffs on the fly and that’s how Dreaming was composed.

Blistering.com: “Evolution 169” from Dead Heart In A Dead World, which has one of your more strange, yet effective riffs.

Loomis: Good tune, like that one a lot. That’s when we started using 7-string guitars and our tones changed. I think of that recorded and I think of how sharp the mix is. Sonically, it’s special and a step up for us.

Blistering.com: You’re now widely regarded as one of the top guitarists in metal. Do you ever sit and take stock of this?

Loomis: I don’t take it for granted, that’s for sure. The clinics are something I never thought I’d be able to do because I’m shy in public, but it’s opened a lot of new doors for me. I’m interested in the guitar, so that’s why I enjoy doing those, and if I can inspire something to pick up the guitar and try new things, then I’ve done my part. I’d still rather be known as a songwriter, but to be considered a guitar hero is great.

Blistering.com: Warrel recently came out and announced Sanctuary would be getting back together. You were involved toward the end of the band’s run – any chance of you doing it again?

Loomis: It’s a possibility. I was with [them] for a short period of time and if the other guitar player, Sean Blosel can’t do it, I’d be up for it. When I first heard Refuge Denied, it scared the shit of out of me. But toward the end, Lenny [Rutledge, guitars] wanted to go in a more grunge direction, while Warrel, Jim, and I wanted to stay to our metal roots. I too was blamed for the break-up [laughs], but it had to end.

Blistering.com: Any discussion over new songs?

Loomis: I think we’re too far away from that at this point, but it’s something I’d be interested in contributing [to]. But Nevermore will still come first and will always be our top priority. 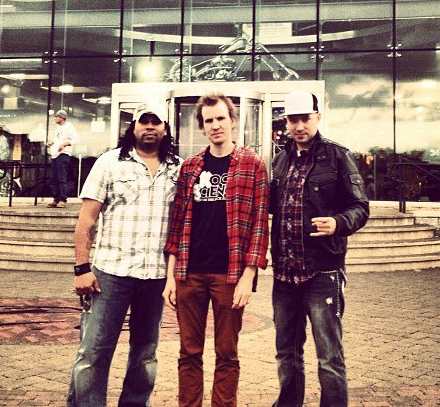