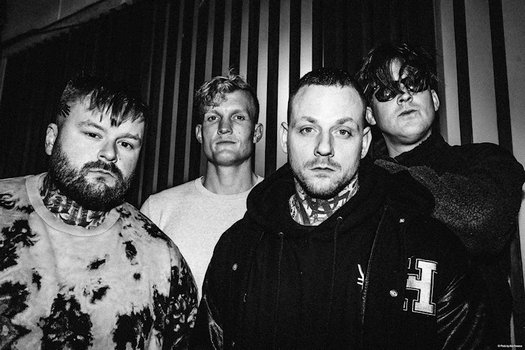 Pushing their brand of visceral metallic hardcore for well over a decade now, Belgium’s Nasty know how to bring sonic rage to the table. Particularly with their latest effort (and first for Century Media Records) in Menace. Short bursts of vitriolic anger, with hard-hitting breakdowns and metallic grooves fueled by some pissed-off vocals, hit the listener like a freight train. Vocalist Matthias Tarnath gave us a few minutes of his time to chat about the band’s latest work, as well as the importance of breakdowns and keeping things short and to the point with their style of music.

Dead Rhetoric: What are you particularly proud of with Menace?

Matthias Tarnath: I’m pretty proud that we were able to finish the album because of Coronavirus. There was a point where we needed to hit the studio, but we needed to write like 6 more songs. We wrote them on Facetime auditions and over the phone. It was done under pretty shitty circumstances. I’m pretty proud of the music we made too. It’s better, in my opinion – the production is awesome but to say that I’m proud of something, it’s really that we pushed through and were able to finish the album.

Dead Rhetoric: How does it compare to your previous releases?

Tarnath: The songwriting is better. I think it’s harder than our last few releases, in my opinion. The production is way better and more on point. We also tried a few things here and there. We added some more crew vocals, and we have our first ever two-step part in a song, even if it’s only like 5-seconds.

Dead Rhetoric: One thing that stands out to me is the cover. I heard it was like two years old. Is there anything you can say about it?

Tarnath: The cover was made by Michael Shantz. He worked for Drop Dead Clothing before. We just wanted to show something about the world and its effect on people – painting a picture of some of the current topics in the wold, and I think he nailed it. We thought about ‘90s artwork like Body Count, Ice-T, and those type of covers. It looks fresh, even if it looks 30 years old.

Dead Rhetoric: You mentioned the album was partially written during the start of the Coronavirus pandemic. Were any of the lyrics inspired because of the times in which you were writing?

Tarnath: Yes, “Blood Crop.” It was written just after I had a talk with my girlfriend about how our future could look like, as we are very affected by Corona. The band is kind of dead at the moment and there’s money coming in since we can’t play shows. So we had discussions about how we could manage through the pandemic, and it was very frustrating on my way to the studio. I put some negatives at the start by at the end there’s a positive outlook – the bloodier the soil, the stronger the crop. We’ll get through this and come out stronger.

Dead Rhetoric: How’d the deal come about with Century Media?

Tarnath: They have been interested in us in the past, and our management wrote a few labels as we were recording a new album, just to see what’s up. Century Media had already been interested but we kind of weren’t ready for that step. This time we were. We wanted to see how we could get more promo and get ourselves out to a bigger audience and make a jump for the band. We have played most of the world now, so we thought we should ask Century Media again.

Dead Rhetoric: What’s important when writing shorter songs like these?

Tarnath: We mostly think about things like if we should play a riff longer, since there’s a certain energy for a part. At some point, the energy level lowers. If you play a part say, four times, you are still on the peak and I think you should change it up on the peak. That’s mostly why we don’t play parts too long. For music, if we did songs that were too long, they wouldn’t fit. It’s mostly a hit in the face. The song structure – we aren’t the type of band that’s super melodic or puts in solos so it would be hard for us to stretch songs and keep them interesting. So for what we do, it makes more sense to keep the songs shorter but at maximum energy level the whole time.

Dead Rhetoric: I like that. I wish more bands would think along those lines. Like you said, it’s a punch in the face. It’s mean to be fast, not some drawn out thing.

Tarnath: Yeah, for example, if there’s a slow beatdown part lots of bands use a lot of foreplay. The part where they start to slow down. They stretch that part, and then get slower again, and even slower. But then you reach a certain point…I think most of the energy is in the foreplay or the part or two right afterwards. That’s the maximum amount that you could achieve.

Dead Rhetoric: How much consideration is given to playing these songs live when writing?

Tarnath: Not too much, to be honest. For sure, you play some songs and it’s like, “Ok, this will be awesome live, or this part would work great live,” but I think like I said before, it’s more about keeping the energy level high. The more energy the song has, the better it works live. So in general, we write songs that will work live well because there are no parts where you don’t know what to do on stage since nothing is happening [laughs].

Dead Rhetoric: What’s important when it comes to breakdowns or beatdowns in a song?

Tarnath: It needs to be very ignorant. It can’t be too different. It can’t be this thing like, “Yo, we need this crazy riff here,” because I think the energy is mostly created through transitions. You need to get that energy transition right. When you are playing energetic and fast, but then you break it down. It’s like a climate change in the room. The transition from being fast and energetic to slower energy.

Dead Rhetoric: Could you talk about the connection between anger and catharsis in your music?

Tarnath: We are all going crazy at the moment because we don’t have this outlet for emotions to let go of out on stage. It’s a pretty hard time for us. We never have a scripted live show. We have a set list, but everything I say during the set – it’s never prepared. It’s mostly four guys under pressure and letting off steam.

Dead Rhetoric: What makes something sound heavy to you?

Tarnath: Breakdowns, well written breakdowns. I think pissed lyrics and vocalists too. I’m not talking about those crazy technique vocalists that nail technique – its more like you can feel the pain and anger in the lyrics. A good recording too. It doesn’t have to be super produced – sometimes a rough sound can be fitting too. But if you feel heavy music, it doesn’t feel over produced and overwritten. It feels genuine, and I think the lyrics can help. If you feel the lyrics in hard music, I think that’s the best. You are already emotionally hooked.

Dead Rhetoric: With Nasty’s merch, I like the fact that you aren’t afraid to go outside the normal conventions.

Tarnath: I think visually, nobody in Nasty really fits into the classic look of a hardcore or metal kid. A good example was when we played Hellfest in France for the first time. People asked us if we were at the wrong gig [laughs]. We are just doing our thing, and what we think looks nice or fits with the band. We don’t try to fit in because of what the scene is into with the black shirts or hardcore/metal designs.

Dead Rhetoric: What’s planned in the near future for you guys?

Tarnath: We had the future planned, but at the moment there are no plans. Only to stay creative and pull ourselves through the Corona crisis and hopefully play some shows again. We had a whole release tour planned and it took us nine months to plan it. Four days before we were going to release the information, we were told it wasn’t happening. It’s hard to tell with plans because the future is really uncertain. We aren’t sure when bands will be able to play shows as they did before, at least here in Europe.

Our plan is that we are going hit the studio again soon and start writing songs again, just so that we can deliver when the time is right. We are trying to find other ways to stay creative – at the moment we can’t really plan much. 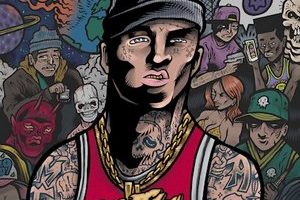