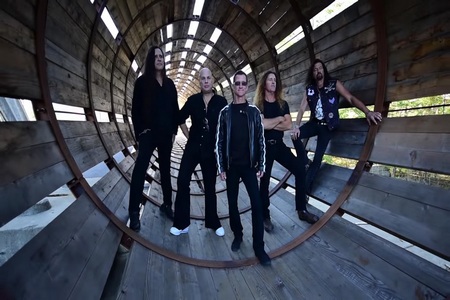 Vanderhoof: Well, we’ve embraced it- and it took me awhile to embrace it because I’m not one for change. Now that everyone is getting used to the new way of doing things, it’s great. It couldn’t be better- much more do it yourself the way things were in the late 60’s and 70’s when music was at its best because it was created for the right reasons. Other than the piracy factor, the fact that it’s direct artist to fans and the label filter is gone is huge. Guys our age can still do this legitimately, there’s no expiration date on us anymore- and working with Rat Pak they have the whole marketing and the way it’s dealt with now, they have that down so they know how to deal with social media. It’s the new model, nobody sells big numbers anymore but you don’t need to because you don’t have 8 million people taking their hand out of the pie all the time now. You don’t have anybody now to tell you how to do things. As long as you keep doing good work and keep the people that like your music and don’t try to sell them crap, you have a career as long as you can do it. That’s a wonderful thing, I’m very grateful and life is good. To be able to do this at this capacity now, is just awesome and incredible and I don’t take it lightly.

Dead Rhetoric: What was the toughest thing for you to handle during the first ascension of Metal Church popularity in the 1980’s?

Vanderhoof: For me coming to the realization of how the music business worked back then. And the whole notion of being in a rock band you get to be your own boss, turns out that wasn’t the case. You ended up working for the record company, and they were taking all your money even though they were giving you money and advancing you money, it was all recoupable. You had to sell bunches and bunches of records or you didn’t make any money at all. It was a horrible thing and a horrible realization for me, that I’m achieving my dreams and I’m miserable. They put you on the road and keep you busy, and give you enough money to keep doing it and let you think you are being a rock star, until you grow up and come home to realize you don’t have anything. So coupled with that fact that after we did The Dark album I found myself wanting to really learn about making records, engineering, and production- so that’s when I started building my own recording studio and going down that path- it’s why I left the band but continued to work with them in the studio recording and writing songs. I wanted to learn to make records- playing live is great and I love it but there is a lot of dead time on the road. The other 22 hours a day can get pretty boring- I knew that for me to stay in the industry and be in control of my work, I had to learn how to do it myself. I had a premonition that led me to here now.

Dead Rhetoric: Did you absorb a lot working around people like Terry Date and Mark Dodson when they were working on Metal Church albums?

Vanderhoof: Oh absolutely. Terry Date started out with us, he was a staff guy so him and I learned together on the first record. He knew the technical thing and I knew how I wanted things to sound. And we put our heads together and figured things out between the two of us. Then after working with Mark on a record that actually had a budget (for The Dark), a light bulb went on.

Dead Rhetoric: What would you consider some of the biggest highlights in Metal Church’s career – moments that are forever etched in the memory bank for life?

Vanderhoof: Getting signed to Elektra, a major label was a big deal. That was huge. Going on tour with Metallica in Europe- those are definitely the biggest memories for me.

Dead Rhetoric: What’s left on your bucket list to accomplish – either personally or professionally?

Vanderhoof: Creating my own concept album- my own Quadrophenia (by The Who). Metal Church needs a proper live DVD/ live album. I don’t know- the list goes on and on. There’s a lot of music that I still want to make. Different kinds of things that I want to do. I want to play Australia.

Dead Rhetoric: How do you view the metal scene currently in comparison to the 1980’s and 1990’s?

Vanderhoof: I think if people are into the metal thing they are probably in a place where they’ve learned how to play properly. I blame the 90’s for when metal was unhip and playing ability went out the window. I think there’s a repercussion for that, and rap and hip/hop that is very computer generated is doing a lot of damage to the art form of music as far as having kids learning to play an instrument and learning to play it well. There is no musicality in sampling and talking- it’s put the bar low. The kids that follow actual metal and rock, if they follow the craft and don’t want an easy way out, I think they will keep this alive. I worry about it but there are enough kids that are starting to get it, they will pick up the mantle and start running with it. There are bands that draw off the same influences that I did and create new music.

Dead Rhetoric: Have you had the chance to hear other artists doing Metal Church covers and what did you think of their work?

Vanderhoof: The ones that I’ve heard I think are great. Like Stone Sour (who did “The Dark”) is really cool, definitely a different and more modern take on the song. It’s amazing, I have a hard time processing that. My music or record that I made was that important to somebody that they would take the time and effort to do that, you know? That’s pretty amazing to me, it’s beyond flattering.

Dead Rhetoric: How do you see the rest of 2016 playing out for Metal Church? Are there plans in the pipeline for another Presto Ballet album too?

Vanderhoof: We are doing two weeks of touring in the Northeast and Mid-West- Chicago, New York, kind of up in that area around the release of the record. We go to Europe for two weeks in May, and then we are doing a week of shows on the West Coast with Armored Saint, which will be a blast. We will go back to Europe for a week in July, and then play Wacken and some other shows for 10 days in August. The new Presto Ballet album is done, and we’ve been sitting on it waiting for the new Metal Church album to come out. Release dates will be announced the middle of April, and I’m really excited about that as it will be out on Rat Pak as well. 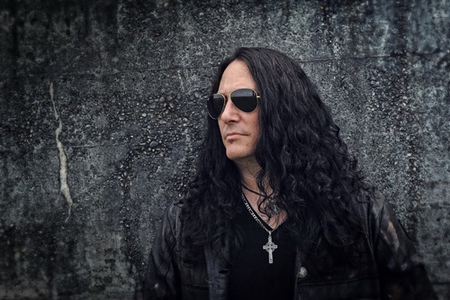