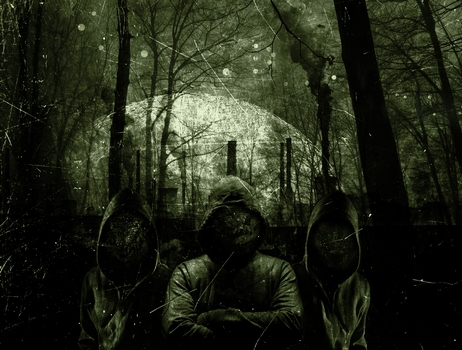 As some parts of the world start to ease out of quarantine, there’s still just as much going on in the heavy metal world as ever (except for live shows that is). So we are continuing our due diligence and trying to cover as much as possible, with the help of these rapid fires. This month we look into The Black Legacy, Chaos over Cosmos, Dakesis, Fairyland, Grand Massive, Omniarch, Reptilium, Tokyo Blade, Traveler, Victoria K, and Virocracy. 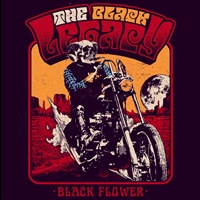 The Black Legacy – Black Flower (Argonauta Records)
Established in 2018, Milan-based heavy rockers The Black Legacy on their debut album Black Flower produce an addictive brand of stoner-laden heavy groove rock with metallic edges. Think everything from Corrosion of Conformity and Black Label Society to aspects of Black Sabbath and Led Zeppelin throughout these nine songs. Between the alternative/bluesy voice of Die and smoldering licks and riffs of guitarist Alberto T, its hard not to get swept up in the slinky hooks for “Fire and Stone”, the mid-tempo “Chains of Pride” and the alluring opening title cut. Basic and gritty, the quartet create material that’s not sophisticated but from the heart. Even the logo and the biker art motif match the musical proceedings like a glove. A great road record. – Matt Coe (The Black Legacy on Facebook) 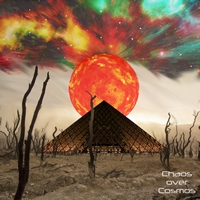 Chaos Over Cosmos – II (Self-Released)
Progressive metal act Chaos Over Cosmos returns once more with some catchy, melodeath-esque romps that manage to bore their way into your skull. The melodies are easily the strongest suit for the band, with an ethereal tone to them (befitting the name of course) that seem to lift each of the tracks. Proggy musicianship that never goes overboard, instead serving each song well as the energy builds. With a few solid EPs to their name at this point, don’t sleep on this band as they capture that sense of wonder that evades a number of acts in this style. – Kyle McGinn (Chaos Over Cosmos on Facebook) 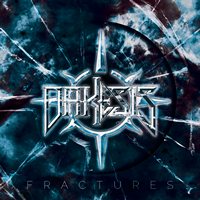 Dakesis – Fractures (CapsAArx)
Not quite reaching the ‘stardom’ of the big name symphonic metal acts, that hasn’t stopped Dakesis from staying on a consistently strong path when it comes to their output. Fractures stands just as tall as previous effort The New Dawn – upping the sonic production and elevating some of the songwriting chops. Not much of a departure otherwise, but Dakesis have a firm grasp on how to do this sort of thing correctly. Bombastic and cinematic, but never feeling bloated. And another feather in their cap for the 15-minute epic title track that stays engrossing with its varied tempos and fulfilling movements. – Kyle McGinn (Dakesis on Facebook) 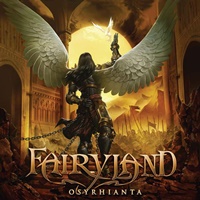 Fairyland – Osyrhianta (Massacre Records)
A prequel to the previous trilogy of albums from the 2000’s, French symphonic power metal band Fairyland return with Osyrhianta – as well as a new singer with Francesco Cavalieri of Wind Rose. Most of these ten tracks will be familiar territory for those who love the cinematic bombast and splendor that Luca Turilli started with Rhapsody – featuring guest female vocalists, violin/flute work, and narrative assists. Keyboardist Philippe Giordana envelopes songs like “Across the Snow” and “Hubris Et Orbis” with layers of synthetic / orchestral aspects – most of the time overtaking the guitars to limit the ‘metal’ side of the proceedings. Taking place 3,000 years before the first album – it’s a whirlwind journey and may appease many in the symphonic power ranks but doesn’t really contain many standout tracks that differ from what has been heard from bigger bands done more convincingly before. – Matt Coe (Fairyland on Facebook) 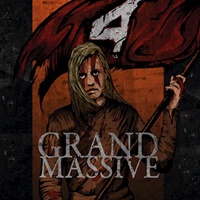 Grand Massive – 4 (Metalville Records)
Bavaria isn’t a country you normally associate with heavy bands, but Grand Massive call this home. On 4 you hear a very dirty, groove-oriented metal sound that can be thrash-oriented one measure, then punch you in the gut from a stoner/southern down-tuned angle the next. Everything from Kyuss and Down to Clutch, Black Sabbath, and even the groovy-side of say Overkill or Danzig can crop up in the riffs, hooks, and gang-like vocals during key tracks like “Devourer of Time” and rhythmic-oriented “The Collector”. Thick riffing from the dual guitarists plus a gritty vocalist in Alex Andronikos ensures Grand Massive keep their eyes on solid songwriting that bristles with low-end energy. Great to know that a sound probably more associated with the US or UK can turn out so strong from Bavaria. – Matt Coe (Grand Massive on Facebook) 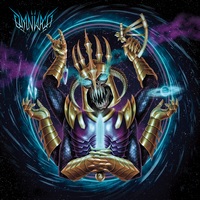 Omniarch – Omniarch (Self-Released)
A new melodic death metal hopeful, unfortunately the first word that comes to mind with Omniarch is inconsistent. Given the band’s modern metal vibes, there’s potential to behold but nothing really truly connects on this release. The moments of more frantic melodeath riffing and melodies are a highlight, but some ill-used cleans tend to do some spoiling (starting with the opener “Caligula”) and with two 7-minute tracks bookending the album, there could be some more editing done to really make the songs pop. The album’s shortest two tracks are the strongest, and should they rein in the cleans a bit next time, they could be onto something greater. – Kyle McGinn (Omniarch on Facebook) 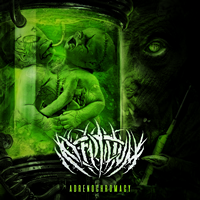 Reptilium – Adrenochromacy (Slam Worldwide)
Just like the band’s last release, Reptilium are all about primal brutality. The tone is dark and reeks of heaviness, pairing nicely with the snarling and guttural vocals. The whole thing makes for an experience tailored to rumbling the walls of your house (or ears). There’s nothing super fancy about it, but all of the basics are covered quite well. Those who enjoy brutal death metal will no doubt get a kick from the levels of violence that are apparent with Adrenochromacy. Plain and simple. – Kyle McGinn (Reptilium on Facebook) 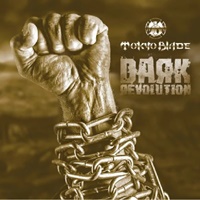 Tokyo Blade – Dark Revolution (Dissonance Productions)
Another 80’s NWOBHM act resurrecting in the last few years for their tenth studio record, Dark Revolution. These eleven songs stick to their traditional formula, mostly of a mid-tempo anthem variety with the helium-style voice of Alan Marsh bringing home choruses like “Burning Rain” and Thin Lizzy-esque “Crack in the Glass” just like yesteryear. The digital production doesn’t do much favors for the sterile drum tone, but there are some exciting moments in the riffs of Andy Boulton and John Wiggins that make “Perfect Enemy” and “Not Lay Down and Die” twin octane-fueled axe terrific. Old timers will be intrigued to check this out. – Matt Coe (Tokyo Blade official website) 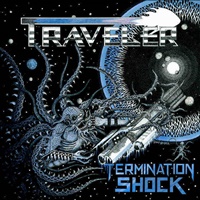 Traveler – Termination Shock (Gates of Hell Records)
Canadian heavy metal is on the rise again – and Traveler are one of many bands bringing the spirit and energy of the movement back to the forefront with this second album Termination Shock. Chock full of robust riffs, mid-tempo to speedy energy, and a boatload of hooks, harmonies, and melodies to capture your attention for years, it’s the type of European meets North American set of finesse and fist-waving appeal that puts “Shaded Mirror” and “Diary of a Maiden” into future classic territory. Between the Maiden-esque interplay and Jag Panzer/Riot-ish mechanics, it’s evident the quintet knows their style, execute it to the hilt, and possess a powerhouse, dynamic vocalist in JP Abboud to push it to the top. Two albums in two years, sure to appease a lot of old-timers while hopefully exposing the youth to a benchmark genre not dying out anytime soon. – Matt Coe (Traveler on Facebook) 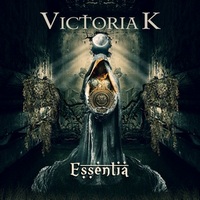 Victoria K – Essentia (Rockshots Records)
Given the title of the band, it’s obvious it’s going to be vocal-forward piece of symphonic metal. An accurate assessment as Essentia moves along, as it feels like it is merely trying to find its footing with the first few tracks and nothing really leaves much of an impression. Truth be told, the first track to leave much of a mark isn’t until track 7, “Freaks.” Victoria’s vocals are strong, but the instrumentation supporting her often plays by the usual symphonic tropes and due to that, not much of it ends up resonating. The best symphonic metal acts have just as much riding on the music behind the singer, and that just doesn’t feel like the case here. – Kyle McGinn (Victoria K on Facebook) 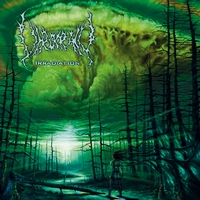 Virocracy – Irradiation (MDD/Black Sunset Records)
Progressive death metal is on the menu for Virocracy, with Irradiation being their first full-length album. There’s a pleasant mix of the prog/tech influences along with some straight-up heaviness, with one side never going too far in either direction. There’s a lot going in any particular track, with many hitting the 6 to 7 minute mark, but there’s such a wealth of diversity in tempos and tone that it never feels like the tracks outstay their welcome. It’s got bite to it, and playful melodies strung into it – an easy thumbs up for death metal fans. – Kyle McGinn (Virocracy on Facebook) 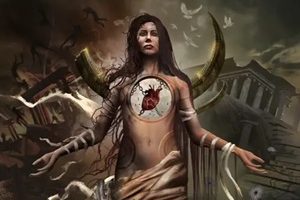