Getting closer to the midway point of the year and things are starting to pick up steam considerably. After a somewhat quiet start, 2015 is starting to show us what it’s made of (not to mention the flood of releases to come over the next few months). That’s precisely why the Rapid Fire column exists to begin with – to keep everything up to date so nothing falls through the cracks. This month we examine Bleeding, Bloodrocuted, Come Back From the Dead, Cromm Cruac, Dark Quarterer, Dissident Clone, Exorcism, Kastasyde (pictured above), Macabre Omen, Opium Lord, Sect Pig, The Grotesquery, Voice of Ruin, Worldview, and Xul. 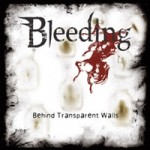 Bleeding – Behind Transparent Walls (Pure Prog Records)
A German band with four years under their belts, Bleeding puts forth their debut album Behind Transparent Walls. An amalgamation of progressive metal, thrash, and modern rock, the oddities in Psychotic Waltz guitar lines, heavier grooves, and fusing riffs/time signatures that shouldn’t work but do makes “Fading World”, the appropriately delusional “Madness” plus 10 minute doom meets Maiden-oriented epic “Solitude Part 2” ideal for those who like their progressive metal unique but not overly technical. Haye Graf’s semi-talk, semi-warble could be a major deterrent for larger hordes to flock to the Bleeding camp. – Matt Coe (Bleeding on Facebook) 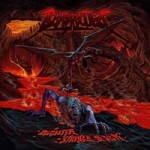 Bloodrocuted – Disaster Strikes Back (Punishment 18 Records)
The second album from Belgian quartet Bloodrocuted (Electrocuted modified I guess), Disaster Strikes Back is a 36 minute serving of standard mid-tempo to slightly speedier fare, featuring the occasional blast burst, double bass chicanery and shouted/gritty screams from guitarist Bob Briessinck. The likes of Slayer, Suicidal Angels, and a touch of the current US guard like Havok factor into the riff pile and arrangement ideas for “Consumer of Death” and the bee swarming title track. Problem is, a lot of the execution is amateurish at best, and even the newcomers to the genre could predict where the stop/ start action would come up (as well as an obvious “South of Heaven” nick in the “Revolution of the Enslaved” opening). Back to the drawing board, gentlemen. – Matt Coe (Bloodrocuted on Facebook) 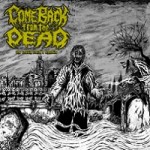 Come Back From the Dead – The Coffin Earth’s Entrails (BlackSeed Productions)
From Spain, and certainly quite fond of the vintage death metal sound (insert any random “classic” band here), Come Back From the Dead parlay all sorts of relevant influences into somewhat of an impressive display on The Coffin Earth’s Entrails. The Swedish side of the band cannot be overlooked, with suitable nods to Left Hand Path-era Entombed flowing all over the place, most notably on “Apocalyptic Great Panic.” The crust-a-thon that is “Better Morbid Slaves” is one of the album’s more hardened and/or ferocious numbers, while “Hell Inside” even takes off on some British doom ala Cathedral and The Unholy. With lots of quality influences in place, Come Back from the Dead (sounds like a horror movie title), should have little trouble expanding their reach with The Coffin Earth’s Entrails. – David E. Gehlke (Come Back From the Dead at Bandcamp) 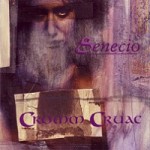 Cromm Cruac – Senecio (Vic Records)
A re-release from 1998, Senecio is the debut full-length from Dutch melodic death/technical metal bashers Cromm Cruac. An otherwise unknown entity on North American shores, the band has been bopping about since 1992, with their last release being 2010’s self-titled effort. Slow going on the release front aside, Senecio embodies a lot of the norms that came along with melodic death metal circa the late 90s. The flighty guitar work found on “Human Instinct” is worth diving into; same applies for “Capital Punishment,” which emerges as the album’s most varied and pummeling number. If anything, it’s a semi-worthy dive into the then-rapidly expanding melodic death metal style, shot through the lens of a band who never quite made it past cult levels. – David E. Gehlke (Cromm Cruac official website) 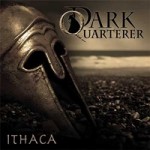 Dark Quarterer – Ithaca (Metal on Metal Records)
Seven studio albums in a 35 year recording career – carefully planning their output maximizes the cult appeal of Italian band Dark Quarterer. Straddling the fence between epic heavy metal with doom tendencies on “Mind Torture” and more progressive-oriented fare like the 10:30 “Rage of Gods”, these 7 songs should have large appeal to fans of Uriah Heep, Manilla Road, and possibly early Rush. Bassist Gianni Nepi’s nasally delivery can be endearing or off putting depending on your perspective, but this is a band with a rich history and if you love longer songs that feature epic strains, spirited moods, and lots of Blackmore meets Lovecraft metal spirit, Ithaca can be a mighty hammer for the soul. – Matt Coe (Dark Quarterer on Facebook)

Dissident Clone – State of Dysphoria (Tridroid Records)
Clearly a play on words of Anthrax’s hot/cold State of Euphoria album, Dissident Clone’s State of Dysphoria is a take-off on raw punk/grind in the two-man formation setup. Two dudes in a band often leave many gaps, but not so much here, where timing, tightness, and everything else a seasoned musician would cling to is often discarded for rawness. In turn, the topsy-turvy, seminal 90s vibe of tunes like the excellent “Servile Sector” and “Eye of the Wound” take hold because of Patrick Morris’s odd riff combinations, and the rambunctious time-keeping of Chad Brusnell. Unhinged grind 4-eva. – David E. Gehlke (Tridroid Records on Facebook) 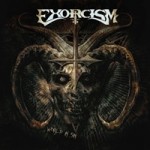 Exorcism – World in Sin (Dream Records)
Serbian musician Csaba Zvekan (also in Ravenlord and Metal Machine) felt the need to explore his classic doom side through Exorcism. World in Sin is the follow up EP to last year’s I Am God full-length debut, and Csaba surrounds himself with 10 other musicians, including Joe Stump, to execute these 5 songs. Those into Dio/Tony Martin period Black Sabbath will delight in “Black Day in Paradise” and the dramatic 6:51 “Black Star”. Reverence to the masters, Csaba has rich pipes and this is ideal for those who love more thematic arrangements and solid metal chops that focus on the riffs and hooks while throwing in neo-classical textures during the lead breaks. Available in limited physical form (666 copies) or through digital means. –Matt Coe (Exorcism on Facebook) 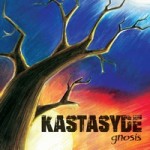 Kastasyde – Gnosis (Self-Released)
A strange brew indeed. Kastasyde takes elements of death metal, thrash, southern rock, groove, and more on Gnosis. Some tracks take a visceral approach, such as the opening “Natural State” and “Blackheart,” while the entirely acoustic “In the Spiral” and more melodic and somber “Empyrean” showcase a more emotive side to the band. The diversity is in fact, staggering. Unfortunately, some of it tends to lead to some jarring transitions. It sometimes feels as if there are two different bands on the disc, and had to check a few times that it was still Kastasyde (see the transition from “In the Spiral” to “Blackheart”). But the diverse approach has its merits, and as the band continues to refine their sound, it should open some doors for them. – Kyle McGinn (Kastasyde on Facebook) 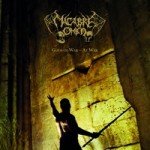 Macabre Omen – Gods of War – At War (Van Records)
Greek black metal act Macabre Omen are back with their second album, Gods of War – At War. Fans of epic black metal that doesn’t confine itself to genre standards will find plenty to enjoy here. There are some pretty grand melodies that insert themselves into most of the tracks (see “Man of 300 Voices”) yet the black metal base isn’t shaken by it. They also employ some clean vocals in a few spots, but they do not feel out of place. The riffing is a bit Viking-esque, and one can certainly cite some Bathory influence as well. Other than some low in the mix vocals, this is solid melodic black metal. – Kyle McGinn (Macabre Omen on Facebook) 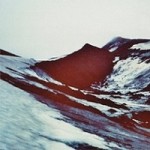 Opium Lord – The Calendrical Cycle: Eye of Earth (Candlelight)
Only one real way to serve up British sludge: Slow, and slower. The necessitated plod and ugly dynamics that comprise of Opium Lord’s second album The Calendrical Cycle: Eye of Earth are largely the product of what the sludge metal sound has become. It’s almost as if these gents could do without having any actual guitarists and opt to go with just bass, but…they have three guitarists. That factoid alone would normally suggest some significant weight is carried in the guitar department (which there is), but the primary tenants of sludge relegate the guitar attack null across jams like “Challenger” and “Pink Mass.” At least Opium Lord is probably loud. – David E. Gehlke (Opium Lord on Facebook) 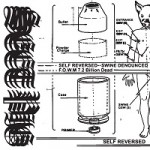 Sect Pig – Self-Reversed (Nuclear War Now Productions)
Purposely evasive when it comes to their image, as in, no one knows the band member’s names, or their nationality, Sect Pig play a stifling style of experimental black metal. Self-Reversed is the second actual release, the follow-up to 2013’s Slave Destroyed. Simply an 18-minute, one-song EP, it harbors plenty on extreme BM thrusts (chaotic blasts + riffing), plenty of sound samples (some of which go overboard), and a surprisingly calm atmosphere that bails the song out from no-man’s land. Essentially a grand experiment that could go right or wrong at any second, the 18 minutes that comprise of Self-Reversed are interesting, to say the least. – David E. Gehlke (Sect Pig at Bandcamp) 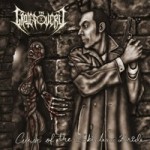 The Grotesquery – Curse of the Skinless Bride (Cyclone Empire)
And so another month passes, and another album featuring Rogga Johansson hits the streets. Really, where does he find the time? The Grotesquery also features Kam Lee (ex-Massacre), and honestly, does go a bit outside of the ‘usual Swedish death metal’ fixation that many of Johansson’s bands seem to gravitate towards (but not too far). Curse of the Skinless Bride is a conceptual album that actually serves as a sequel to their first album and is influenced by horror masters Edgar Allen Poe and H.P. Lovecraft. There are a number of narrations throughout to aid with the story, but they also serve as a nice break from the death metal onslaught, though there is a bit more atmosphere to take in. All in all, an intriguing tale that makes good use of the death metal tone to tell its tale. – Kyle McGinn (The Grotesquery on Facebook) 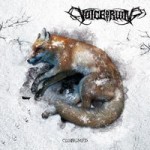 Voice of Ruin – Consumed (Tenacity Music)
Some groovy modern metal is what Voice of Ruin puts forth. Consumed is an EP that follows the band’s debut Morning Wood last year. The two new cuts feature a nice combination of Lamb of God-esque groove alongside some more death metal heaviness. It’s a solid combination that makes one want to investigate their debut, as it does pack quite a punch. Your tolerance for the remainder of the EP has to do with your thoughts about remixes, as there are four that round things out. The remixes of “Morning Wood” and “Day of Rage” feel more akin to Fear Factory in their approach to altering the structure of the song in a more electronic way. The last two are remixes of the song “The Rise of Nothing” and have more of a video game vibe to them. The remixes aren’t going to hold your attention for too long, but the two new cuts are enough to wet your whistle to see what Voice of Ruin are all about. – Kyle McGinn (Voice of Ruin on Facebook) 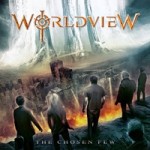 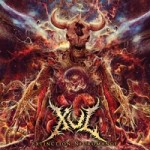 Xul – Extinction Necromance (Self-Released)
Another band set on staking their claim to the blackened death metal crown, Extinction Necromance is an unrelenting half-hour of blistering material. While it is clear the band has some clear songwriting skill, the music rarely slows down to show off anything other than frantic blasting and riff progressions. Containing only four songs, each one has a tendency to overstay its welcome as they push towards the 7-8 minute mark. With this type of material, there’s simply no need to push length to that extent. Couple that with a sometimes distracting production (particularly the fuzzy guitars), and it seems Xul needs to go back to the editing room for a bit. – Kyle McGinn (Xul on Facebook)