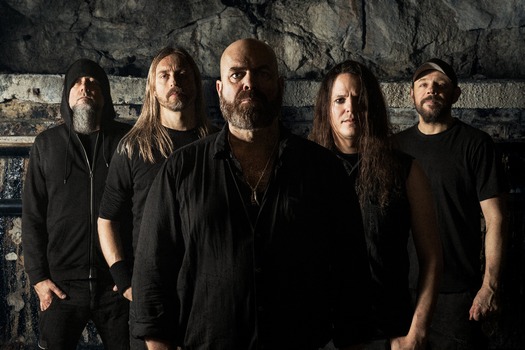 Those who have followed Dead Rhetoric for a while probably know that this column often highlights other bands and albums that I thought were also killer, but could not sneak into any honorable mention or longer best of list for the year. What better way to point them out then than through a top ten song list of 2020? Although one artist chose to release a series of blistering singles to the world, others crafted strong albums in a variety of genres: thrash to progressive, doom to traditional, and a bit of alternative/gothic touches enter the mix.

Who knows, you may discover something new from this fine set of tracks. Without further fanfare, here are my top ten songs of 2020.

10. Communic – “Hiding from the World” (from Hiding from the World)
Norwegian progressive/power metal masters Communic in this title track encompass all shades of light, dark, heaviness and atmosphere. Much like Nevermore in their prime, with a bit of Psychotic Waltz etherealness for a twist.

9. Night Demon – “Vysteria” (from the single Vysteria)
A song for the pandemic. A US band never stopping in their quest for global domination. Night Demon isn’t resting until they achieve their long-term vision. This song keeps the fire burning for metal glory.

8. Sepultura – “Means to an End” (from Quadra)
Debate about the band with Max or without Max should be long over – especially when the current band can write and execute material like “Means to an End”. Fierce, pounding, and addictive – between the tribal-like percussion at points and stirring rhythms, it’s as if Chaos A.D. gained a 2020 makeover.

7. Pallbearer – “Forgotten Days” (from Forgotten Days)
Arkansas act Pallbearer transcend tags like doom metal or progressive rock – now onto album four, they’ve grown into their own entity. Another title track that lulls you into comfort, like a two-ton freight train at slow speed that you just can’t turn away from.

6. Vanishing Point – “Count Your Days” (from Dead Elysium)
Australian melodic progressive metal act Vanishing Point achieve high marks for uplifting vocal melodies against some equally engaging musical support. A straightforward effort that aligns well with those who love Kamelot and Evergrey, the majestic, emotional chorus hits all those trademarks we need and love in this genre.

5. Raven – “Top of the Mountain” (from Metal City)
Veteran musicians and solid songwriting usually win over anyone. Add in some contemporary help behind the boards for mixing and mastering help and you have Raven with probably their best sounding, most versatile effort in decades. A cat and mouse riff parade with powerhouse drumming and bassist John Gallagher hitting those peak shrieks as if he’s 20, not in his 60’s.

4. Judicator – “Gloria” (from Let There Be Nothing)
US power metal with equal inspiration from their domestic side as the European vanguard, “Gloria” contains solid guitar harmonies plus the Hansi-esque vocal presence of John Yelland that will make it impossible not to sing in unison to the track. Add in the female contrast with Mercedes Victoria to build that theatrical nature to the arrangement and you’ll understand why Judicator are well-respected for their hard work and consistent quality.

3. Dawn of Solace – “Lead Wings” (from Ashes)
Back from the dead, Dawn of Solace are the gothic/melancholy-oriented metal outlet for Wolfheart’s Tuomas Saukkonen. Recording the bulk of this record on his own along with vocal and keyboard assistance plus lead guitar breaks when necessary, “Lead Wings” leads of the record in grand style. The circular guitar melodies and Mikko’s voice of despair stance makes for a seamless team to treasure.

2. Haken – “Invasion” (from Virus)
A cappella opening, djent-like keyboard/drum measures, bombast progressive sequences, and never forsaking melodies and hooks through it all – Haken truly are amazing in their progressive metal craft with “Invasion”. It’s easy to understand why they recently got to tour with the Devin Townsend Band stateside and increase their already fervent following.

1. King Witch – “Of Rock and Stone” (from Body of Light)
Doom metal with some epic sequences, old organ tinges, and a mighty powerful speed change midway through that takes a page from 70’s hard rock – King Witch on “Of Rock and Stone” strive to let the chips fall where they may. And it’s hard not to take notice of the Janis Joplin-oriented pipes of Laura Donnelly, often feeling like she’s fighting to be heard above the music her compatriots deliver. 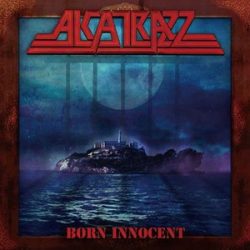 Biggest Surprise of the Year: Alcatrazz – Born Innocent
Graham Bonnet at 72 sounds like he’s still in his prime with the newest Alcatrazz album Born Innocent. Recalling the 80’s era of the band with Joe Stump shredding away on guitar, the band manage to write infectious material that stands up well in the current times. Unfortunately the strife going on with management though has seen Graham leave and Doogie White step in, meaning we may see a two-headed fight for the Alcatrazz moniker going into 2021. 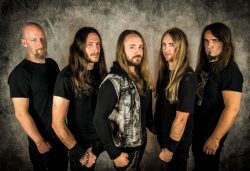 Best Newcomer of the Year: Gomorra
Containing Destruction guitarist Damir Eskic, Gomorra is a heavy/power metal outfit with a mix of influences that cross European and North American lines. Their debut full-length Divine Judgement had plenty of headbanging tracks that appeal to those into Annihilator and Metallica with a bit of that Judas Priest/Iron Maiden texture for good measure. 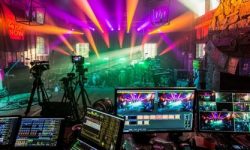 Biggest Disappointment of the Year: COVID-19 and the Live Concert Market
Without a doubt, the coronavirus took its biggest toll on the live concert industry. From March onward, the lack of live shows indoors and outdoors, from small bar gigs to large festivals would be shut down, forcing people to stay safe, stay at home, and find other avenues of entertaining themselves with social distancing in place. With a vaccine on the horizon, we can only hope that at some point in 2021 metal bands will be able to pursue more live opportunities – but this lack of income will certain take its toll in the long run for many in the industry used to this viable form of entertainment. 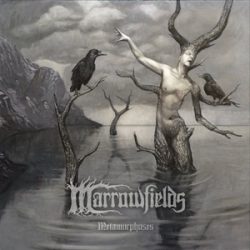 Best Cover Art: Marrowfields – Metamorphoses (see larger image HERE)
Kishor Haulenbeek captured the atmospheric doom metal with extreme touches that Marrowfields encompass on their debut album through this specific cover. The color scheme, the birds, the ominous clouds, the ripples within the water – it’s the type of art deserving of a large poster to intensely scrutinize and pick out all the little details. It should be a record that gains plenty of airings by music alone – but the art could convert many fence-sitters without hearing a note.

Best Video of the Year: Humavoid – “Aluminum Rain”
Finnish aggressive/progressive metal act Humavoid meld together aspects of djent, jazz, and fusion twists with their own seasoned music school training to captivate the listener. Combining live performance and twisted visual elements, the effect is as insane and harsh as you would expect. Madness comes to life.

Most Anticipated album of 2021: Judas Priest
Considering the incredible Firepower effort a few years back, we can only hope for another blockbuster from the veteran pure metal outfit again in 2021. Who knows how many more studio albums we will get from this act before they finally retire – but it’s not wrong of us to hope that they will end on a high note, especially considering this year is the 30th anniversary of the Painkiller record. Hell Bent for Leather indeed.