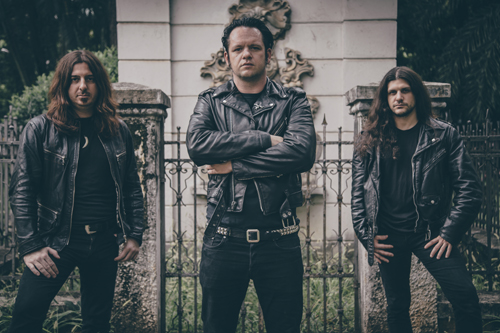 Choosing to keep this short and sweet, my top ten songs are a sneaky way to get ten other acts into the mix that may have also made my top album list, had I been able to choose more than twelve records without honorable mentions. Better to be obvious than not, right?

Once again, the world is filled to the brim with exciting material from all over the globe- both on a signed as well as independent basis. It’s all within your finger tips to discover and share – turn people on to the bands that fuel your day, keep the metal movement going strong.

10. Protean Collective – “Dead Ends” (from Collapse)
Fortunate to be able to take in numerous New England metal acts, Protean Collective are a shining star for those who love progressive metal that incorporates everything from alternative to djent outlooks in a seamless, intoxicating way. “Dead Ends” is indicative of the collaborative, push and pull process from the music to the vocals – keeping the listener engaged from beginning to end. And the band also deliver that same energy and intelligent approach on the live front.

9. Leprous – “Illuminate” (from Malina)
The Scandinavian progressive metal/rock scene is one of the most exciting worldwide- thanks to bands like Leprous. The subtle nuances of exploring the grey areas in terms of songwriting make them stand out – and “Illuminate” is a perfect illustration of this. Be it through the side shuffling tempo against the jagged keyboard/guitar combinations, all the while the smooth vocal melodies sitting comfortably on top – it’s addictive and keeps me coming back for more.

8. Orden Ogan – “Gunman” (from Gunmen)
German power metal will never die- especially in the hands of Orden Ogan. Bigger choruses, bigger choirs, searing guitar harmonies, intertwining their love of folk and power to a modern level – this track embodies the band’s ascension in the scene. Already headliners in mainland Europe, can conquering North America not be far behind?

7. Unleash the Archers – “Cleanse the Bloodlines” (from Apex)
Another outstanding release from the Great White North, Unleash the Archers represent the strong young power metal guard. “Cleanse the Bloodlines”, outside of the striking visuals within this video, the music fills the aural landscape with vigor, especially in terms of the premiere multi-octave melodies from Brittney Slayes.

6. Warbringer – “Silhouettes” (from Woe to the Vanquished)
After watching a band vanish before his eyes, John Kevill resurrects Warbringer to a prominence beyond any new thrash label you can slap at them – “Silhouettes” a perfect example of the band’s vicious attack, strong riffing, and propulsive transitions that put the band at the top of their game. There’s a reason why they can appeal to a broader extreme audience, while still gaining loads of melodic thrash followers in the process.

5. Wolfheart – “World on Fire” (from Tyhjyys)
Melodic death metal has been a staple in my diet – and with bands like Finland’s Wolfheart continuing to excel at their craft, there’s no shortage of quality to enjoy. “World on Fire” features wonderful piano passages against the speedy riffing and natural cadence that captivates, serving up these brutal riffs that appear blackened and darker than ever before. Three albums in and always keeping me excited for what the future holds from this outstanding group.

4. Battle Beast – “King for a Day” (from Bringer of Pain)
The fourth album from Finnish metal band Battle Beast is a breakthrough in North America- finally allowing the band to tour these shores. Adept at adding those 80’s keyboard hooks and melodies within their powerful sound, “King for a Day” keeps those toes tapping and hands clapping as people shout along with the addictive chorus.

3. Pain of Salvation – “Meaningless” (from In the Passing Light of Day)
Always eclectic in their progressive electricity, Pain of Salvation establish themselves as a breed apart through each successive release. “Meaningless” succeeds once again because of those sparse contrasts – the quiet, the heavy, the thoughtfulness, the tenderness, the explosiveness.

2. Iced Earth – “Black Flag” (from Incorruptible)
When it comes to hefty power metal with aggressive tendencies while never forsaking melody, Iced Earth are the kings of their domain. This pirate-themed track showcases the softer and heavier sides of the group, featuring one of Stu Block’s best vocal performances with the band to date. Sway and throw those fists high.

1. Ne Obliviscaris – “Intra Venus” (from Urn)
Australian progressive extreme metal masters Ne Obliviscaris return with another tantalizing, versatile offering here. The contrasts work seamlessly, especially in terms of the clean to extreme switch-ups on both the musical and vocal fronts. A fervent scene is blossoming down under, all hail the global metal frontier.

Biggest Surprise of the Year: The Tape Phenomenon
It’s one thing to expect the resurgence of vinyl years back – it’s quite another to see many artists putting out limited edition product on the cassette tape format. Nostalgia surely plays a part – the question is, how long will the desire last? Are people going to bust out their boomboxes and Walkman to hear these tapes – and how will they handle the propensity for tapes splitting apart due to natural wear and tear? I’ll stick to CD’s, digital music, and the occasional vinyl record, thank you. 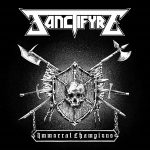 Best Newcomer of the Year: Sanctifyre
Infusing an addictive brand of traditional-oriented power/speed metal, Sanctifyre hail from the Pacific Northwest and released a killer debut EP Immortal Champions during the summer. Their style of twin rhythms, Shrapnel-style leads, and acrobatic high-pitched vocals draw comparisons to Agent Steel, early Helloween, and Iron Maiden among others. Fingers crossed that their next product will be a full-length record, as they are prime and ready on their quest for glory. 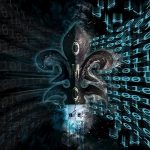 Biggest Disappointment of the Year: Operation:Mindcrime – The New Reality
Willing to give Geoff Tate the benefit of the doubt considering his place in metal history through his Queensrÿche discography, these alternative / progressive rock efforts seem very scattered and poorly executed for such a talented musician. The third part of a trilogy, this hour-long effort can be a fatiguing front to back experience – the atmosphere and modern/cyber touches not aiding the cause. The New Reality is, Geoff’s best days are in the rearview mirror – not the way you want such a magical voice to stride into the back half of his career. 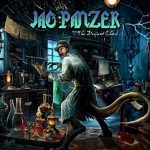 Best Cover Art: Jag Panzer – The Deviant Chord (SPV)
Artist Dusan Markovic has made quite an impression in the metal realm these days – adding Jag Panzer to a healthy list of bands who seek out his work. Conjuring up a mad scientist/ Jekyll and Hyde theme piece that contains many deeper nuances to discover time and again, it’s the type of art that people don’t mind on a bigger stage – poster board material if you will. Good to see that bands like Jag Panzer still believe in the importance of the visual medium to making strong first impressions on what to expect once the music plays.
See larger image HERE. 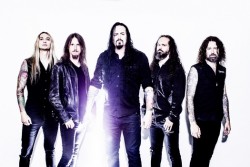 Best Concert: Evergrey June 3,2017 Jewel Nightclub, Manchester, NH
18 years between seeing Evergrey for their first US appearance and this year in support of their 10th studio album, the connection to their power/progressive metal style remains as vibrant and electric as those early days. Transporting the material from the studio to the stage, the emotional engagement and connection from band to audience and back is palpable. A full 90 minute plus headlining set that contained numerous current favorites as well as wide swath of classic cuts, the three hour plus drive was well worth the output as hundreds came from all around New England to show their love for this Swedish veteran act. 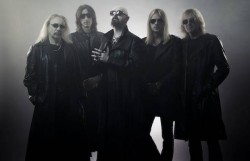 Most Anticipated Album of 2018: Judas Priest – Firepower
Changing up my usual King Diamond studio record request (although word is, studio sessions could start soon), it’s always exciting when the old guard hook up with respected producers like Andy Sneap and Tom Allom for their new studio album. Judas Priest with Firepower hopefully will release a record that brings the metal to the masses in unity, the hooks and melodies we’ve come to know and love. Will it be the proper successor to Painkiller? Who knows… fingers crossed though that it will crush. 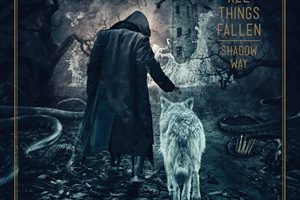