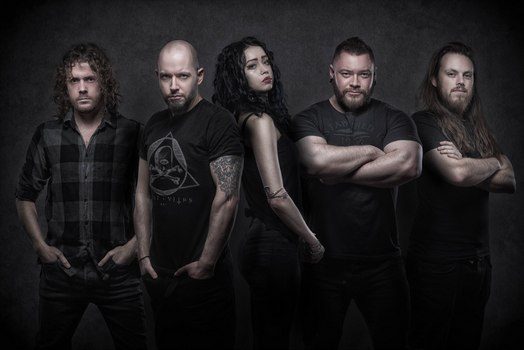 It’s still a nice feeling to find a band that’s firing on all cylinders through random discovery. The UK’s Mask of Judas are a band that’s hard to describe in a one-sentence blurb, but they are very clearly onto something that’s fresh and interesting. They pool their influences from a number of metal sources (and many not limited to said genre) in a way that should captivate those looking for intricacy in their metal, as well as something immediately gratifying. We caught up with guitarist Sam Bell to give us the lowdown on their new album, The Mesmerist, thoughts on progressive material, and what it takes to be successful today.

Dead Rhetoric: The record was four years in the making. What are some of the events along the way that led to the release of The Mesmerist?

Sam Bell: I spent a lot of time focusing on smaller details of the song writing before even taking the demos to the rest of the band members. Before even recording the album we had been rehearsing the songs, the rest of the band were adding their parts and we were trying the songs out live at various festivals and shows. This coupled with the fact that everyone has different jobs and schedules, rehearsals and recording times were often tricky to synchronize. When it came time to record we had a few financial set-backs which delayed some of the process, but fortunately with the help of some incredibly talented friends we were able to finish the album of to a high standard.

Dead Rhetoric: How do you feel that The Mesmerist compares to your previous material?

Bell: The early material that we wrote was us testing the water so to speak, The Mesmerist is a true picture of what we’re capable of as a band, as performers and songwriters. I feel each song is unique and tells a different story. The production in particular is much better than our old stuff thanks to Jacob Hansen who mixed and mastered it. I also strongly feel that everyone has performed their arses off on this release!

Dead Rhetoric: With the diverse influences that the band incorporates, what’s the songwriting process look like?

Bell: We all have very different range of influences coming from a wide spectrum of different styles of music. Personally I don’t have a background in ‘metal’ music. But I do love great pop, particularly 80s pop and rock, even modern pop. The way the writers pull together succinct songs with great production and hooks is inspiring. I also love fusion, how it is the total opposite of pop, its about stretching the rules and using improvisation as a vehicle of telling a story.

However, I remember hearing what Sikth were doing when they first came around and being blown away by it. I liked how they had their own voice at the time, they had something truly unique, they manged to mix technical stuff with groove and great structure and most importantly interesting melody’s and harmonic structure. Hearing their music made me feel good about being a bit of an outsider influence wise in a metal band, it said to me that you can really pull your influences from anywhere you want as long as you are honest with yourself and listen carefully to what you’re creating.

In terms of songwriting process: I will often hear an idea in my head or stumble across something on the guitar, then I take that to my computer and sit with Cubase fleshing out a full demo of what I intend the idea to sound like. Then I take it to the band, they generally like it but often my drum programming/bass ideas aren’t that of a wicked drummer or bassist. So Jof and George (drums & bass) write their own parts and along with Jo will often suggest adding parts or most often taking things away from the song until its ‘ready’ for vocals. Then Jo writes her vocal melodies/patterns/lyrics to a more ‘final’ demo. Then we rehearse it, gig it to death and then we recorded it!

Dead Rhetoric: What do you hope that listeners will take away from hearing The Mesmerist for the first time?

Bell: I hope they enjoy it for what it is, what more can a band ask for?

Dead Rhetoric: Jo’s vocals can go from savage to soulful. Does that range help to bring the band into more unique territory?

Bell: It definitely helps us be more versatile with where we go in our songs dynamically. There is a bit a sense of playfulness when song writing, I like the songs to be as eccentric as possible, to really get a point across. Jo’s vocals really enable us to exaggerate these dynamic shifts more clearly. She does some amazing stuff on the album.

Dead Rhetoric: The Mesmerist is currently out digitally. Do you have plans for a physical release as well?

Bell: We do have plans for a very limited CD release in the near future once we have managed to make a few digital sales of course!

Dead Rhetoric: What do you feel that progressive metal has to offer now that it couldn’t do in the past, be it through technology, songwriting, or both?

Bell: I think for tech metal in particular is that musicians can learn anything they want to and practice it. The Internet, YouTube, online lessons, free content, it’s all over the place. It’s hard not to be super inspired and overwhelmed at the same time! The level of technique these musicians can attain is incredible. It’s very easy to make decent demos these days, it’s easier to get it out to a potentially large amount of people, although that seems to be changing as social media platforms are changing. I am not sure what it has to offer, tastes constantly change. However, I can only see it developing for the better and constantly becoming more creative each time.

Dead Rhetoric: Where would you like to see Mask of Judas take their sound as you continue writing in the future?

Bell: I can’t possibly say. Now The Mesmerist is out, I feel happy that this is our sound. I know what I might do differently on future songs. I might put the 8 string down, even though it has worked amazingly for some of these songs. I think I might make it more harmonically rich and maybe leave a little more space than I did for The Mesmerist. However, I wanted this album to be a complete sensory overload, I am proud of it.

Dead Rhetoric: How do you try to use social media to your advantage as a band?

Dead Rhetoric: What do you feel that a metal band has to do in order to be successful in today’s world?

Bell: First of all I have no idea, I am not qualified to answer this but in my humble opinion…but I think it’s about playing the game. If you really want to do it, then you have to make it as pop as you can. Keep things simple, strong vocal hooks, fairly safe harmony, massive production, interesting videos, posting the right memes, collaborating. It really has to be a polished product.

I think a lot of people starting out sometimes get disillusioned by look at old models of how early metal bands became successful, it’s all completely different now. It changes every year! If we were successful to high level, I would tell you! haha I can’t speak on this subject really, The Mesmerist is a technical metal album, it’s meant to be a technical sensory overload that hopefully some people who love this style and maybe some who haven’t heard this style before enjoy. We enjoy every opportunity that comes to us, if one person says they love our album, then that means the world to us. Also, I don’t know much about meme sharing.

Dead Rhetoric: What’s your view of the progressive scene in the UK?

Bell: I felt like a few years ago there was a scene, but now it seems everyone is content doing their own things, which isn’t a bad thing. It means that people will start to focus again on being themselves and hopefully we will get even more new unique progressive music out there! I think there is a lot of good in having scenes as well. It invites collaboration, gig opportunities and greater awareness of artists.

Dead Rhetoric: What are your plans for the next few months?

Bell: Physical CD release and gigs! And we will keep pushing this album of course, we would like to get into some cool festivals next year, that would be awesome! 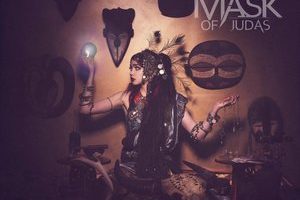 Mask of Judas – The Mesmerist (Self-Released)