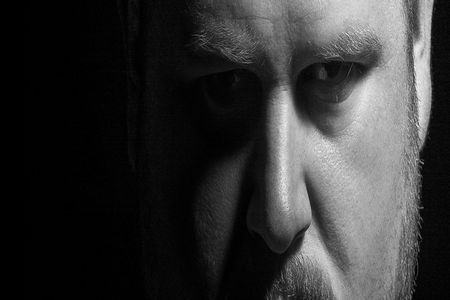 Blackened death metal act Martriden has never been one to repeat themselves. Each album lent itself to the above label, but the outside influences and atypical songwriting have kept Martriden as a band that isn’t afraid to challenge themselves and the listener. After Encounter the Monolith was released in 2010, the band went below the radar (sans some Facebook activity). But in late 2015, they quietly released their latest album, Cold and the Silence directly onto Bandcamp.

Following the footsteps of their prior releases, Cold and the Silence shows the next step in the evolution of Martriden. A more progressive approach (including some killer clean vocals) while remaining true to what they’ve always done, it quickly earned a place on this writer’s Best of Bandcamp list for the year. Naturally, we at DR decided to get some more answers from the band directly. Guitarist/vocalist Shane Howard tells us below about what occurred in the downtime between albums, cover art, a physical version of Cold and the Silence, and more.

Dead Rhetoric: It’s been almost six years between Encounter the Monolith and Cold and the Silence. What have you guys been up to in the meanwhile?

Shane Howard: I have been moving around an awful lot since Encounter came out. I had a stint in Missoula MT, then tried to run a studio in Spokane WA, which didn’t work out, but it was when we got most of the primary song writing done on Cold and the Silence. We did play 5 or six shows in Spokane but could not dig into the scene there. It’s just too small and not enough bands to keep it going. A job opportunity opened up as an assistant at the studio in Denver with Dave Otero, so I jumped at it and moved back down to Colorado. Since then I have been moving from apartment to apartment in the Colorado area until settling down up in Henderson, where I now live and run a studio out of the house.

Kyle moved to the Denver area about a year ago, but we are still hoping Will can find his way here from Spokane.

Dead Rhetoric: How do you feel Martriden has changed as a band over this time?

Howard: Well, I like to think that all the experimenting we’ve done between the two albums has given us a much more diverse pallet of sounds to write from. This makes me feel like we can really write any type of riff we want without feeling constrained to a certain style or mood.

Dead Rhetoric: Your biography at your official website notes that there were no time constraints for Cold and the Silence. How long did you spend working with the material to get the desired results?

Howard: There was one primary year when we did most of the writing through tabbing and demo recording. Then we used probably another entire year of rewriting and smoothing transitions and working really hard on the keyboards. It was difficult because we were just getting to writing the vocals when I was getting ready to leave for Colorado. We had no vocalist at the time and I decided I was just going to do it. When I started writing vocal parts, there were these clean ideas I couldn’t get out of my head so I gave it a shot and tracked a few of them , thought they were really cool and told everyone else that I wanted to do a lot of cleans on this one. At this time we were spread all over the country and really didn’t get back to writing until about 9 months later when we were ready to record the whole thing. Almost all of the final vocal melodies and heavy’s were written in the studio. I was fortunate enough to be working there and got a lot of work done afterhours and on weekends. It was a tremendous amount of work and I’m very difficult to please.

Dead Rhetoric: You’ve maintained a relationship with Dave Otero since your first recordings. How important are his (and Shane’s) behind the knobs contributions to the overall sound of the band?

Howard: Dave will always have a hand in Martriden recordings. I don’t believe it’s wise to do your own album. It becomes very difficult to have an objective view when it’s your own material. However the fact that I do have studio experience, not only helps me producing the album from early on in the writing process, but also allowed me to communicate ideas across to Dave very effectively.

Dead Rhetoric: Each one of your albums has seen the band grow and progress in new directions while maintaining the “Martriden sound.” How important is it that the band continues to incorporate new directions and avenues?

Howard: Not important. No matter what we do, evolution is going to happen to the music, it’s just part of getting older. However I did pump the brakes on Cold and the Silence in some aspects trying to maintain an extremely natural feel to the whole record. There will be no brakes or rules on the next material we put out.

Dead Rhetoric: Were you torn at all about having such prominent clean vocals on the album and how long-time fans might respond to them?

Howard: Not really, I like the clean vocals and I think they fit the music. The whole reason the band existed in the first place was to write music that we wanted to listen too. Clean vocals have always been a thought on every Martriden record. It’s just that cleans require a lot of thought when writing and recording and due to our significant disorganization in the past, we never had allowed for the practice and writing of them.

Dead Rhetoric: Cold and the Silence was released rather quietly onto Bandcamp at the tail end of 2015. Any reason for the lack of fanfare and promotion upon the album’s release?

Howard: We didn’t have the assets to make a real big splash with the release, and kind of just hope it will work out on the quality of the music itself. We would’ve liked to make it a bit bigger deal but that’s kind of what happens when you’re an independent band that’s been quiet for the last 5 or so years. We’re working on more promotional stuff for it now, in the aftermath of our quiet release, so keep an eye out for things on YouTube, Bandcamp and our Facebook.

Dead Rhetoric: The use of colors on the artwork of Cold and the Silence is stunning (you don’t see a lot of purple and pink on most metal covers). Any inspiration behind the design?

Howard: Our friend Ken Sarafin of Sarafin Concepts did the artwork, and he does a ton of metal covers. But we didn’t actually commission the piece. He had it done and in his gallery. Normally you wouldn’t think picking up an old piece of art that a lot of people have seen before would be a great idea but when I saw the picture I thought there is no better picture that captures the mental imagery of the soundscape we were trying to portray. I couldn’t think of any other art piece that would work after seeing his picture. It was perfect for the album.

Dead Rhetoric: Do you have any plans to release a physical version of Cold and the Silence? If so, have you considered a label-backing or will you just do it solo?

Howard: Well, no labels have approached us in about 6 years. So if they wanted to back it, we would be all ears. But as of right now we are in the middle of getting physical copies made available.

Dead Rhetoric: Any plans of doing some live shows or touring in support of Cold and the Silence?

Howard: That’s a tough one. One of the reasons this album has taken so long is because of the debt acquired from touring. It’s hard to play shows when we are still so separated.

Dead Rhetoric: Any favorites from 2015 that you enjoyed that may have been below most people’s radar?

Howard: An Australian band named Sanzu is amazingly heavy, and a Swedish deathmetal band from Finland named Morbid Vomit, and is really doing it for me right now. I don’t really care for much of the newer music coming out.

Dead Rhetoric: What can we expect to see from Martriden in 2016?

Howard: We’re currently getting things organized for a proper release of physical copies for Cold and the Silence. There is no set date on that but we are shooting toward early spring. We also do not plan on going into hibernation so-to say…we are in the writing phase for another release, perhaps an EP. And hope to get that out to people in late 2016 or early 2017. 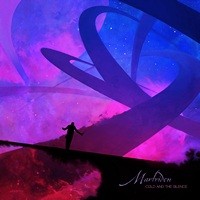