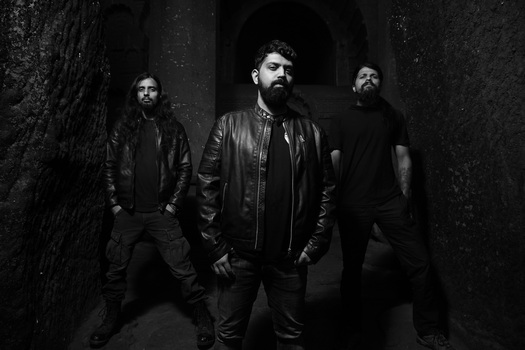 Out of the cold and into the spring. Usually there’s a slew of spring releases to prep for the summer festival onslaught, we’ll see how this year goes considering the questionable road ahead still and the uncertainty of when everything is going to re-open (and what that will actually look like). In the meantime, check out some quick takes on our latest group of rapid fire reviews. This month we look at Anhedonia, Animal House, Dead Exaltation (pictured above), Distant Past, Ironbourne, Marble, Nemoreus, The Quill, Rioghan, Saxon, Thorium, White Void, and Witchtrip. 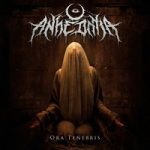 Anhedonia – Ora Tenebris (Self-Released)
An EP follow-up to their 2019 full-length debut, Anhedonia aim to simply crush listeners down with heaviness on Ora Tenebris. Unlike many of their downtuned deathcore peers, they have a good sense of dynamic and know when to change the tempo while keeping it all brutal. Hence making the slower chugs more devastating (see “Matriarch”) as well as keeping the songs short and to the point. It doesn’t deviate too far from the expected sound, but this is well-polished and solid for those into the sound. – Kyle McGinn (Anhedonia on Facebook) 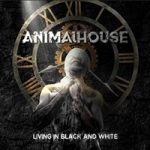 Animal House – Living in Black and White (Punishment 18 Records)
A debut album from Italian metal act Animal House, Living in Black and White intertwines straight ahead heavy metal with European power aspects. Expect strong guitar mechanics, plenty of double kick propulsion, and multi-octave vocal heroics with the proper mead hall choruses – the tempos moving from more Priest/Maiden-esque affairs like “Beyond Your Fate” and “Need to Be Me” as well as Teutonic-flavored bursts of the Helloween/Rage angles during “The Man from Nowhere” and “Eyes of Revenge”. Guest support comes Italian musicians from Rhapsody (Of Fire), Temperance, and Extrema as well. A strong, consistent initial outing – plenty of catchy tracks, excitement, and diversity to hopefully gain buzz for those who love this style. – Matt Coe (Animal House on Facebook) 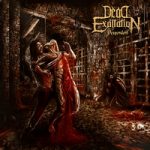 Dead Exaltation – Despondant (Self-Released)
An initial gander at this forced a traditional death metal image, but Dead Exaltation is pleasantly far more varied than that gory cover might lead you to believe. Sure it’s death metal to the bone, but conceptual lyrics and a helping of progressive riffs and surprisingly catchy melodies give it some added flash. There’s lots to catch the ear, and the band can hit with some urgent brutality as well. A real tragedy that main songwriter Mradul Singhal passed away in the middle of production. Despondant deserves a shot if you want some progressive death metal that keeps its fangs intact. – Kyle McGinn (Dead Exaltation on Facebook) 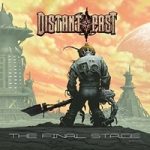 Distant Past – The Final Stage (Pure Steel Publishing)
Active as a studio project throughout the 2000’s and 2010’s, Swiss band Distant Past released two albums before two former Emerald members pushed this forward as a full act in 2019. Expanding to a quintet with a twin-guitar lineup, The Final Stage represents a tighter, compact sound that still evokes 80’s Iron Maiden/Judas Priest heyday moments. Bassist Adriano Troiano takes on lead moments against some exotic guitar licks for “Staring at the Stars”, while you can feel the syncopated axe ethics for “I Am Omega” bursting from your speakers. Although most of the songs hit that three to four-minute sweet spot, “Dawn City” at 7:16 allows Distant Past to stretch their vocal and musical horizons, traversing bluesy and progressive atmospheric twists of a calmer and roller coaster vein. The vocals of Jvo ‘Jay Jay’ Julmy are of a helium-oriented angle, which could produce love it or hate it reactions. Another for the older segment of metalheads. – Matt Coe (Distant Past official website) 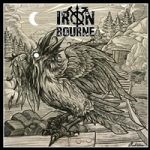 Ironbourne – Ironbourne (Pure Steel Records)
Forming out of a tremendous love of classic hard rock and heavy metal, Swedish act Ironbourne spit out nine tried and true anthems for this self-titled debut. Loads of NWOBHM influences with a doom slant come to mind – Saxon’s gallop, a bit of late 70’s/early 80’s Scorpions, Dio-era Sabbath, and Thin Lizzy too during “Elusive Reality”, highway roller “Covenant”, and the epic eight and a half minute closing shapeshifter “Year of Judgement”. The mountaintop, majestic melodies pouring from the voice of Torbjörn Andersson will put him in the pantheon of this style, mixing up Dio, Dickinson, and JB of Grand Magus in terms of strength, power, and magnitude, even on the Swedish sung “Varsel”. Only two years in, they are sure to create a buzz, hopefully extending from the forty-somethings into their sons and daughters. – Matt Coe (Ironbourne on Facebook) 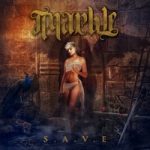 Marble – S.A.V.E. (Sliptrick)
A modern metal act aiming to move into the Delain and Beyond the Black territory, Marble contrasts a lot of melody and heavy riffing into their particular blend. On the positive end, they can bring some heavy moments that feel unquestionably metallic (even some growls here and there), which serves to separate them from a number of similar acts. However, the vocals are a huge part of this music and they fall a bit flat. There’s just not a lot of energy behind them, and its more noticeable as the melodic side is increased. It will be a major dealbreaker for many who hear this one (this scribe included), and it’s clear the band needs to make some tweaks to their formula if they want to really make a mark. – Kyle McGinn (Marble on Facebook) 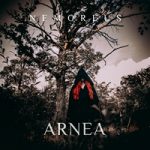 Nemoreus – Arnea (Self-Released)
Nemoreus is a new folk metal act from Austria, and Arnea is their full-length debut. An emphasis on clean vocals and a blend of fiddle and flute make this one rather accessible in sound, to the point where non-metal fans could probably equally enjoy the material. It’s as catchy as you would expect from such a release, with the folk instrumentation giving it the upbeat notes to jive with the heavy riffing going on in the background. It’s a strong debut overall, and there’s a lot of potential for them to expand their sound next time around. – Kyle McGinn (Nemoreus on Facebook) 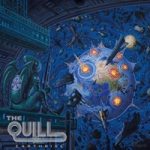 The Quill – Earthrise (Metalville)
Ninth album from Swedish quartet The Quill, containing members with ties to Ayreon, Spiritual Beggars, and Hanoi Rocks at one point or another, Earthrise keeps the focus on potent stoner/heavy metal. Chock full of catchy, melodic choruses, bluesy riffs, and pounding rhythm section mechanics, songs like “Hallucinate” and “21st Century Sky” pepper Sabbath-esque swing with Corrosion of Conformity-like fervor, while “Evil Omen” allows the musicians to get psychedelic, doomy, and free form instrumentally in an epic, 9:34 format. Experts at their craft, churning out material that sways the audience into smokey delight, pulling from decades of fuzzy tones and smartly delivered hooks. In a just world, terrestrial rock radio would add The Quill to every playlist instead of churning out “Iron Man” and “War Pigs” for the millionth time. – Matt Coe (The Quill official website) 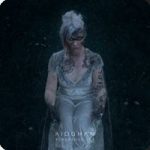 Rioghan – Blackened Sky (Inverse Records)
A solo project for singer/songstress Rioghan Darcy, Blackened Sky is the debut EP filled with gothic, progressive, and atmospheric vibes that convey a metal meets alternative rock vibe over the four songs. Her voice roars with impassioned fever on the Tool meets Opeth-esque “Enough”, while being tender and distant with alluring background support on the quieter “Wither”. There’s a rhythmic sensibility throughout these four tracks, as well as plenty of piano/orchestration support to up the cinematic scope, especially in the closing ballad “Corrupt”. Finnish artists convey sorrow, melancholy, and darkness in manners other nations can’t come close to – ideal for those who love gothic/progressive combinations of a left field, alternative/calmer platform. Hopefully the next record will be a full-length – 14 minutes only tips the surface of what Rioghan achieves in depth and devotion to her craft. – Matt Coe (Rioghan on Facebook) 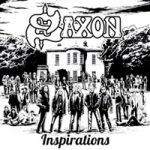 Saxon – Inspirations (Silver Lining Music/ Militia Guard)
Reaching back into influences from the 60’s and 70’s, Saxon decided to record 11 songs that hit home for Inspirations. It’s always exciting to hear metal interpretations of classic rock songs like “Paint It Black” from The Rolling Stones, “Problem Child” by AC/DC, and expected takes on Deep Purple and Motörhead material among others. Surprises include “Hold the Line” from Toto, where Biff is able to execute a little more of his AOR meets bluesy range on the main verses, as well as the powerful “Paperback Writer” by The Beatles, galvanized by a stronger, heavy guitar interpretation and those magnificent vocal harmonies. Already hard at work on their next studio record, these British legends are as strong creatively today as they were during their late 70’s/early 80’s run- well worth your time and energy to crank up and enjoy. – Matt Coe (Saxon official website) 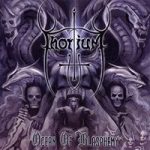 Thorium – Ocean of Blasphemy reissue (Emanzipation Productions)
Originally released in 2000 Ocean of Blasphemy, Thorium’s debut, managed to ensnare a number of different death metal influences into their raging package (noticeably Swedish and Floridian). Evoking an evil atmosphere that provides not only frenetic aggression but a sly melodic aspect, Ocean of Blasphemy really does have the ‘whole package’ working for it. With the interest in old school death metal at a fever pitch, why not check out something cut from the genuine article? A great re-issue that should get the band some attention from newer extremists to the scene. – Kyle McGinn (Thorium on Facebook) 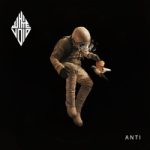 White Void – Anti (Nuclear Blast)
Forming with members of Ihsahn and Borknagar, White Void through their debut album Anti combine a hypnotic blend of occult rock, British New Wave, and eighties hard rock in these eight tracks. Based on Albert Camus’ Absurdism philosophy – embracing the absurd condition of human existence – songs like “There Is No Freedom But the End” and “This Apocalypse Is For You” transport the listener through jagged, driving guitar chords (think 80’s Grace Under Pressure/Rush), alluring vocal harmonies, and sweeping rhythm section activities from another time and space. Lars Nedland delivers mesmerizing vocal melodies circa The Smiths or The Pet Shop Boys, sharp in emotional distress for the moving “Where You Go, You’ll Bring Nothing”. Three years in the making, hopefully this becomes a productive outlet to explore through future records when time and space allow. – Matt Coe (White Void on Facebook) 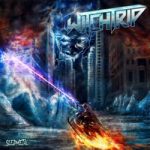 Witchtrip – Sled Metal (Self-Released)
An intriguing act that pulls in a number of influences, Sled Metal catches the eye with its epic cover as well. You’ll hear everything from thrash to death ‘n’ roll to sludge as the band rumbles through each track, squeezing in melodies along the way on top of all of that. Rocking grooves bring a Carcass Swansong type of vibe, but the well-rounded influences make sure that the band sticks to a more inventive and original sound. Witchtrip is onto something with this, and hopefully a full-length release comes soon. – Kyle McGinn (WitchTrip on Faceboook)