2014 was a big year. Starting here at DR back in October of 2013 and transitioning over to running most of the day to day operations by July afforded me plenty of opportunities I hadn’t gotten despite writing about metal for numerous years prior. Some highlights included nerding out for interviews with some of my absolute favorites, including members of Anaal Nathrakh, At the Gates, Cannibal Corpse, The Haunted, Black Crown Initiate, and of course, Devin Townsend (you may notice a trend as you read my top albums). I also caught a number of fantastic gigs (Arch Enemy, Amon Amarth, Arsis, and more) and even got to meet up with fellow scribe Matt Coe.

I would like to thank David for all of his help and patience with my near constant flood of emails such as, “where does this go/what does this do,” and the remainder of the staff for their contributions and being patient with me while I learned the ropes. But most of all I need to thank my wife, who lovingly dealt with all of my “I have to do an interview at time X” or “I need to get this review done tonight” with tolerance and grace. She is the best (plus that’s her BCI shirt shown above)! It’s tough sometimes raising two little metalheads, but having a supportive family always helps. But enough about me, let’s get to the music. 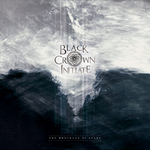 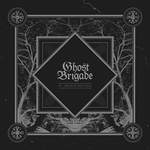 2. Ghost Brigade – IV: One with the Storm (Season of Mist) Ghost Brigade continues their streak of consistency with their fourth album. A lengthy three year drought without new material only served to up the anticipation and One with the Storm delivers some of the band’s strongest moments to date. It’s hard to pick favorites, but the post-rock inclined “Elämä on Tulta” and synth-driven “Electra Complex” highlight the band’s ability to evolve their sound. US tour please? 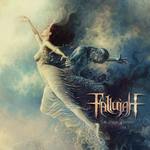 3. Fallujah – The Flesh Prevails (Unique Leader) It’s been a real treat to watch Fallujah change from The Harvest Wombs to this point. The Flesh Prevails takes the death metal mechanic and adds atmosphere and depth in ways that make it feel fresh and unique. Bound to start a trend of bands heading in this direction in the near future, it’s a testament to Fallujah’s growing strength as songwriters. 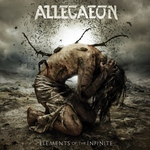 4. Allegaeon – Elements of the Infinite (Metal Blade) Seemingly a culmination of all previous efforts plus a wee bit more, Elements of the Infinite is Allegaeon’s definitive statement thus far. Crushing melodic riffs with a technical flair alongside the higher presence of orchestrations allowed the band to craft some truly epic sounding songs, such as the 13-minute closer “Genocide for Praise.” Add in some nerdy science lyrics (“Dyson Sphere,” “1.618”) and you’ve got a winning combination. What’s not to love about Allegaeon? 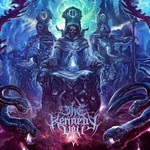 5. The Kennedy Veil – Trinity of Falsehood (Unique Leader) My first taste of 2014 also served to be one of the greatest. High order technical death metal that focuses on songwriting above all provides a frenetic rush that was never beat out by anyone this year. A digestible runtime, killer artwork, and a bounty of memorable tracks, this one is a real barnburner. 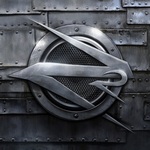 6. Devin Townsend Project – Z2 (Century Media) Ziltoid’s return was almost overshadowed by another excellent DTP album, but the coffee-loving alien succeeded in providing a number of laughs as well as memorable riffs. Combine the two very different albums together and you have one of the year’s best releases (not to mention bargain priced). Rack up another success from one of metal’s most consistently entertaining (and enlightening) figures. 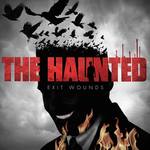 7. The Haunted – Exit Wounds (Century Media) The Haunted are at the top of their game when they are pissed, and fury and rage seethes through Exit Wounds. The revamped line-up seemed to freshen the pot so to speak, and going back to what the band does best was a wise choice. Let’s hope this iteration of The Haunted continues in this direction as we move forward. 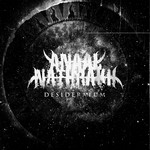 8. Anaal Nathrakh – Desideratum (Metal Blade) Cranking up some of the industrial side of the band, Desideratum furthers the AN progression of embracing extremes. Where else can you find pulsating industrial effects, acidic vocals, and frantic riffing one moment and then a soaring chorus with stunning melodies at the next (and make it sound genuine)? These guys are masters of contrast and hopefully the Metal Blade signing will give them a bit more exposure. 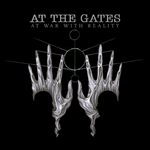 9. At the Gates – At War with Reality (Century Media) Undoubtedly the most anticipated album of the year for many, At War with Reality proved At the Gates is still capable of providing high quality melodic death metal. Smartly avoiding a Slaughter of the Soul part II, it will be interesting to see where things go from here. After all, a number of the band’s absolute “no’s” have now happened over the past few years (reuniting, touring, new album). 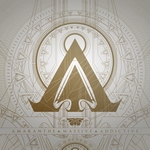 10. Amaranthe – Massive Addictive (Spinefarm) Turns out the third time’s the charm for Amaranthe. As the title suggests, the band racheted up all of their best components to create an incredibly catchy album that hasn’t lost its luster even after a few months of listening. It’s fun, it’s infectious, and it hits all the right notes; expect this band to get huge in the near future.