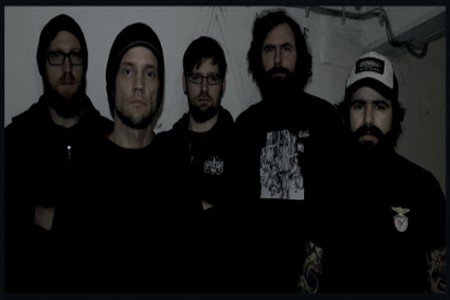 As a metalhead, sometimes you just need to drop all the pretenses and simply play the heaviest cd possible. There’s no need for things to get overly produced or get happy and sing epic choruses. You just need the right soundtrack to bulldoze everything that’s in your path.

Recently, German band Keitzer has been the band best suited to that need. Playing most times with reckless abandon, their latest release, The Last Defence, manages to combine multiple elements of the aggressive (grindcore, death metal, even some traces of hardcore) into a package that succeeds at still retaining some memorability while melting your face. On an adrenaline kick from our last listen, we contacted bassist Simon Venig (also the owner/founder of 7 Degrees Records) for a brief chat about the band’s latest album.

Dead Rhetoric: How would you describe Keitzer to someone unfamiliar with the band?

Simon Venig: A broad mixture of grindcore, hardcore and all kinds of metal. High-speed blasts, groove and melody amalgamated seamlessly into a recognizable style of extreme music.

Dead Rhetoric: It’s been three years since you released Descend into Heresy. What has the band been up to since then?

Venig: Well some typical band stuff; we played some shows and festivals like Obscene Extreme in Czech and a few smaller and bigger venues; met in the rehearsal space, wrote new songs, got married, made babies, living our daily lives…till we decreased the show activities in 2013 on purpose to fully concentrate on writing The Last Defence.

Dead Rhetoric: How do you feel The Last Defence compares to your previous work?

Venig: I’d say that it’s our most mature, diverse and metallic album, and that we made a step forward in songwriting; the riffs are partly more metallic, adding a bit more melody and heaviness to the music. Also Chris had a slightly different approach to the vocals, which added again some more versatility. We didn’t invent something new, I think we just developed naturally and grew with our tasks. One major change was that we recorded in a new studio, Soundlodge with Jörg Uken. He really knows his game and there was a great chemistry between us. For us, it’s the best sound we ever had, so he plays a big role in the final result of the recordings and us being really happy with the outcome.

Dead Rhetoric: The grind influences are apparent throughout The Last Defence. How do you balance when to shift things into all out blasting versus tossing in a nice groove or melody?

Venig: Well, it’s hard to describe; how can I say, it just happens. Our songwriting comes more from the belly than from the head. So basically while working on the songs in the practice room, it’s more that we “feel” that now it would be cool to have this or that kind of part following on the previous one. So we work on achieving that goal, that it sounds just natural to us, till everyone’s content with it…

Dead Rhetoric: “Bellum Indicere” is an instrumental track that opens the album quite well. Many bands opt for introductions that feature samples or sounds that don’t relate to the rest of their material. What do you think makes a good album opener?

Venig: It should be in some way representative for the album. If you start with a song that’s too odd, people may be disappointed by the song or by what’s next. It really depends on the band or the kind of music in which way the opener should be chosen. On the previous albums we always opened with fast grindy songs, so you press play and know from the start that no prisoners are taken, this time we chose the more midtempo melodic instrumental that has a more classical intro characteristic, just to follow with a short, fast, and loud grind outburst to destroy the cozy atmosphere.

Dead Rhetoric: Reading an earlier interview with you guys, you mentioned that Star Wars had an influence on your name. Ever thought of penning some Star Wars-inspired songs?

Venig: You’ll never know. It could be a goregrind song about torturing Jar Jar Binks…

Dead Rhetoric: You own 7 Degrees Records, a vinyl only label. Has vinyl become a large portion of album sales for Keitzer?

Venig: I don’t know exact numbers right now, but I think we still sell more CDs, but with the renaissance of the vinyl, the vinyl-sales are increasing. On shows we already sell more LPs than CDs.

Dead Rhetoric: You also have a Bandcamp page. How important is it to make sure that you are getting out there digitally as well as physically?

Venig: It’s modern times, digital sales make a huge amount of music sales in general and they have the biggest growth rate. So yes, it has become very important to us. Now with FDA Rekotz having a digital distributor we are able to sell the Album on all kinds of platforms as iTunes, etc. So digital is accessible everywhere. The main thing for us is to spread the music, and digital is an important format by now.

Dead Rhetoric: What’s the one thing you’d like the listener to take away when they listen to The Last Defence?

Venig: That they just listened to a great album and the urge to push the repeat button…

Dead Rhetoric: What’s next for Keitzer now that The Last Defence is ready for release?

Venig: First, we’re excited about the upcoming reactions of the fans and press, since the first responses have been quite overwhelming. We’ll focus again more on playing shows, maybe even a small tour, promoting The Last Defence as much as possible. Then write again new songs and just carry on what we started. Don’t hesitate to contact us for booking. 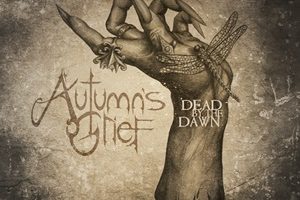 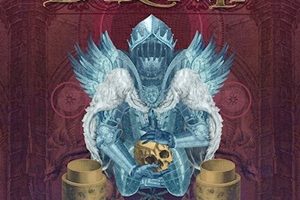 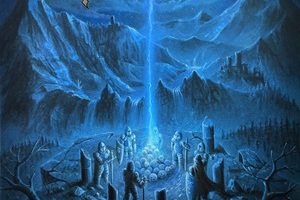 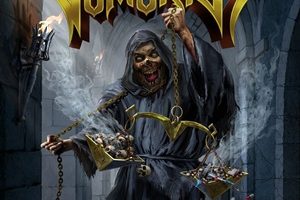