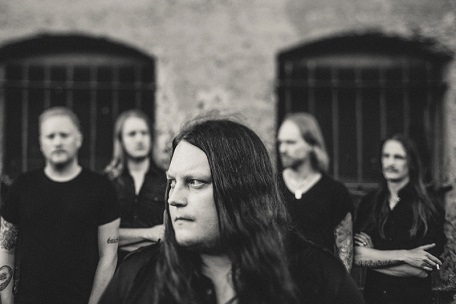 No band makes better use of its b-sides and album leftovers than Katatonia, a fact bolstered on their recent North American headlining jaunt. Rather than rolling out a traditional set with crowd-pleasers and live stapes, the Swedes have dug into their extraordinarily deep vaults to play some tunes that have never been performed live before, including “Quiet World,” “Unfurl,” and “Ashen,” as well as sticking with “Dissolving Bonds,” a song that in spite of being left off 2006’s The Great Cold Distance, has emerged as one of the band’s most poignant numbers. In all, it’s tailor-made for those who have enveloped everything Katatonia has done, while giving newcomers to the fold a chance to hear songs that while not immediately identifiable, have as profound of an impact as a “Forsaker,” “My Twin,” and “Ghost of the Sun.”

The year has been the band’s most productive to date, with a total three official releases: the live vinyl Last Fair Deal Gone Night, the re-imagined version of Dead End Kings, Dethroned and Uncrowned, as well as the forthcoming sonic tune-up given to 2003’s immaculate Viva Emptiness. With so much on the docket, along with a never-ending need to pick the Katatonia braintrust, we snagged guitarist Anders Nyström for a chat in the upper regions of Mr. Smalls Theater in Pittsburgh for a friendly chat. Being that this was our fifth conversation to date, talking to Mr. Blakkheim was almost too easy – as it should be for a diehard. Read on…

Dead Rhetoric: With the setlist for this tour, you dug into the vaults for some b-sides and oddballs. Were you bored with playing the same stuff every tour?

Anders Nyström: Foremost, I felt like this is the third tour we’re doing for Dead End Kings, and a good reason for people to come again would not be to see the same exact setlist. There has to be some sense of value in going to a show, so I was like, “How can we make this valuable for our diehards?” And let’s go into the vaults and see what we have. The first question was finding out what songs haven’t we played yet. Let’s start with that. We figured we have so many obscure b-sides…

Nyström: Yeah! And what are people not going to expect? Let’s take those.

Nyström: Which would probably never have been played, ever. I think it’s a beautiful in a way…it becomes this quiet, dreamy thing. But, I’ve noticed 80% of the people don’t know what the fuck we’re doing, like, is this you? Is this a cover?

Dead Rhetoric: What else did you try out that didn’t make it? “Code Against the Code?” Or how about “Nerve?”

Nyström: I think we tried “Stalemate,” actually. Those songs are still there, so now we can open a “nerve” for digging back into the past for those songs. We’ve forgotten about a lot of those songs and how they come across live. And as you said, it’s really cool to try some of our new audience to our old discography. I think that’s really cool. I can tell a lot people came in with our two latest albums…so there’s some lose and some win. There are some people who think the setlist is weak, but the diehards, they love it.

Dead Rhetoric: While on the subject of b-sides, you’re due for another compilation of sorts, like Brave Yester Days or Black Sessions. Is that something in the works for down the road?

Nyström: Probably. A lot of those songs were too good to be left in the obscure. A song like “Unfurl,” it’s a favorite of mine and playing it now live, it’s like “Wow! Why did we leave it off?”

Dead Rhetoric: I know you feel that way about “Dissolving Bonds.”

Nyström: That’s another song that we wondered why it wasn’t there the whole time. It’s really a rewarding song to play live.

Dead Rhetoric: I think the story behind that one is that you didn’t have it done in time before the sessions for The Great Cold Distance wrapped.

Nyström: That’s true. It wasn’t completed in time, so it was dropped. It’s sort of a tradition that our b-sides have a certain quality to them. Usually b-sides are b-sides; they’re throwaways. It’s cool to turn it around.

Dead Rhetoric: The re-release of Viva Emptiness coming up. I know you’ve never been fully happy with the sound, but what exactly about the sound weren’t you happy with?

Nyström: First of all, I consider the snare drums to be St. Anger-like. People maybe have grown a part of the whole thing, but for me, it never grew anywhere, I just hated it, always. For me, I always had a hard time embracing the album because of that. Also, there were a lot of things like the guitar and the bass, they were all recorded digitally, so they were like digital. There’s nothing warm and analog about them. All the drums were replaced by triggers and drum replacements and all that stuff. So all that vibrant analog stuff that was there, is gone, so we knew if we dug back into the masters, we could find them.

Dead Rhetoric: So you fetched [producer/engineer] David Castillo on the mix.

Nyström: He’s so acquainted with our two most recent albums, so it would be a walk in the park to sit down with him and explain what we want to do, which is bring this album up to par with our new albums. In doing that, we have been adding some atmospheres and back tracks to these songs when we do them live, so we thought, “Let’s take them to the album.” It’s enhanced. Those are the key things and there’s one big surprise, the last song, “Inside the City of Glass,” the outro/instrumental, it was never supposed to be an outro/instrumental. It was supposed to be a song. We have vocals and lyrics going, but again, it was never completed in time. So now it is. Now it’s so eerie. The song is just so ghostly. I can’t wait for people to hear it.

Dead Rhetoric: So sonically, it’s going to match up to Night is the New Day and Dead End Kings?

Nyström: Maybe it sounds even better. The album is so punchy now. We made justice to them. The bass drums really come out with power and the clank [makes sound] is gone from the snare. [laughs] A lot of small tricks done to it. I’m super-happy about it.

Dead Rhetoric: I think of a song like “Wealth” where Daniel [Liljekvist] is on the snare a lot. I’m sure it comes out most there.

Nyström: That was actually the reference song for the rest of the album. You have a good point.

Dead Rhetoric: Recording that album…I’ll never forget a quote from you saying “There’s no way Creed should ever be heavier than Katatonia.” With that said, what was your frame of mind going in?

Nyström: [laughs] We just came off Last Fair Deal Gone Down, and that album – I always refer to it as a very “musical” album. It’s a mid-paced affair; it was a different writing style. I always tried to convince myself that I had to be doing things very musically all the time. When I was grabbing the guitar and playing, doing these one-string or power chords wasn’t musical enough. I ended up doing all the songs with six-string chords, so there’s a rich, full sound, but it’s also not a very “metal”-sounding album. It’s more this open wall, driving thing.