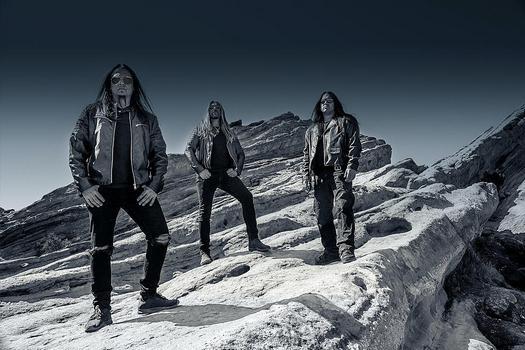 The top songs, for me, are always about trying to still plug a few bands that had fantastic releases that hit just shy of the ‘top 12’ mark, and this year is no exception.  I also like to use it to throw a curve ball or two in, just for some fun to shake up my lists with some outside content from other genres.  Getting older means you tend not to pigeonhole yourself into one specific style or two (or ten) and you stop caring so much about what others tend to think when it comes to your personal opinions.  Hopefully you find a new track to dig in and explore with the excellent songs below.

10. Raise a Suilen “Outsider Rodeo” (from Exist)
Falling down the hole into J-pop/rock and the like more in the last few years, this song made me double-take the first time I heard it due to the very old school In Flames guitar melodies going on that latched onto the back of my brain like no other. A unique song that you’ll either love or hate (if you love it, check out the band Roselia as well for some symphonic metal/J-pop goodness).

9. Deadtide “Relentless” (from The Rabbit Hole)
More top notch melodic death metal from these guys.  If you want some modern metal that absolutely loads itself up with stunning guitar riffs and catchy hooks, Deadtide is a must-listen.  As their first full-length, they’ve really made an impression and should be getting far more attention tossed their way.  “Relentless” is a perfect introduction.

8. Diamante “Unlovable” (from American Dream)
There’s always room for one ballad-y number in my top list.  Diamante’s sophomore effort is full of fun and energetic rock anthems, but “Unlovable” sticks out due to its gentle demeanor and genuine heartfelt nature.  Diamante has a beautiful voice and this song really nails her more vulnerable side.

7. Tetrarch “Addicted” (from Unstable)
The next generation of nu-metal (or at least its influences) have brought a slew of bands, but Tetrarch really hit it out of the park by modernizing that sound and bringing their own style to it.  “Addicted” is insidiously catchy and full of massive grooves – something with appeal to both metal and hard rock fans.

6. Cognitive “Tearing Tendon from Bone” (from Malevolent Thoughts of a Hastened Extinction)
Another staple of my year-end lists, there’s always the ‘year’s best bone-crusher,’ and that honor again goes to Cognitive.  That breakdown in this song will all but level buildings with its sheer ferocity.  Cognitive know how to make things disgustingly heavy, but make sure they also stick in your head for the rest of the day at the same time.

4. Beast in Black “One Night in Tokyo” (from Dark Connection)
Easily the best song off of Dark Connection, “One Night in Tokyo” has all of the hallmarks of a classic Beast in Black track.  Over the top synths (very reminiscent of the game Top Gear from ages ago), memorable riffs and a super danceable chorus that will make even the most stoic of metal hearts get up and get moving.  The most fun song of the year?  Probably!

3. Obscura “When Stars Collide” (from A Valediction)
The quick description: Obscura trying their best to play melodic death metal but can’t avoid being tech-y in the process.  The best, most tech-y song Soilwork never wrote, and they even managed to grab Bjorn Strid to sing a few cleans on it to boot.  In all seriousness, A Valediction is the best Obscura record in quite some time and this song is a delightful bit of catchiness done just right.

2. At the Gates “The Paradox” (from The Nightmare of Being)
For all of At the Gates’ continued growth and evolution as a band, there’s still something comforting about them taking a track and really digging into the Slaughter of the Soul vibes and delivering an all-out thrasher.  “The Paradox” delivers all of this, yet still feels fresh and innovative for the band, instead of a cash grab or retread of their past.  Well done sirs.

1. Hypocrisy “Worship” (from Worship)
I so wanted to do thirteen albums this year, because Worship would have been in that spot.  The best release from Hypocrisy in ages, having all of the characteristics that one wants in an album from them.  This opening title track in particular, is quite possibly the best lead-off song that the band has done since “Warpath,” and carries some similar notes in its all out aggression (and melodic subtlety).  A real banger to play at full volume and scream along with the chorus!

Best Newcomer: Spiritbox
As already mentioned, Spiritbox took the metal world by storm in the last two years (despite being around a bit longer than that, yes).  But Eternal Blue is a rare album that can be embraced by the metal community and well beyond it.  Beautiful and emotional, but still having plenty of kick when the moment deserves one.  If you are one of the few that haven’t checked them out yet, they are very much worth looking into.

Best Video: Volbeat “Wait a Minute My Girl”
Not only one of the most incredibly catchy and danceable songs of the year, but the whacked out video feels like it was ripped straight out of a witch’s labyrinth from Madoka Magica.  A short little get up and move song that gives off some incredibly trippy vibes as you continue to watch, in the best way possible.Nothing but creative fun here. 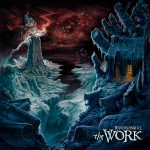 Best Artwork: Rivers of Nihil The Work (see larger image HERE)
Each of Rivers covers for their four season concept has been impressive, but The Work shines with its attention to detail.  While entirely breathtaking at the onset, all of the subtle bits that work their way in (providing context for each of the releases before it) makes it even more outstanding.  A fitting winter theme that’s much more than what initially meets the eye, and a nice accompaniment to the music.

Best concert: Butcher Babies/Infected Rain/Stitched Up Heart
We finally have this column back!  2020 sucked not being able to see a show, as did much of 2021, but we finally are out and back.  Out of the few shows I got to see this fall, this one was the most memorable.  Every band seemed so genuinely happy to be back out on that stage, as did the crowd.  A short but sweet show with three knockout performances and plenty of fun.  As well as a welcome first visit from Infected Rain – couldn’t have asked for a better introduction than here. 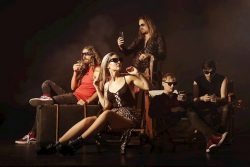 Biggest Surprise/Disappointment: Delain breakup
After releasing what was arugably their strongest release yet in 2020, the coincidentally appropriate Apocalypse & Chill, Delain parted ways with all members except for Martijn Westerholt.  Sure Delain is going to move forward, but it will likely be a different beast in its return, and the suddenness of the split meant it was quite a shock for long-time fans.  Vocalist Charlotte Wessels is releasing her own stuff (monthly even), but it’s a bummer to think that Delain (as we know it) is no more. 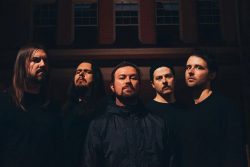 Anticipated 2022: Allegaeon
Not the first time that I’ve marked Allegaeon as my most anticipated release for the coming year, the idea that they are abandoning some of the science-y concepts is a little bit of a bummer,  yet based on the single so far, it seems like musically it’s a fantastic direction.  Don’t have to wait too long for this one thankfully, with a February release date for Damnum, it’ll be here before all know it.