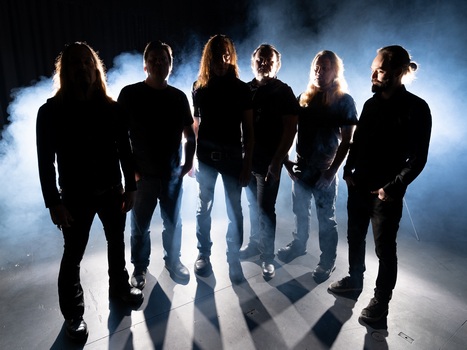 As summer (and some well-deserved fresh air) finally approaches, it’s a strange time this year as most festivals have cancelled. But there’s just as much metal to consume as always as it comes through the speakers. So this month we take a look at [Evertrapped], Atavistia, Behold the Arctopus, Blood Star, BPMD, Kall, Lord, Magnus Karlsson’s Free Fall, Melt, Ninth Circle, Sinisthra, and Temnein. 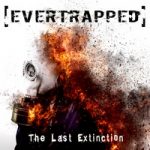 [Evertrapped] – The Last Extinction (Self-Released)
Energetic melodic death act [Evertrapped] returns with their latest offering, The Last Extinction. 2015’s Under the Deep keep things straight forward and aggressive, as does this latest batch of tracks. Melodeath at it’s more snarling end for sure. Unfortunately, some of the lengthier tracks meander a bit more than they need to, which causes the band to lose some momentum and dings the overall vibe a bit. If you really enjoy the style, you’ll find some quality cuts here but outside of that there’s not much to really investigate further with. – Kyle McGinn (Evertrapped on Facebook) 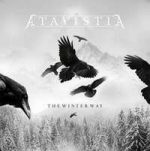 Atavistia – The Winter Way (Self-Released)
By any accounts, The Winter Way feels like it should have been a slam dunk. Epic melodic death metal with soaring keyboards and driving riffs are enough to tantalize many melodeath fans (this scribe included). However, with tracks that all range near 9-10 minutes each, it starts to become a case of too much of a good thing. It feels like each track could be a bit stronger if they trimmed even a minute or two off of each one. There are some absolutely great moments here, but they are darkened a bit by meandering too far for their own good. – Kyle McGinn (Atavistia on Facebook) 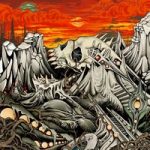 Behold the Arctopus – Hapeleptic Overtrove (Willowtip)
Long-time purveyors of divisive music, its inevitable that many will hail Hapeleptic Overtrove as the next best thing and just as many (if not more) will loudly shout, “What the fuck is this?” Your chosen camp is probably decided in a matter of moments based on the band’s wildly avant=garde sound, which this time around feels a bit less ‘metal,’ but it’s just as intricate and out-there. Teetering between random noise and complex intricacies is a tough balance, but Behold the Arctopus prove they are more than capable of walking that very thin line. – Kyle McGinn (Behold the Arctopus on Facebook) 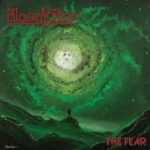 Blood Star – The Fear (Shadow Kingdom Records)
The first single from Utah’s Blood Star, consisting of the title track and “Tortured Earth”, reminds me of classic 80’s heavy metal. Featuring members of Visigoth, Spell, and Sanctifyre, these songs contain rock ‘n’ roll hooks, catchy choruses, and fiery lead breaks beyond those powerful riffs that lift listeners to another universe. The magical voice of Madeline Smith mesmerizes, matching the high octane rhythms Jamison Palmer spits out for the speedy title track – while “Tortured Earth” showcases more of their mid-tempo, Dio-esque anthem qualities. Intertwining the feel and atmosphere of acts from Blue Oyster Cult to Saxon, Rainbow to W.A.S.P. – Blood Star have a full-length ready to unleash soon, but this is a killer start. – Matt Coe (Blood Star on Facebook) 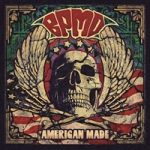 BPMD – American Made (Napalm)
Take four metal musicians with ties to Overkill, Vio-lence, Machine Head, Metal Allegiance, The Winery Dogs, and Sons of Apollo, have them record a number of hard rock/southern classics from their youth, and you have BPMD and American Made. Between Bobby Blitz’s noted snarl, the solid mechanics of Mike Portnoy on drums, and Phil Demmel’s crunchy guitar work – it’s fun to hear them tear out their interpretations of songs from “Toys in the Attic” (Aerosmith), “Saturday Night Special” (Lynyrd Skynyrd), plus works from Grand Funk Railroad, ZZ Top, Mountain, and the James Gang as well among the ten tracks. Highlights include opener “Wang Dang Sweet Poontang” from Ted Nugent, and the energetic Van Halen number “D.O.A.” – this is a trip down memory lane, and hopefully will expose some early hard rock staples to a new generation of fans. – Matt Coe (BPMD on Facebook) 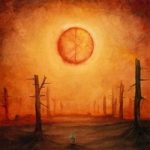 Kall – Brand (Prophecy)
A case of putting a lot of different stuff together in the musical blender, Kall’s latest album is a hybrid of everything from doom, shoegaze, black metal, bursts of psychedelia, and more! Musically, it’s an odd mix with a lot to absorb but it definitely works in the band’s favor. There’s some great and interesting shifts (check out the jazzy moments of “Fervour”) because of this, which keeps the music intriguing. The rub? The harsh vocals that are far more abrasive than much of the music and create a constrast that feels more extreme than necessary. – Kyle McGinn (Kall on Facebook) 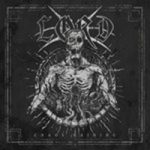 Lord – Chaos Raining (Self-Released)
A limited-edition EP containing the title track in two versions plus another new song, Australian power/heavy metal veterans Lord aren’t remaining idle in these pandemic days at least with the recording studio. “Chaos Raining” has a driving mid-tempo groove in that old Kamelot meets Liege Lord vein, containing incredible vocal harmonies throughout – while “A World Insane” is a crunchy, heavier affair featuring speedy rhythms, pounding double bass, and the magnificent, powerhouse voice of Lord Tim driving his melodies home. Adding atmosphere, keyboards, and a decidedly 80’s-feel to an extended mix of “Chaos Raining” allows the listener to gain insight into many of the band’s other influences. Bundles with extra merch are available, but get this quick as it’s bound to sell out. – Matt Coe (Lord official website) 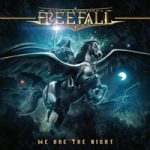 Magnus Karlsson’s Free Fall – We Are the Night (Frontiers)
The third album of the Primal Fear guitarist’s solo project, We Are the Night keeps the melodic metal series of quality on high – a mix of twelve powerful songs featuring supreme singers young and old and Magnus’ penchant for positioning these musicians in the right spots. Everyone from Noora Louhimo (Battle Beast), Ronnie Romero (Rainbow) to Tony Martin (ex-Black Sabbath) and Mike Andersson (Cloudscape) as well as Magnus himself tackles the vocals. Framing quality neoclassical lead breaks and solid songwriting mechanics opens up everything in the playbook – commercial, almost arena-like metal such as the title track and “Don’t Walk Away” as well as more bombastic/symphonic-oriented numbers like “Hold Your Fire” or classic Rainbow/Sabbath terrain for “Under the Black Star”. Five years beyond his last release, We Are the Night serves up another hour of solid metal for those who love melody, versatility, and respect for the genre. – Matt Coe (Magnus Karlsson’s Free Fall on Facebook) 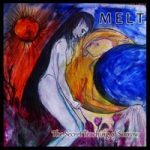 Melt – The Secret Teaching of Sorrow (Self-Released)
Melt bring us some gloomy and dark alternative rock/metal with The Secret Teaching of Sorrow. There’s an emotive and raw feeling to the music, something that Charlotte’s vocals seem to expand upon. While it’s not super heavy, the mood itself is on the darker side of things and is something that should appeal to fans of Anathema or The Gathering. There are also a number of interludes that help Melt provide a more atmospheric angle to the music, giving it a broader picture. An enjoyable release for those moments you want something a little less abrasive but still brooding. – Kyle McGinn (Melt on Facebook) 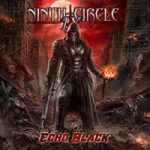 Ninth Circle – Echo Black (Pure Steel Records)
Living up to an old school melodic heavy metal platform, California’s Ninth Circle issue their fourth album Echo Black. A power trio that possess affinities for the 70’s/80’s artists, you can hear a boatload of pure harmonies vocally and musically plus in the pocket interplay through catchy songs like “Dance of Swords” and “Tokyo Nights”. AOR-ish harmonies have a bit of New England/Orion the Hunter nature to them, and the special closing Riot-cover “Warrior” features guest support from Todd Michael Hall and Mike Flyntz of Riot V. There’s a purity and sincerity to these tracks that you don’t get much in modern music – thus Ninth Circle will appeal best to those middle age rockers who remember when melodic hard rock and metal ruled the airwaves. – Matt Coe (Ninth Circle on Facebook) 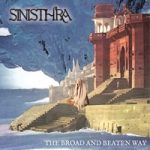 Sinisthra – The Broad and Beaten Way (Rockshots Records)
Tomi Joutsen is best known at this point for Amorphis, but Sinisthra is a gothic metal act that has been around since 2005 (previously before that as Nevergreen). After a long wait (inevitably due to his Amorphis involvement), the band is back for more, and it’s an enjoyable piece of gloomy, gothic music. What works best are some of the contrasts, of which “Closely Guarded Distance” stands out impressively in 13-minutes. It goes from almost sludgy grooves to ballad-esque to progressive splendor. If you dig Joutsen’s vocals, this is an easy one to recommend. – Kyle McGinn (Sinisthra on Facebook) 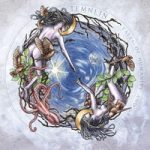 Temnein – Tales of Humanity and Greed (Blood Blast)
A band that doesn’t seem to be getting a ton of attention for their solid grasp on melodic death metal, Tales of Humanity and Greed sits as a fine example of a meat & potatoes type of release. While it doesn’t go far outside of the genre lines, the melodies are exceptionally well put together and the riffs carry plenty of weight. Add in some somewhat gloomy Finnish-sounding keys and some bellowing roars and they’ve got the full package. Effective and enjoyable if you enjoy this style. – Kyle McGinn (Temnein on Facebook) 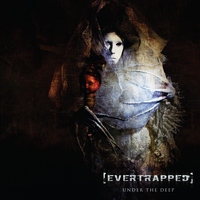 [Evertrapped] – Under the Deep (Hellstorm Recordz)