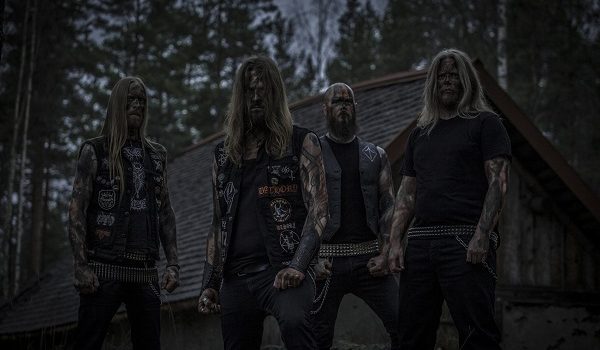 Last month was intended to be our May 2017 Rapid Fires column, but the powers-that-be, rather, this site’s founder, got his months mixed up, so don’t be puzzled if you think you’ve seen June 2017 Rapid Fires before. Alas, here’s the real installment, or should we say “trv” version, this time featuring Aborted, Cemetery Urn, Custard, Deity, Dephosphorus, Elaine, Ereb Altor (pictured), Erudite Stoner, Infected Rain, Jenner, Lâmina, Pteroglyph, Suicide Forest, Tuesday the Sky, and Virtual Symmetry. 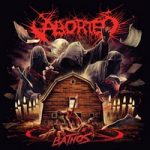 Aborted – Bathos (Century Media)
Not normally a band relegated to these columns, but Aborted’s latest, Bathos, is but a short but sweet two-song release. Everything you’ve come to know and love about the band is certainly represented in these two tracks, as they continue to roll over all in their path. The title track opts to add in a little dark atmosphere through some particularly monstrous riffing in between blasting, while “Fallacious Crescendo” is a reminder of how feral the band can be at times. For Aborted fans, it’s a no-brainer and should serve as an appetizer until they undoubtedly push out another EP or full-length offering. Can’t argue with more Aborted, that’s for sure. – Kyle McGinn (Aborted on Facebook) 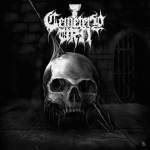 Cemetery Urn – Cemetery Urn (Hell’s Headbangers)
The sole, lone practitioners of “Australian barbaric death metal’ are back with their first album in seven years. Because seven years is quite the long time for this scribe’s feeble brain, it was of importance to re-examine the band’s 2010 The Conquered Are Burned, which emerged as an otherwise hearty scoop of blackened necro death metal. As it so happens, the band’s new self-titled foray follows suit, with the requisite bashing going down on “The Deepest of Graves,” “The Sickening Sect” and “Dredge the Pit of Burial.” Seven years of downtime have done little to dull Cemetery Urn’s deadly blade. – David E. Gehlke (Cemetery Urn Facebook) 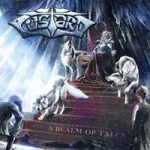 Custard – A Realm of Tales (Pure Steel Records)
The sixth full-length from German power metal band Custard seems to have a central, fairytale lyrical theme running through its contents. A Realm of Tales has titles about “The Pied Piper”, “Bluebeard”, and “Snow White”, plus folk-ish or exotic embellishments for context. This group has been tough to swallow on moniker alone – despite competent musicianship and a flair for Priest meets Helloween oriented tempos and riffs that switch things up nicely, the clinical drumming and screechy melodies aren’t exactly winning points for most who want powerhouse performance on both accounts. Twin guitar harmonies lift spirits in “Daughter of the Sea” as well as the six-minute plus closer “Forged in Fantasy” – yet it’s not enough to put Custard in the must-buy ranks. – Matt Coe (Custard official website) 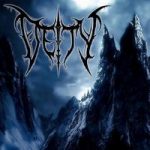 Deity – Deity (Self-Released)
A death metal two-piece from Toronto that grabbed Cryptopsy’s Flo Mounier for some session drums should be enough to raise your ear towards Deity’s debut. This is technical stuff, sometimes reminiscent of bands like Suffocation or Deeds of Flesh with some of that frantic Hate Eternal flair. Some melodies find their way through the mix as well, not in the overtly catchy way, but memorable enough that you can find something to latch onto and the leads in particular will make you take notice. While some trimming on the longer tracks (about 1/2 break the 8-minute barrier) might help keep the band more afloat in the future, Deity still shines with promise. – Kyle McGinn (Deity on Facebook) 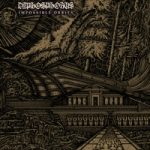 Dephosphorus – Impossible Orbits (SelfMadeGod)
In the realm of ‘what will they come up with next’ for promotional descriptors, Dephosphorus’ claim of astro-grind definitely peaked the interest of the scribe. Impossible Orbits offers concise, mostly 3-minutes or less type tracks (’tis grind after all) that tend to fall well into the usual parameters. Nasum and Benumb come to mind, but the caustic howls of vocalist Panos Agoros are particularly noteworthy due to their sheer craziness. Nothing particularly out of the ordinary for the genre, but those really into the afore-named bands will probably get a few kicks out of it and they do have the sense to throw in a few seconds of heavy rather than outright blast til the end. – Kyle McGinn (Dephosphorus on Facebook) 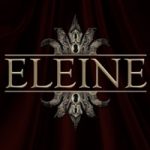 Eleine- Eleine (Black Lodge Records)
Here we have a Swedish symphonic metal act and their debut album with many selling points. Vocalist Madeleine Liljestam not only has a seductive range, she is a well-known alternative/goth model. They’ve performed at Sweden Rock, as well as opened for Moonspell on a European tour. As such, the eight tracks straddle the lines of groove-oriented anthems like “Destiny” and “A Sin” beyond the standard symphonic/orchestrated flair “Gathering Storm” and “Death Incarnate” represent – the latter more in tune to Arch Enemy especially in the drumming/guitar combinations. Finally seeing worldwide distribution after its original self-release a couple of years back, this is ideal for people who need more of that Nightwish meets Arch Enemy in a modern intertwined style. – Matt Coe (Eleine official website) 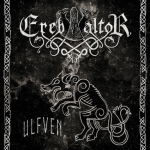 Ereb Altor – Ulfven (Hammerheart)
Unlike last year’s Blot · Ilt · Taut, Ulfven doesn’t contain any Bathory cover songs. Instead, it contains songs that sound like Bathory. Get it? Such is still the approach for Ereb Altor, the product of several dudes from doom merchants Isole. By wisely focusing on Bathory’s Viking-era material (it doesn’t get any better than Hammerheart, which also so happens to be the name of the band’s label), the songs here are suitably triumphant and battle-tested, with the rousing “En synd svart som sot” and victorious “Wolfcurse” cutting through just like how Quorthon would have liked it. In fact, it’s of little doubt the fallen Bathory leader is smiling from his throne in Valhalla knowing a band like Ereb Altor is around to carry his legacy. – David E. Gehlke (Ereb Altor Facebook) 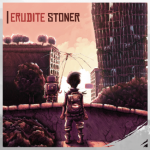 Erudite Stoner – Erudite Stoner (Sundust Records)
Yeah, just work around the name, as an “erudite stoner” would imply a highly-intelligent, informed lover of Mary Jane, almost an oxymoron, but not quite. The one-man project of Brazilian composer Matheus Novaes, Erudite Stoner offers contemplative, simply lush acoustic guitar compositions. Performed with somber atmosphere and classical balance, this self-titled release is a near-perfect break from the aural onslaught us metal journalists are often subjected to. But besides that, the songs here are too poignant and striking to pass up. Marvelous work. – David E. Gehlke (Erudite Stoner Facebook) 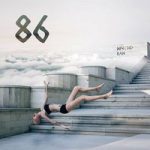 Infected Rain – 86 (Self-Released)
Falling into the category of “let’s see how much we can cram into our sound,” Infected Rain seem to cover the entire realm of modern metal. There’s everything from metalcore to progressive metal to atmosphere to electronic elements and nu metal. And that’s just the tip of the iceberg. It’s to the band’s credit that they can keep everything held so cohesively considering all the sources, but they make it work. As does vocalist Lena Scissorhands, who is equally as acrobatic as the rest of the band, zipping between multiple vocal styles depending on the moment. The dark and massive guitar tone, while armed with some nu-metal in tone, is also one of their best assets, helping to reel in the listener along with some twisted melodies. Infected Rain seems primed to hit the next level of exposure. – Kyle McGinn (Infected Rain on Facebook) 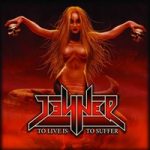 Jenner – To Live Is to Suffer (Infernö Records)
Taking their name from smallpox vaccine developer Edward Jenner, this Serbian quartet on the debut album To Live Is to Suffer perform eight tracks of mid-tempo to slightly faster speed/thrash. Accenting killer melodic finesse against heads down power riffing and tight arrangements, it’s hard not to engage in thunderous windmills or neck breaking action for “Demon’s Call” or the stop/start call-to-arms active “How Deep Is Your Greed”. Looking beyond the all-female tag, Jenner have a deep affinity for more than basic thrash antics – conjuring up aspects of Agent Steel and Heathen while adding a twist of that early Metallica angst (Andelina Mitić very John Cyriis-like in her vocals). This record will make 2017 seem like it’s 1987 all over again. – Matt Coe (Jenner on Facebook) 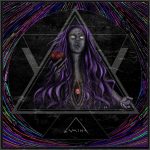 Lâmina – Lilith (Raging Planet)
A Spanish stoner rock quartet inspired by the volume-happy Electric Wizard and undeniable Black Sabbath, Lâmina somewhat recklessly blends the two, resulting in a hazy, but tenable listen via Lilith. Vocalist Vasco Duarte is going to earn most of the attention thanks to his quasi-Ozzy howl. Actually, sometimes he even sounds like Jane’s Addiction throat Perry Ferrell, but that’s beside the point. Lilith is full-go until the 20-minute “Maze” knocks the whole thing off course. Guess that’s when the designated toke sessions was to take place, eh? – David E. Gehlke (Lâmina Facebook) 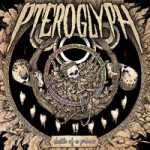 Pteroglyph – Death of a Prince (Self-Released)
The work of one Jimmy MacGregor, Pteroglyph takes a number of progressive trimmings and merges them into a rather cohesive and enjoyable offering. There’s some more aggressive moments, chock full of brutal riffing and technically-laced moments as well as more melodic and atmospheric counterpoints. Nothing really that’s unexpected in this day and age, but it’s nonetheless enjoyable because the heavy to melodic proportions are well done, and the guitar wizardry that rears it’s head is top-notch without becoming too self-indulgent. A solid pick for those looking for some more progressive metal at the more modern end of the spectrum. – Kyle McGinn (Pteroglyph on Facebook)

Suicide Forest – Descend into Despair (Folkvangr Records)
Emerging label Folkvangr Records is handling simply the cassette version of Descend into Despair, meant to imply the album is only worth listening to on sub-standard audio platforms. Aside from that, it ties into black metal’s often silly adherence to preventing itself from reaching a larger audience. Suffice it say, Suicide Forest’s blatant attempts at suicidal black metal will only make due with a small subset of BM dwellers. However, all of the necessary “kvlt” boxes are checked off here: Poor production, hazy riffs, a cold atmosphere and a howling vocalist. A job well done. – David E. Gehlke (Folkvangr Bandcamp) 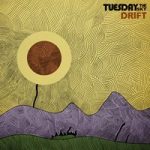 Tuesday The Sky – Drift (InsideOut Music)
As left-field as one would expect, Fates Warning guitarist Jim Matheos put together Tuesday The Sky to explore some atmospheric instrumental music that isn’t necessarily as progressive as his main work. Lighter, ambient notes and slower building arrangements give “Kite” and “Westerlies” more of an electronica feel, the latter featuring ethereal vocal melodies (non-verbal) from Anna-Lynne Williams, plus keyboard help on the title cut and “It Comes in Waves” from ex-Dream Theater/OSI collaborator Kevin Moore. Drift conveys an independent film score variety to the ten tracks within, Jim’s choices of acoustic, clean, and electric phrasing very introspective and enlightening, not what you are used to hearing from his progressive metal history. Tuesday the Sky has niche appeal – just as these musicians probably intended. – Matt Coe (Tuesday the Sky on Facebook) 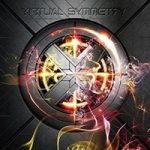 Virtual Symmetry – X-Gate (Self-Released)
Founded by guitarist Valerio Æsir Villa in 2009, this Italian progressive metal project features Temperance/Light & Shade member Marco Pastorino on vocals. X-Gate is their latest EP – 3 songs that span close to 32 ½ minutes, which could be album-length for other genres. Leaning in technology, science-fiction, and philosophy for the words, the music takes the Dream Theater/Fates Warning template and adds in pop, electronic, and fusion aspects to make for an engaging journey overall. The 14:19 “Alchymera” features a moving, lengthy keyboard solo from Mark Bravi beyond the narrative and outer space effects, while the closing ballad “Elevate” has a heart-warming duet between Marco and Diane Lee that reaches theatrical splendor as the moving guitar chords and steady drum tempo keep things moving along over the ten-minute time-frame. ProgPower mavens clamor for bands like Virtual Symmetry. – Matt Coe (Virtual Symmetry on Facebook)