Some interesting weather for us Northeasterners so far this summer. If it hasn’t been raining, it’s been a bit cooler. Perhaps that’s why there seems to be a number of blackened albums featured. Nothing like a bit of extreme metal to make the sun feel a little less shiny. This month we check out After All, Antiversum, Blizzard Hunter, Cult Leader, Far East Myth, Fucked Up, Hyades, In Cauda Venenum, Iron Savior (pictured above), Katechon, Kera, Max Pie, Nightshock, Nihilistinen Barbaarisuus, and Zodiac. 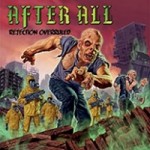 After All – Rejection Overruled (Sideburn Records)
Celebrating their 25th anniversary as a band, Belgian thrash force After All issue a 3 song, limited edition EP Rejection Overruled to set up the next full-length. Quite a potent, speedy approach here, as semi-blasting and gallop make “None Can Defy” an early favorite of the three, especially through Sammy Peleman’s ear piercing wail during the verses (think David White meets early Geoff Tate). A reworked version of “Land of Sin” features a guest lead from Andy LaRocque – this is a quick 11 minute release that Bay Area thrash fans will thrust and carry on about for ages. – Matt Coe (After All official website) 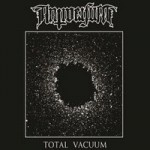 Antiversum – Total Vacuum (Invictus Productions)
More cavernous black/death metal that revels in darkness and despair. Switzerland’s Antiversum take the usual suspects of influences for this field and give it a good run. Admittedly, there are beginning to be a ton of these bands making their way around now, so there is a little bit that is lost just due to how many are pushing that same appeal. But Antiversum does carry a bit more black metal in their approach, enough to give them a slightly different feel. The title track itself is the strongest, with a lumbering heaviness that does, in fact, become quite immersive. – Kyle McGinn (Antiversum on Facebook) 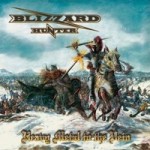 Blizzard Hunter – Heavy Metal to the Vein (Pure Underground Records)
Hailing from Peru, Blizzard Hunter storms the airwaves with 10 tracks of throwback heavy metal with elements of speed, power, and thrash on their debut album. Heavy Metal to the Vein excites in an early Helloween meets Priest/Maiden manner, dual axe battles thrusting away while vocalist Sebastian Palma soars during “I’m on My Way” and “My Revenge” like Michael Kiske meeting Agent Steel’s John Cyriis in a dark alley. The digital compression kills some of the snare/double bass impact, but for the most part this band places their heads and hearts at the true battle, victory, and honor mantle that keeps the classic 80’s sound alive and well. – Matt Coe (Blizzard Hunter on Facebook) 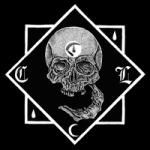 Cult Leader – Useless Leader (Deathwish Inc)
A three-track EP (the second from Cult Leader), the first two tracks both offer up 1-minute and change offerings in straight-up grinding abrasion much akin to their previous iteration, Gaza. Killer while they last, but vanish before you can really even get into it. The final track is a far more different beast, though it isn’t as jarring as one might think. A sombering, 7-minute cover of Mark Kozelek’s “You Are Not of My Blood” (with some help from members of Subrosa) slowly builds itself up with dark and droning tones (and even some strings) and is an infectious little number. It will be interesting to see where these varied roads take us with the band’s first full-length. – Kyle McGinn (Cult Leader on Facebook) 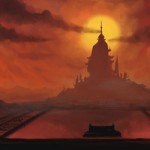 Far East Myth – Horizons (Sun Chariot Records)
Death, thrash, and prog all get their dues throughout Far East Myth’s debut, Horizons. The two original songs presented here can set themselves up as crushing death metal (admittedly with some dissonant Gorguts nods), but also feature some more traditional soloing structures and progressive leanings (see the end of “Reverie”). The final two tracks are covers, featuring a wicked take on Nocturnus’ “Neolithic” and a ripping version of Vektor’s “Black Future.” It’s a promising beginning for the band, who already seem to have their songwriting craft down. Where they take it from here will be up to them. – Kyle McGinn (Far East Myth on Facebook) 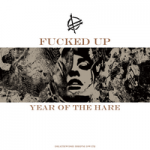 Fucked Up – Year of the Hare (Deathwish Inc)
Fucked Up continue their yearly Chinese Zodiac series, with Year of the Hare marking the seventh entry. Consisting only of two tracks, the title track is a 23-minute journey that could have easily been far shorter. There’s a lot of quiet, alongside some random stops/starts that don’t really serve much of a point. It takes about 6 minutes for the song to really “start.” It’s a bit stronger from this point forward (and moves towards some guest female vocals as it progresses), as is the more psychedelic “California Cold,” but there’s never really that ‘a-ha’ moment that listeners will grasp onto. It feels more akin to background music than anything else. Hypnotic while playing, but nothing to recall afterwards. – Kyle McGinn (Fucked Up on Facebook) 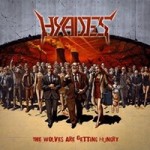 Hyades – The Wolves Are Getting Hungry (Punishment 18 Records)
Injecting humor into their political/social framework, Italy’s Hyades live up to their self-proclaimed ‘thrash now, work later’ motto on The Wolves Are Getting Hungry. Their fourth full-length (and first in six years), the quintet throw down a propensity of gang vocals, feisty riffs, and loads of heads down classic tempos tailor made for bashing. “Ignorance Is No Excuse” and alcohol-infused “Eight Beers After” cross Zetro-fueled Exodus with 80’s Anthrax – although Marco Columbo’s rapid fire raspy scream patterns could be a tough sell for some (imagine Peavy of Rage caught in a tight vise). Good, friendly, violent fun for all. – Matt Coe (Hyades on Facebook) 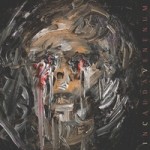 In Cauda Venenum – In Cauda Venenum (Self-Released)
Atmospheric black metal is the name of the game here, with two tracks (Alpha and Omega) that pull some serious weight at 21 minutes each. But both tracks utilize some change-ups from time to time, and offer a wealth of diversity in terms of dynamic. They don’t step outside of the parameters while firing off blastbeats to moody interludes, but it doesn’t stop things from holding interest, which says something when both songs go on as long as they do. It’s easy to trip up a 21-minute song, and ICV never do so. The only minor gripe is that the vocals could be a little higher in the mix, but that is part of the black metal charm one supposes. – Kyle McGinn (In Cauda Venenum on Facebook) 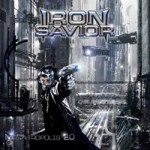 Iron Savior – Megatropolis 2.0 (AFM Records)
Re-mixed and vocally re-recorded due to original product dissatisfaction for the 2007 original, Megatropolis 2.0 from sci-fi power metal veterans Iron Savior gives listeners a second chance to hear these 9 songs in a better light. One of the two bonus tracks reaches back to the self-titled debut – and sure the newer version has a little more thickness for Piet’s vocals, but outside of retaining songwriting rights due to Dockyard 1’s demise it’s difficult to recommend this wholeheartedly beyond completing the collection for followers of this German act’s discography. Better off with their recent concert outing Live at the Final Frontier for my money. – Matt Coe (Iron Savior on Facebook) 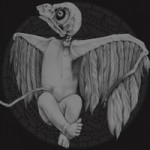 Katechon – Coronation (Nuclear War Now! Productions)
There are seemingly two sides to Katechon on their second album, Coronation. A howling, blistering black death metal monster and a more pensive and reflective thinker. One wouldn’t expect the two parts to be able to appropriately gel with each other, but that’s exactly what happens here. For every ripper like “Asylum” there is a more dissonant and methodical “Days in Delirium.” The two even come together in the same track, as heard in “Humanity Diseased.” It’s an interesting approach that takes two familiar subsets and does right by them both. It may not be revolutionary, but it’s done well. – Kyle McGinn (Katechon on Facebook) 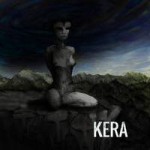 Kera – Kera (Self-Released)
Gojira seems to be making more of an impact as each day progresses (and for good reason). The latest band to have some slight Gojira influences is that of fellow French band Kera. Kera combines some of that Gojira-esque groove with a more progressive death metal structure. For a first release, the band shows they can keep up to the writing style with more established bands, but need to step outside the box if they want to shine a bit more attention on themselves. That being said, “Architect of Chaos” is a straight-up thrasher that just about anyone can enjoy. – Kyle McGinn (Kera on Bandcamp) 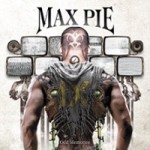 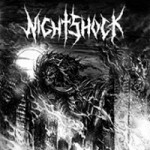 Nightshock – Nightshock (Iron Shield Records)
Nothing like a stripped down three-piece to unleash some evil speed/thrash at you like Italy’s Nightshock. Their self-titled debut is a 9 song, half-hour fist to the face affair, loaded with material that may occasionally throw the doom riff or two (“Nothing Will Remain”), but for the most part has a lot of those rough around the edge qualities for old Venom, Deceased, and Motörhead maniacs. Acidic, whiskey soaked vocals, pumping bass, and punkish guitar overtones that bring everyone back to metal’s primal roots. Probably won’t set cash registers on fire, but should gain a cult-like appeal. – Matt Coe (Nightshock on Facebook) 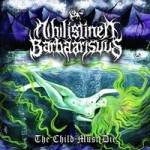 Nihilistinen Barbaarisuus – The Child Must Die (Infernal Kommando Records)
Taking a rather fruitful heavy metal source of inspiration (the Finnish Kalevala), the US/Finnish band Nihilistinen Barbaarisuus blast out some older symphonic black metal that will reside well with followers of older Dimmu Borgir and Cradle of Filth (and the slew of their impersonators). Some of the older feel comes from the more raw production, and NB do a good job of recreating that ‘90s black metal feeling of melodic tremolo picking with underlying synths in the background. It doesn’t veer too far from what has already been established, but it’s nice to hear a band like this that doesn’t too much emphasis on the symphonic element (as Dimmu moved towards). – Kyle McGinn (Nihilistinen Barbaarisuus on Facebook) 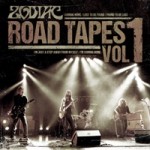 Zodiac – Road Tapes Volume 1 (Prosthetic Records)
The German four-piece who love equal parts bluesy southern rock as they do their 70’s proto-metal as they can squeeze in some Thin Lizzy/Rival Sons splendor release a digital live album recorded on last fall’s European headlining tour. 10 songs in 76 minutes means extended musical interplay from the studio recordings, allowing “Cortez the Killer” and “Coming Home” a bevy of jam opportunities for guitarists Nick van Delft and Stephan Gall to showcase their tasteful licks and lead breaks, plus you gotta love the “Where Eagles Dare”- Maiden drumroll that comes up multiple times in “Holding On”. Edge of your seat versions if you love the band, and gives a peak into what you may miss on stage. – Matt Coe (Zodiac on Facebook)