Gothminister – Utopia (AFM Records)
The fifth studio album from Norwegian industrial/ dark metal outfit Gothminister, Utopia reminds me of a twist of Pain with a Gothic twist- the vocals of Gothminister morose and macabre. Smart hooks, pulsating grooves, and Machine’s addictive guitar riffs make “Someone Is after Me” and “Nightmare” adequately exciting. Visually alluring, I bet these guys thrive in the live environment. – Matt Coe (Gothminister on Facebook)

Hexvessel – Iron Marsh (Svart)
Finnish odd ducks Hexvessel are gradually emerging as a force in the retro rock scene, with their LSD-addled tunes making an impact in all phases. They’re like the band you’d go to when Ghost and Blood Ceremony have worn you down – or become too heavy. Hexvessel is only heavy in visuals and when combined with easy, reflective numbers, it’s not difficult to wonder what decade these guys think they’re living in. Extra points for a totally bugged-out cover of Yoko Ono’s “Woman of Salem Radio.” – David E. Gehlke (Hexvessel on Facebook)

Infinita Symphonia – Infinita Symphonia (Scarlet)
A Michael Kiske guest spot on “Fly?” Sign us up! The former Helloween/current Unisonic throat sure enjoys his guest appearances, and with “Fly,” he makes the second album from Infinita Symphonia have a greater sense of legitimacy. This very Euro-sounding album sounds like if Hammerfall wanted to have less songs about battles and being metal, and were more in touch with their feelings. Big, roomy choruses on “The Last Breath” and “Drowsiness” are cool, if not overly poppy for their realm. – David E. Gehlke (Infinita Symphonia on Facebook)

Lacrimas Profundere – Antiadore (Napalm)
The past, and apparently present purveyors of “rock and sad,” Germany’s Lacrimas Profundere have been a critical punching bag of late. Frankly, Goth rock/metal is always a tough sell with metal journalists who like things extreme and nothing else, but DR has a soft spot for a good tune, regardless if it’s about getting all sad about being dumped by a chick. It’s one of lives great quandaries, you know? Quality commercial rock/metal like this, though, can be enjoyable for fleeing moments, like “What I’m Not” and the HIM-like “Dead to Me.” – David E. Gehlke (Lacrimas Profoundere on Facebook)

Lantern – Below (Dark Descent)
Claiming to be a “relentless plunge into unfathomable darkness,” Lantern don’t let an ounce of light into the seven songs that comprise of Below debut. All the right moves are made in terms of making this a dank, and – you guessed it – dark death metal release, with a muddled production and plenty of turgid-sounding harmonies to go around. Some of the songs (see: “Entrenching Presences”) get a little long in the tooth, but hey, we’re crawling around in the dark, time is not of the essence. – David E. Gehlke (Lantern on Facebook)

Power Trip – Manifest Decimation (Southern Lord)
For a while, Southern Lord wouldn’t touch black metal. Now they sign black metal bands. Subsequently, they stayed out of the thrash revival; now they sign thrash bands. Like Dallas’s Power Trip, who in spite of making this scribe recall the Monster Magnet album of the same name (“Space lord mutha mutha”), channel the long-flogged 80’s thrash horse like usual. Manifest Decimation loves its reverb and token Nuclear Assault as much as Dan Lilker enjoys seeing his name in someone’s album credits. A nice departure for the label, sure, but nothing more. They even have their own theme song, “Power Trip.” Nice! – David E. Gehlke (Power Trip on Facebook)

Sacrilegious Impalement – III: Lux Infera (Woodcut)
Led by Impaler Von Bastard (an awesome name for Myspace circa 2007), Finland’s Sacrilegious Impalement do the traditional black metal ho-down on III: Lux Infera. With sheer black metal blasphemy in the house, the band is lucky in the riff department – these don’t feel as nicked from Norway as they should, resulting in some chaotic moments on “Angel Graves” (love the guitar solo), “Down for the Grim Lord” and the unholy “Behead the Infants of God,” which is the album’s rocked-out number. The only thing absent was some domineering keyboards. Von Bastard left those at home. – David E. Gehlke (Sacrilegious Impalement official site) 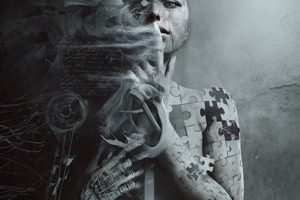 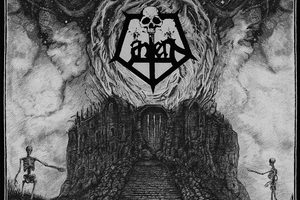 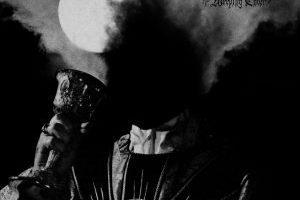 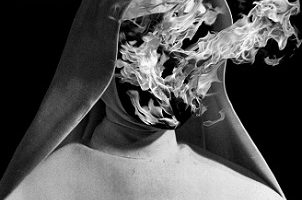