This depends on your locale, but it is unfathomably hot at the moment. Like, cook-your-breakfast-on-the-sidewalk hot. Those with the benefit of air conditioning and plenty of fans are no doubt seeking relief through these measures while the world continues to fend off the pandemic. It is yet another opportunity to dive deep into the spate of releases we are so fortunate to experience. Up for this month’s Rapid Fires is Carnivora, Clairvoyance, Draconis, Embodiment, Grand Massive, The Hallowed Catharsis, Ice War, Meridian Dawn, Phobetor, Sombre Héritage (pictured), Stygian Crown, Terradown, Voivod, and Wanderer. 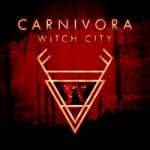 Carnivora – Witch City (Self-Released)
Salem, MA metal act Carnivora show another side to their style with “Witch City”, the latest single from the group. Normally known for their extreme thrash/death, groove, and modern attack at the genre, this track showcases a bit of their doomier and semi-progressive angles. Between vocalist Haydee Irizarry’s bone chilling melodic stance and the supplementary ‘burn the witch’ fierce background vocals plus the solid musical support in terms of riffs and powerful tempo/groove shifts, it’s the type of song that can possibly break the band to a newer, wider audience. The guitar harmonies from Cody Michaud and Mike Meehan are gold, and drummer Dan DeLucia throws some serious quick hitting fills to up the aural energy levels. Another New England treasure here. – Matt Coe (Carnivora on Facebook) 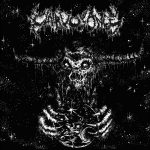 Clairvoyance (Poland) – Demo (Caligari)
Twenty years ago, the new Polish death metal kids on the block were Decapitated. One could remember the excitement their Winds of Creation debut created, if, primarily because of their then-young age. While Clairvoyance won’t elicit the same kind of fervor, their three-song demo racks up points with its American death metal leanings — they’re somewhere in the doom-thralls of Incantation and any number of the Tampa bands. Calling this just “Demo” may be doing Clairvoyance a disservice. Many EPs and even regular albums sound far worse and less chaotic. A promising start. – David E. Gehlke (Clairvoaynce Facebook) 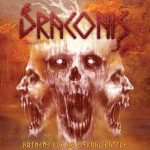 Draconis – Anthems for an Eternal Battle (Brutal Records)
Argentinian death metallers Draconis have been kicking around 2003, going largely unnoticed on these shores, and, likely, for most of the world. Such are the perils of playing death metal in South America — only the kvlt survive. On Anthems for an Eternal Battle, Draconis play it loose and not-exactly-tight, meaning tremolo melodies and off-kilter rhythms usually muck things up. Seventeen years after their formation, Draconis still have a bit to go. – David E. Gehlke (Draconis Facebook) 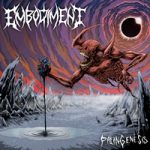 Embodiment – Palingenesis (Self-Released)
A real blender of different facets of death metal, Embodiment have a good sense of balance with their second full-length, Palingenesis. Some technical bits, melodic and progressive elements, and some modern death (and even deathcore vibes) all come together quite suitably and occasionally in dizzyingly brutal fashion. The melodies are playful much of the time (see “Masquerades”) and everything really feels quite cinematic as well. Really not much to complain about for extreme metal fans with this one. – Kyle McGinn (Embodiment on Facebook) 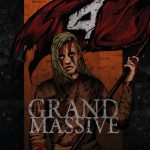 Grand Massive – 4 (Metalville)
Technically, 4 is not Grand Massive’s fourth studio album — it’s their fourth overall release. Factoids aside, this German troupe sports long-and-lean sludge and stoner metal in the Corrosion of Conformity, Fu Manchu and Kyuss vein. There are minor pangs of more commercialized metal floating about on “Devourer of Time,” but, by and large, 4 regularly surprises with its penchant for heaviness and involved drumming. Sort of strange bedfellows when considering Grand Massive’s target audience, but score one for variety and going out on a limb here. – David E. Gehlke (Grand Massive Facebook) 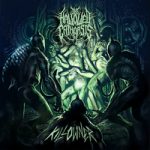 The Hallowed Catharsis – Killowner (Lacerated Enemy)
The latest in a string of EP releases dating back to 2014, Killowner is proggy, technical death metal that isn’t afraid to go crazy and a bit unhinged. All good though, with brisk tracks (never reaching 3-minutes) it makes the frenetic rush rather desirable. As does the band’s slightly old school vibe to progressive chaos, which provides plenty of meat on the death metal bones (no sterile sounding vibes here). It’s heavy, sometimes unpredictable, but definitely worth checking out if you want some proggy sounding death metal. – Kyle McGinn (The Hallowed Catharsis on Facebook) 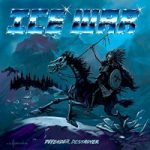 Ice War – Defender, Destroyer (Fighter Records)
A one-man band from Canada, Ice War embrace a speed/heavy metal style for this fourth full-length in as many years Defender, Destroyer. Credit Jo Capitalicide for all songwriting and instrumentation – letting his muse go into Exciter frenzy for the title track as easily as “22 Acacia Avenue”/ Iron Maiden terrain for “Mountain of Skulls”. It’s fairly straightforward, layering the guitars, bass, drums, and vocals with the spirit of the 80’s at the helm – raw, in your face, and occasionally hitting those ear-splitting screams and banshee wails (check out “Crucified in Fire”) that melt paint off the walls. Ice War won’t exactly set the scene ablaze – but it’s a great, energetic reminder of keeping the youthful energy and spirit of those early days at heart. – Matt Coe (Ice War on Facebook) 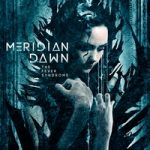 Meridian Dawn – The Fever Syndrome (Self-Released)
Full speed ahead old school melodic death metal is what’s on tap for Meridian Dawn’s full-length debut. Visceral energy brings to mind acts like Detonation and In Thy Dreams instead of the usual suspects – this isn’t the type of melodeath you get too much of nowadays. It’s refreshing to hear a more thrash-friendly variety spring up once again. It doesn’t reinvent it by any means, but there’s plenty of passion and energy for genre fanatics to thrive off of and enjoy. Short, sweet, and sharpened to a deadly point. – Kyle McGinn (Meridian Dawn on Facebook) 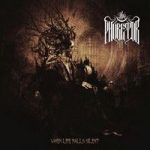 Phobetor – When Life Falls Silent (Self-Released)
Phobetor’s first full-length, following a EP last year, gives them a solid foothold into the modern death metal arena. No nods to the old school specifically, just lots of energy and groove to sink into. The tempos can vary wildly, from blistering speed to pleasantly chunky mid-tempo grooves and some slower atmospherics – often in the same track. Debora’s snarls are throaty and intense (and she shows some clean-ish singing too), giving the band yet another interesting flavor in their sound. A number of intriguing moments and thrills await on When Life Falls Silent, and hopefully the band can get a push towards album number two. – Kyle McGinn (Phobetor on Facebook) 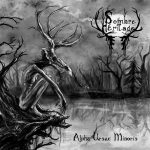 Sombre Héritage – Alpha Ursae Minoris (Sepulchral Productions)
Alas, another French-Canadian black metal band to behold. Formed in 2019, Sombre Héritage is emblematic of the ghastly and unforgiving winters by which their music was forged. So, essentially, you can ping their Alpha Ursae Minoris debut off Blizzard Beasts-era Immortal. The tremolo onslaught and blast-barrage certainly justify such notions, but, when those textured melodies and minor keyboard nuances enter the fray, then, Sombre Héritage sound like an already-realized entity. – David E. Gehlke (Sombre Héritage Facebook) 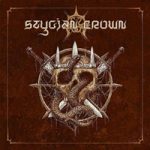 Stygian Crown – Stygian Crown (Cruz del Sur Music)
California act Stygian Crown pay homage to doom metal through this self-titled debut record. The type of epic, crushing doom with mammoth riffs, low-tuned, rumbling bass, heavy drumming, and the soothing, semi-operatic vocals that bring Candlemass and Solitude Aeturnus to the forefront of your mind. Keyboardist Melissa Pinion has that measured mountain top range that can be comparable to a more discerning Messiah Marcolin, while the rhythms and lead work of Andy Hicks and Nelson Miranda should have everyone swaying, headbanging, and dancing in the aisles. “Devour the Dead” and the atmospheric “When Old Gods Die” are two standouts – the quintet off to a fabulous start at two plus years together. Fresh blood ensures this cult-movement shows no signs of burnout anytime on the horizon. – Matt Coe (Stygian Crown on Facebook) 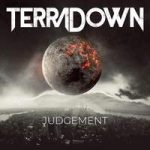 TerraDown – Judgement (Self-Released)
From the Netherlands come TerraDown, and Judgement is the first release from this modern groove metal act. Shades of melodic death metal and thrash act as a coating for the band’s true strength, which of course is groove. It’s plastered into every track, and never fails to be engaging and entertaining. The melodeath/thrash injections keep it running, but feel a bit more generic. At 50-minutes on this one, it’s a bit of a stretch to go at in one sitting. A more concise follow-up with some of the melodic strength from the groove added to the rest of the material would do the band quite well. – Kyle McGinn (Terradown on Facebook) 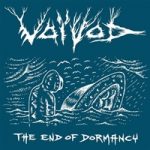 Voivod – The End of Dormancy (Century Media)
Canadian avantgarde progressive /thrash masters Voivod always go big or go home when it comes to their creative muse. This three-song EP The End of Dormancy a classic example – releasing two versions of the title cut in ‘metal section’ (heavily brass-infused) and live renditions from the Montreal Jazz Fest, tacking on “The Unknown Knows” live to fill out the track list. The brass inclusion adds a sweeping/cinematic texture to the song, melding well with the time changes and progressive, roller coaster atmosphere. The live version allows for some extended sax solo proclivities, and really showcases their uniqueness to multiple styles of music as more than the average metal follower can digest and enjoy. May the weird travel forward another decade or more. – Matt Coe (Voivod official website) 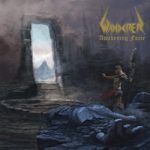