With the sun out and summer in high gear, there’s still plenty of time to set aside for some quality heavy metal. If nothing else, consider this a chance to ready yourselves for the August onslaught this year, containing a shockingly large number of quality pieces from high-caliber artists. In the meantime, feel free to check out some worthy (and not so worthy) choices below. This month we cover Chemical Burn, Curse of the North, Cyrax, Dark Hound, Death Angel, Defect Designer, Dygitals, Kobra and the Lotus (pictured above), Nevoa, Sacred Blood, Scarnival, Shrapnel Storm, Steel Raiser, Terminus, and Vesperia. 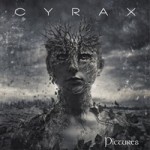 Cyrax – Pictures (Bakerteam Records)
Trending far more on the “weird” side than most Italian metal bands, Cyrax (isn’t that the name of a character in Mortal Kombat?) blend the operatic charm of Therion with the brunt-force action of modern metalcore and death metal. On a surface level, it probably shouldn’t work, or at least translate to something approaching mid-level black metal. Yet the band’s oft-kilter experiments have some pay off, like on the abrasive “The 7th Seal,” which proves to be a nice setup for the three-part “Shine Through Darkness.” Apparently a young group of lads, Cyrax may need to iron out some kinks in the songwriting department to better accompany their inherent wackiness, but for the most part, Pictures hangs tough. – David E. Gehlke (Cyrax on Facebook) 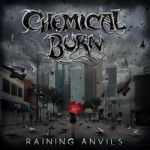 Chemical Burn – Raining Anvils (MegaSonic)
Groovy thrash that occasionally veers towards some metalcore-ish territory is what you’ll find on Chemical Burn’s Raining Anvils. Addictive, heavy, and chock full of monstrous riffing is probably an even better way to describe it. There’s a clear Bay Area influence to this San Jose band, with some burly sounds coming from cuts like “My Weakness” and the title track. Couple it with some interesting solos (“Transcend”) and some slight dabbling in melodies (“UnCloned”) give Raining Anvils enough variety to keep things interesting from start to finish. Easily recommended to fans of Pantera, Lamb of God, or Machine Head. – Kyle McGinn (Chemical Burn official website) 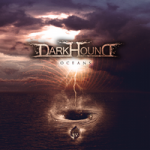 Dark Hound – Oceans (Rampant Struggle Records)
The obvious place to begin with Dark Hound is that they’re from Nashville, country music’s indisputable home. How these fine gents never caught the country bug is up for debate; their molten, meat-and-potatoes approach on Oceans, isn’t. Sort of a combined front of Megadeth and King Diamond, Dark Hound kick out razor-sharp thrash when a slight theatrical bent in the vocal department. Without much veering to the sub-genre side, their five-song Oceans EP retains a focus that would certainly work well if spread into the realms of a full-length, with even the punk-oriented title track. Some slight progressive tinges also pass on by, but, the root of the matter is Dark Hound play it rightfully straight and come away looking like a promising band. – David E. Gehlke (Dark Hound on Facebook) 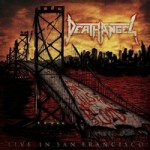 Death Angel – The Bay Area Calls For Blood – Live in San Francisco (Nuclear Blast)
Legendary thrash band Death Angel usually isn’t usually one for these smaller write-ups, but The Bay Area Calls For Blood is the band’s latest live album. The recording quality of this album is pretty solid (sans a few minor hiccups/sound dips here and there – hence the ‘live’ recording) but it’s the setlist that may puzzle some fans. With a vast majority of the album catering to the band’s last two releases, long-time fans may be a bit puzzled to see their favorite track missing from the list. But these are the two albums to be released since their last live recording so it’s more personal preference than anything else. But when coupled with the Thrashumentary DVD, chronicling the band’s history, it becomes a blind buy for Death Angel fans. – Kyle McGinn (Death Angel official website) 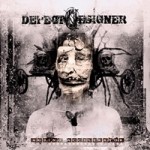 Defect Designer – Ageing Accelerator (Sleaszy Rider Records)
The brainchild of Dmitry Sukhinin, Defect Designer enlisted current and ex-members of Septic Flesh, Cryptopsy, and Diskord to flesh out the sound. One can’t argue with the results. This is some modern death metal that isn’t too flashy, nor is it too linear. It’s a true compliment to the album to say that there are some interesting twists and turns throughout, yet everything feels cohesive. There’s some downright brutal moments (“Yellow Grimace”), some trippy moments (“I Remember You Dead”), and just about everything in between. Not to mention the energetic and memorable (hate to say ‘melodic’ here) riffing that works as one of the true highlights of Ageing Accelerator. An intriguing album that’s sadly going to fall under the radar of many. Don’t let it happen to you! – Kyle McGinn (Defect Designer on Facebook) 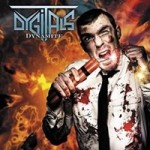 Dygitals – Dynamite (Mausoleum Records)
Now active equally for their second go-around as their 80’s original incarnation (6 years), France’s Dygitals release their fourth full-length record Dynamite. Expect 10 songs of classic metal with melodic hard rock vocal harmonies – imagine Accept and Pretty Maids engaging in a tussle with UFO and Y&T and that will give you some clue to the street level anthems that the band delivers in “30 Years of Rock” and “No Way Out”. Decent guitar work notwithstanding, Herve Traisnel’s bluesy, semi-whiskey soaked voice has limited punch in the upper reaches – and the cartoonish cover doesn’t elevate Dygitals’ profile much. Dynamite would struggle getting out of single A, minor league baseball in a crowded marketplace. – Matt Coe (Dygitals on Facebook) 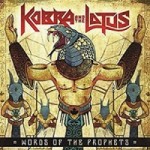 Kobra and the Lotus – Words of the Prophets (Titan Music)
Calgary, Canada’s Kobra and the Lotus showcase some of their country’s long-standing historical talent for hard rock and metal on this 5 song EP. Respectful renditions of Triumph’s “Lay it on the Line” (you have to love the smoking lead break and Kobra’s high octane vocals here) and Rush’s “The Spirit of Radio” won me over immediately, but the true surprise may be “Sign of the Gypsy Queen” from April Wine – a band many only know for their minor power ballad hit, but this was one of their highway heavier numbers. A nice peak into the legends of hard rock/metal, can’t wait for album four from KatL. – Matt Coe (Kobra and the Lotus official website) 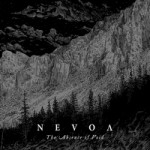 Nevoa – The Absence of Void (Altare Productions)
Nevoa is Portuguese for “fog,” a fitting term in the context of two-man, atmospheric black metal. The band’s The Absence of Void debut leans heavily on a lot of current BM hot-and-happening outfits, most notably the lush melodies of Deafheaven, and the estranged, biting tones of Liturgy. As one would expect, there’s plenty of chaotic happenings, like on “A Thousand Circles,” where upon Nevoa’s swell of harsh chord movements make a direct impact. Also, don’t sleep on the acoustic “ballad” “Alma,” which even boasts some female singing. Some intriguing stuff… – David E. Gehlke (Nevoa on Facebook) 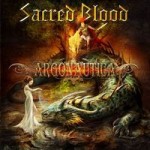 Sacred Blood – Argonautica (Pitch Black Records)
A bit curious as to how all of these Greek metal bands are handling their country’s economic crisis. Surely it will have some type of trickle-down effect on them, no matter how far down on the economic totem pole they may be. One of Greece’s power metal entrants, Sacred Blood, are now on their third full-length in the form of Argonautica, an album filled with many Euro power metal truisms and gallant strokes. Heavily orchestrated (amazing what some good samples can do these days), the album’s quasi-charm comes via hard-charging tunes like “Hellenic,” and “Call of Blood,” which is probably the strongest representation of Sacred Blood’s hardline approach to symphonic Euro power metal. – David E. Gehlke (Sacred Blood on Facebook) 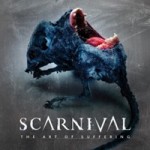 Scarnival – The Art of Suffering (Kernkraftritter Records)
Germany spawns a new melodic death metal entry to stand up and take notice of: Hannover’s Scarnival. Brandishing a rawer production and thrash overtones, the modern grooves and repetitive metalcore refrain during “The Easy Solution” doesn’t negatively affect the guitar harmony action, while “Hindsight” is the direction In Flames should be taking circa their Colony period. Even the ubiquitous ‘Speed’ Strid of Soilwork makes a guest appearance on “Watch Me” – but the insane timing and twin guitar skills from Henna Deutsch and Christian Kähler on “Rewind” position Scarnival in potential top tier Melo-Death territory. Plus the twisted artwork reinforces the album title – this quintet hone in and hammer things home in 50 minutes. – Matt Coe (Scarnival official website) 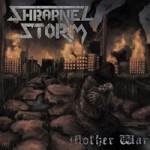 Shrapnel Storm – Mother War (Witches Brew)
Recording and releasing 4 demos prior to this debut album Mother War proves Finland’s Shrapnel Storm are very willing to put the elbow grease into their craft. Expect 10 songs of mid-paced death metal, locked into solid grooves and a steady swath of militant riffing that many have come to know and love from Bolt Thrower over their vast discography. The one-two rhythm section punch for “Carpet Bombing” plus napalm driven “Calling of the Void” are two winners, and Tarot guitarist Zachary Hietala contribute a cool solo for “Radars Down”. Perfect for the old school death heads. – Matt Coe (Shrapnel Storm official website) 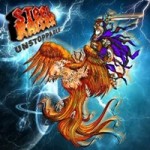 Steel Raiser – Unstoppable (Iron Shield Records)
Italian power metal normally brings to mind visions of Labyrinth or any Rhapsody incarnation – but Steel Raiser instead choose to straddle the American and German lines on this third studio record Unstoppable. Accept, Metal Church, and Saxon come up on more mid-tempo, street-oriented anthems like “Inexorable” and “Scent of Madness”, while those who love faster sing-a-longs chock full of happier twin guitar harmonies and double bass flourishes should champion “Fast As the Light” and the title track. Problem is, Alfonso Giordano’s weak high range and warbling tendencies severely impact the enjoyment level – unless shrieking banshee melodies are your cup of tea. 10 songs in a tidy 42 minutes, Steel Raiser may have the quintessential logo/cover combination, too bad the musical presentation falls a bit short. – Matt Coe (Steel Raiser on Facebook) 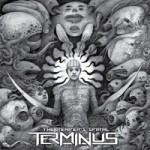 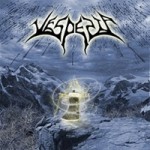 Vesperia – The Iron Tempests (Self-Released)
A teaser EP to set up their forthcoming Wacken Open Air appearance and third album, The Iron Tempests from Toronto, Canada’s Vesperia is a 3 song, 13 minute recording that showcases their solid skill set in the symphonic, Celtic death metal platform. Dramatic and speedy, “The Western Tempests” has that Scandinavian charm, while “Iron Saga” is more epic in terms of choirs, riffing, and ramping up the symphonic angle. A 2:17 blitzkrieg death metal instrumental interpretation of “In the Hall of the Mountain King” closes the proceedings. Bassist Morgan Rider has a chilling bellow that makes Johan Hegg sound normal by death standards, so pick this up if only for its remarkable brevity. – Matt Coe (Vesperia official website)