Musicians handle tragic circumstances in their own way. For Jon Oliva, the death of his brother Criss Oliva on October 17, 1993 at the hands of drunk driver sent the man back into the studio for the recording of A Handful of Rain, introducing Testament guitarist Alex Skolnick into the fold and a new Savatage would live on with Criss’ work and memory never far from Jon’s heart.

Fast forward 18 years, and tragedy hit once again as long-time Jon Oliva’s Pain guitarist Matt LaPorte died suddenly at his home in April 2011. Rather than resort to illegal activity to numb the pain, the veteran artist took stock of his life and felt the time is no better than now to record his first ever solo album. Raise the Curtain is a wide-open affair – exploring the roots of Jon’s influences, as well as some of the last material he could find from Criss’ early riff development as a teenager.

Deciding that we needed to learn more about the album, Jon happily took the time to chat with me one weekend morning recently, where we laughed and shared tales of road life, recording life, and favorite memories past and present in his long, productive career.

Dead Rhetoric: Raise the Curtain is the first solo album in your career – can you inform the readers why now is the right time to release a solo record and what type of guidelines did you put on the songwriting that maybe differentiate this release from your work in Savatage or Jon Oliva’s Pain?

Jon Oliva: The idea actually came to do the solo record when guitarist Matt LaPorte passed away. I have a friend of mine, Dan Fasciano who you see on the record, co-wrote a lot of the material with me, I was working with TSO (Trans-Siberian Orchestra) in the afternoons and Dan and I would hang out in the mornings and we just started writing material. I had a few riffs of Criss’ left that I wanted to do something with and it wasn’t really planned that way.

Losing Matt, I didn’t want to deal with the whole band situation at that time – I needed something to keep me busy. It’s kind of like what happened when Criss died and I did Handful of Rain, it was kind of living the same movie again. He had some great stuff, I had some great stuff, and if there was ever a time to do a solo record, now was the time to do it. I’m in between what I want to do about replacing Matt for sure, plus the music I had of Criss’s was the earliest stuff we ever wrote, and it was pre-heavy metal, so it didn’t lend itself to a JOP thing. They were very old school, so I thought I could do whatever I want with this solo record and not have to follow any particular guidelines. And that’s how the whole idea started, then we put material together and it went on from there.

Dead Rhetoric: “Soul Chaser” is a song that you worked on in a special way in a songwriter’s workshop at last year’s ProgPower USA festival. How did you approach this unique event and what sort of feedback/ interaction do you think you received as an artist that helped shape this particular track?

Oliva: The thing with the “Soul Chaser” song was a lot of fun. The workshop… I wanted to create something like that for the people in the audience to be a part of that would be released. Doing the basic track there, and then we recorded the crowd singing the ‘oh…no’ and other little things. It was a lot of fun, the people in the crowd loved it, and it’s on the album. It was a spur of the moment thing, I had never really done one of those workshops before. The 300 people that were there were a part of that song, we laughed, we joked, and I thanked them on the album as the ‘Prog Choir.’

Dead Rhetoric: You went through the last set of riffs your brother has written and incorporated some of these ideas into the album. Describe a couple of these tracks and what type of emotions get stirred when you know such an incredible writer and performer like Criss was taken from the world far too early in life?

Oliva: The first song on the album where you have material written by Criss is “Ten Years.” We were working on this and the chorus part is Criss’. We took Dan’s song and the part from Criss and lobbed them in together. He was 16 or 17 when he wrote that part. The one that’s really cool to me from Criss is “Father Time.” That riff that starts that song is probably the second riff Criss ever wrote in his life, he was 15 when he came up with that. I took another old Avatar song and worked his riff around this, and wrote the rest around it. “The Witch” is another one, that’s when Criss first bought a 12-string guitar, after three hours we got it in tune, he cranked up the amp and the first thing he played was like a Rush riff, and that’s the main part of that song. The riffing on here is pre-Sirens, the first group of songs that we were writing together. These are the last ones I have of his on tape, and it’s kind of weird how things end with the earliest material I have on tape. It shows people where we started and what we were doing before Savatage.

Dead Rhetoric: There is definitely a lot of your early influences on this record, I can hear a lot of The Beatles, Deep Purple and others from the 1960’s and 1970’s that shaped you as an artist…

Oliva: This record is just chock full of influences. From The Beatles to Deep Purple, Emerson Lake & Palmer, Yes, Queen, everybody that I loved. That’s the cool thing about a solo album- you can do what you want to, and people want to play things differently. This was myself, Dan, and Chris Kinder (drums) barring a couple of friends who did bits here and there. With an open forum like this, you are doing whatever comes to your mind and floats your fancy.

Dead Rhetoric: How do you view the differences between the recording and performance processes as you grow older and wiser?

Oliva: I personally now prefer the recording process over the performances. The touring thing is great with flying all around the world but you know what happens is after weeks of being out there, it grinds on you. If I sing “Sirens” one more time, I’m going to have to hurt people [laughs]. I prefer the studio because in the studio you can create something. Live is get up there, plug in, play, go to the hotel, drive for eight million hours, play again, and after a while it can get tiring. The actual time I love is the time I am playing on stage, and that makes it worthwhile because the fans are great and that’s what you are there for. At this stage in my career I’ve toured so much it really doesn’t benefit me that much to go on tour. While I’m still alive I’d rather write and record as much as I possibly can- because going out on tour takes away four-five months that could be spent in the studio.

Dead Rhetoric: What do you remember most about making the transition from Hall of the Mountain King to Gutter Ballet? And do you think Gutter Ballet set the template for the rest of Savatage’s and even your solo career?

Oliva: I think the main difference is Hall of the Mountain King was the first album we did with producer Paul (O’Neill). Paul opened up a lot of doors for us because he came into the picture at the lowest point of our lives, after Fight for the Rock and we had been ripped off for over two million dollars, it was kind of tough to rebound from that. Paul was very good for us because he pushed us to try different things. On Mountain King we still kept it kind of heavy, we were trying to get over the last album. The transition between Mountain King to Gutter Ballet, Paul told us that we could experiment a little bit. He encouraged us to show more sides to Savatage, and for that album as well as Streets, that’s exactly what we did.

We stopped worrying about everything being a heavy metal song – we wanted things to be a great song. Paul was very instrumental in pushing us down that road, giving us the confidence to believe in ourselves and know that what we were writing was great. We were afraid everyone was going to hate us after what we did on Fight for the Rock, we were afraid to even put our shoes on correctly. They hated that album was hated by the fans as much as we in the band hated it, so it took Hall of the Mountain King to get back in the fans favor. 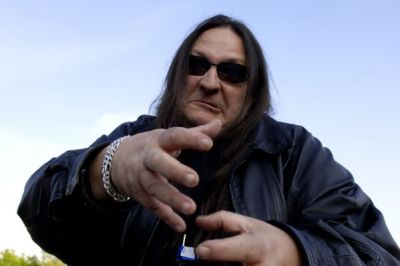 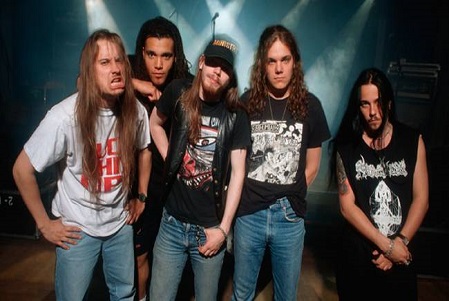