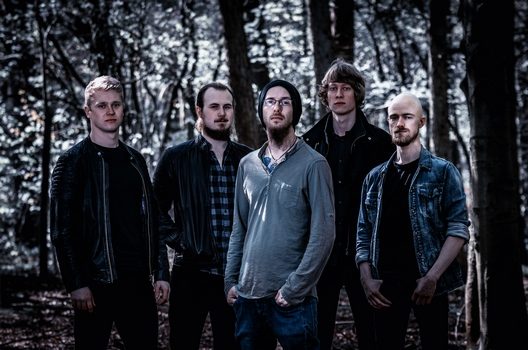 The year officially kicking into gear, we are always trying our hardest to cover as much ground as we possibly can. 2019 has some big guns to come, so we might as well try to get a jump on things with our Rapid Fires. This month we investigate Altitudes & Attitude, Chasing Dragons, Disillusive Play, Fenrir, Gorgon, Metal Inquisitor, Mourning Sign, Orbynot, Shuulak, Slow, Starbreaker, Verdande (pictured above), and Walking Gray. 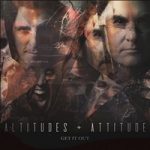 Altitudes & Attitude – Get It Out (Megaforce)
A side project for two of the big four thrash bassists (Anthrax’s Frank Bello and Megadeth’s David Ellefson), Altitudes & Attitude surround themselves with a bevy of special guests to flesh out this full-length Get It Out. Very much in your face, straight ahead melodic hard rock with a bit of a punkish/alternative vibe throughout, these 13 songs sit in that Foo Fighters meets 70’s vibe (think Cheap Trick or Thin Lizzy). Frank’s voice is comfortable at a mid-range delivery, giving “Booze & Cigarettes” plus “Slip” that urgency and personality to fit like a glove, while “Cold” meld together a Rush-like drum shuffle against some old Kiss riff aesthetics. Guests include Ace Frehley, Gus G, Nita Strauss among others – it’s a fun project between two seasoned veterans that allows them to stretch their chops in a basic format. – Matt Coe (Altitudes & Attitude official website) 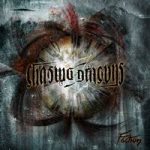 Chasing Dragons – Faction (Self-Released)
Straight-forward modern/alternative metal is where Chasing Dragons finds their niche, which isn’t a bad thing. There’s a lot of punchy and energetic moments, and they manage to hit the sweet spot in being catchy but not too sugary in tone. Driving riffs like those on “Parasite” really shine and wouldn’t be out of place if given some radio play, but if you listen to the melodies there’s plenty of substance sitting underneath – from the vocal hooks to the big drums and guitar riffs. A great all around package for someone investigating the melodic side of the genre. – Kyle McGinn (Chasing Dragons on Facebook)

Disillusive Play – Open Arms (Self-Released)
With some clear nods to bands like Lacuna Coil and Evanescence, Disillusive Play wade into some well-traveled territory with Open Arms. Unfortunately, the whole thing falls a bit flat. The vocals are rather high in the mix, which doesn’t serve the rest of the music to the best extent as it often simply hides behind them. The vocals are fairly strong, but nothing really stands out – much like the remainder of the group’s efforts. The production seems to further inhibit as the energy often feels sucked out of the material. In a field this full of talent, it just feels like Disillusive Play needs to step things up a notch if they want to be recognized. – Kyle McGinn (Disillusive Play official website) 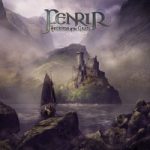 Fenrir – Legends of the Grail (Self-Released)
Returning after a seven year absence since Echoes of the Wolf, Fenrir have a medieval, folky take on metal. Acoustic guitars and violins give the music a very authentic vibe, but somehow the album just doesn’t seem to capture as much magic as it should. The violin melodies and a few gritty riffs will make the listener smile from time to time, but more often than not the music feels held back and lacks the energy needed for what should be a more riotous romp through the olden days. No doubt it’s well-built but one’s memories of the album end up far more fleeting than some of the leaders in this field. – Kyle McGinn (Fenrir on Facebook) 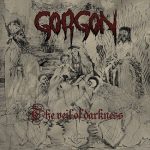 Gorgon – The Veil of Darkness (Osmose)
Some dudes just have it. “It,” being the ability to spew vocals as if a thousand razors were going to work at the same time. A sore throat overdose. In the case of Gorgon sole and main dude Christophe Chatelet, it’s evident his shredded-to-pieces larynx has survived the 28 on-and-off years the band has been in business. The Veil of Darkness is the band’s first full-length in 19 years, coming together in a cleanly-produced, but nihilistic package where primitive black metal runs head-first into thrash, all the while, Chatelet bites and barks like a man half his age. – David E. Gehlke (Gorgon Facebook)

Metal Inquisitor – Panopticon (Massacre Records)
Content to churn out albums on their own timeline (Panopticon their fifth full-length in 21 years, an institutional building for those not in the know), German act Metal Inquisitor live for primal heavy metal – referencing 70’s and 80’s influences and never shying away from those affinities. Maiden-esque bass/twin guitar synchronization, shrieking vocals, and harmony hooks abound as you take in winning tracks like “Change of Front” plus the epic adventure for the almost eight-minute offering “Re-Sworn the Oath”. Don the leather, break out your favorite instrument to promote air simulation, and raise those horns as this style never loses its fervor. Those who love Maiden, Priest, Mercyful Fate and others cut of that traditional cloth, Panopticon is a feast to treasure. – Matt Coe (Metal Inquisitor official website) 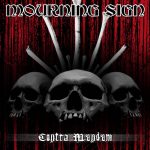 Mourning Sign – Contra Mundum (Orchestrated Misery Rwererdings)
One of those bands who was sorely-overlooked in the 90s only to make another run at things, Sweden’s Mourning Sign shows little sign of age on Contra Mundum, their first studio album in 22 years. Certainly of the progressive death metal variety, the band unfurls one avalanche of sound after the other — tremolo picking is always in motion, deadly guitar sweeps work their way in and the songs are full-bodied, almost too much at times. However, death metal like this deserves a “more is more” approach. Mourning Sign are that and the proverbial bag of chips. – David E. Gehlke (Mourning Sign Bandcamp) 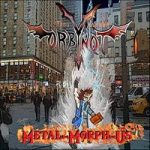 Orbynot – Metal-Morph-Us (Self-Released)
Led by Tony Gabriele, Orbynot really take the listener back to the ’80s heavy metal glory days on their latest album Metal-Morph-Us. The riffing style, the vocal presence of Metal Rose, the stylized leads and solos, and the attitude – it’s all here and with plenty to spare. Spot on covers of “Breaking the Law” and “Children of the Grave” should be the final clue to indicate Orbynot’s direction, nestling in quite nicely with other anthemic cuts like “Shedding Skin” and “Battleground.” A great release to just crank up and have some fun with. – Kyle McGinn (Orbynot on Facebook) 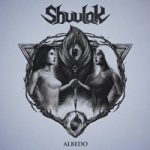 Shuulak – Albedo (Self-Released)
A Dutch metal band with their second release Albedo – which even at three tracks could be classified in the single category, as the title cut is a scant 57 seconds while the other two songs clock in at eight and a half minutes in total. A deep-rooted interest in alchemy and the occult as far as lyrical content, musically the band blends together progressive, gothic, and groove metal elements for “Hunter’s Moon” and “The Meek” – the former more adventurous while the latter possessing a hypnotic sinister mid-tempo groove. It’s difficult to pinpoint specific influences, as they incorporate alternative, modern rock melodies against darker grooves, progressive guitar interplay, and remarkable twists in atmosphere even within measure to measure. Wets the aural appetite for hopefully a longer outing the next release. – Matt Coe (Shuulak official website) 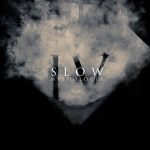 Slow – IV Mythologiae (Code666)
As discussed to the point of overkill, there may be no more appropriate name for a funeral doom band than Slow, the Belgian duo comprised of multi-instrumentalist Deha and vocalist Lore. As suggested in the title, Mythologiae is the band’s sixth studio offering, with the usual array of ultra-slow (what else?) tempos and darkened atmosphere. The songs, naturally, can be quite the slog — the shortest one here is ten minutes, so, strap yourself in (with Benadryl) and see where this thing goes. Slow moves slow. – David E. Gehlke (Slow Facebook) 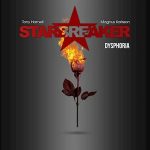 Starbreaker – Dysphoria (Frontiers Music)
The third Starbreaker album featuring ex-TNT singer Tony Harnell and Primal Fear guitarist Magnus Karlsson may be 11 years after the last one – but it never disappoints for those into melodic meets occasionally aggressive heavy metal. Tony’s endearing high range matches seamlessly to Magnus’ rhythms and ease of energetic output, pushing “Pure Evil” plus the dramatic “Bright Star Blind Me” to the heights of superstar collaboration. Tack on a modern outlook to the 70’s Judas Priest classic “Starbreaker”, and you’ll never question these gentlemen when it comes to an affinity for metal forever. As consumers, it’s hard to distinguish one project from a thousand these days given the proliferation of product, but Starbreaker has the right street cred and key songwriting/performance components to belong in the winner’s circle. – Matt Coe (Starbreaker on Facebook) 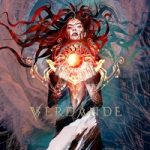 Verdande – Verdande (Self-Released)
Combining groovy riffs with some progressive melodies in an overall aggressive flair, Verdande make their first steps strong ones with this self-titled EP. Some death, some thrash, some metalcore – all in all plenty of variety to take in and the proggier pieces give them more on the intricate side than you might initially expect (there’s some solid solos littered throughout). The vocals are frequently intense and keep the music sounding pretty brutal considering the melodic touches, and the switchover into cleans hit the right emotional tone (“When Forever Ends”) whey they swing in that direction. – Kyle McGinn (Verdande on Facebook) 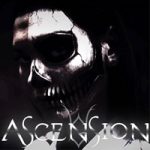 Waking Gray – Ascension (Self-Released)
Featuring two members of Anaria, Waking Gray is another symphonic metal band that pushes the parameters with heavy riffing, dramatic verses, and stunning orchestration on their latest single “Ascension”. At almost seven-minutes, you’ll feel a whirlwind of emotions thanks to the fierce and dramatic vocal presentation of Jessica ‘Mercy’, and the proper guitar action to compliment the proceedings from Sergio Salvucci. Everything from Opeth and Symphony X to Epica and Evanescence comes to mind as influences– and that versatility keeps interest on high, especially with Jessica’s operatic presence in the second half along with some savage, extreme background vocal supplementation. Sadly it seems like Waking Gray is no more – but fear not, as Anaria will return with a full-length in 2019. – Matt Coe (Waking Gray on Facebook)