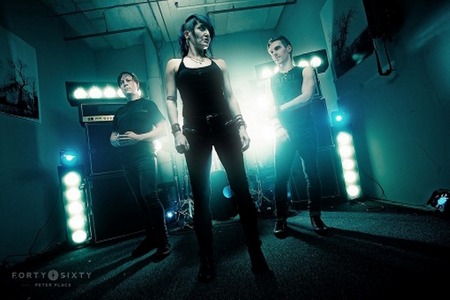 Dead Rhetoric: So how important just the emotion of it all play in each of InAeona’s songs?

Laviazar: Oh it’s probably everything. In making the album, you really have to stick the landing on your lines as a singer to really get that – to say what you want, but in the best translatable way possible. That is a real challenge – to make sure the way a line is said or the way that a chorus rings that you are singing the emotions. You can say “I woke up today” and depending upon how you say it, it means something totally different. That is very important – the emotion is very important. It is a very emotional album, and we are not afraid of that. Sometimes it can be seen as dramatic, but its also life. You just have to embrace it. That’s what we are trying to do.

Dead Rhetoric: Life can be dramatic at times as well…

Laviazar: Yeah, most of the time it is! The more you fight it – I have this Buddhist thing going on sometimes, it’s like ‘life is suffering and what do we do about that?’ Do you fall into it? Do you become stoic? Or do you try to find that middle path of acceptance and know that this is just the way it is and we are all headed towards that brick wall of never. Ride it, be in it, don’t fight it, but don’t give up. It’s weird. I hope I’m making some sort of sense [laughs].

Dead Rhetoric: I think it’s understandable though – it’s very relate-able. I think that’s what gives your music that little touch. There’s a real emotional kick to your music that you don’t find in a lot of other metal bands.

Laviazar: Sometimes that’s the case. Other times, it depends upon the person too, the people that are conveying it. For me, it might just be the type of kid I am. I’m not afraid of emotions. That sometimes can get me into trouble. Sometimes I need to learn how to shut the fuck up. But I really believe when it comes to art – I guess I’ve been given so much by so many artists that are so based on emotion. Because of those artists, my life has been changed and maybe even saved. When you hear someone saying something and you know that they aren’t talking to you but it feels like they are. It makes you feel less alone in the vastness of this universe. If you can alleviate that for one second for someone else – Jesus that’s all you need to do. That’s big! That’s it – I’m trying to give back what I’ve been given. My influences – I love metal. I’m big into metal. Cult of Luna’s Vertikal was a huge influence on this album. Just the emotion behind what they do, their rhythms and their depth blew my mind. To have the honor of doing four shows with them is mind-blowing.

Dead Rhetoric: You’ve cited NIN as an influence and there are some definite industrial sounds at play within your music. What other bands do you think are doing ‘industrial’ well, currently?

Laviazar: The thing is – I’m not really too familiar with what’s going on in industrial right now. Mostly what I do, when I talk about bands that influence me – they never really stick to one category. I listen to what suits me. I’m a huge Radiohead fan, and I’m a huge Bon Iver fan. The thing that got me with NIN was the story and the emotion, and the lack of fear of saying of what we all want to say but are too afraid to. Sonically, we take more of the rhythmic aspects of industrial. But I’m not too familiar with a lot of bands doing too much of that right now. Not to say that they aren’t, but it’s not something that I’m familiar with. I see some elements in metal bands, but I think industrial itself has gotten a bad rap. It kind of went off the deep end, and I think it has gone way underground.

Dead Rhetoric: What can you say about the recording process for Force Rise the Sun? Any odd experiences or did it go smoothly and according to plan?

Laviazar: We did a lot of the recording ourselves. My drummer James [Dunham] is a pretty good sound engineer. Blue Sky was also self-produced. So we controlled the situation pretty well. There weren’t too many surprises. I did do all of the vocals on there – it’s all me. Oftentimes we get asked who does the lows or screams – it’s all me. It was insane! I lost my voice three times. It pushed me into realms of really exploring and pushing my range to the highest and lowest points possible. It was something! It was very grueling and very emotional. When you are doing take after take, trying to stick that landing and hoping that your voice is going to hold out. That was crazy! It was a challenge – some of the highs on there, that’s the very highest I can sing. You are hearing it. It was hard.

Dead Rhetoric: And that was just you, as the band, pushing yourselves…

Laviazar: That’s the thing – when you are putting together songs and it is asking for something from you, and you aren’t sure if you can give it. You are writing a line, and you know where it needs to go and you hear it, but you aren’t sure if you can do it. Pushing and being able to say, “oh my god I can do this.” Really exploring those ranges and doing what the song is asking of you – that was a big process there. It was the shock of that, and the pain of that. But at the end, being able to say, “Oh shit, I got it. I did it.” It’s a big deal.

Dead Rhetoric: A lot of the post-metal bands are all using, for lack of a better word, bearded guys. Do you think that your singing style opened any doors in this particular genre?

Laviazar: I’m not sure if it opened any doors, I see it more in terms of being divisive. The vocal stylings that we do are so not of that genre. It’s not what is being done right now, so it can be “oh Jesus Christ that’s the worst thing about the band” or “that’s the best thing about the band” – it’s very divisive. What it comes down to is that I learned a great lesson a long time ago about being myself. About using my own voice. Don’t try to do anything else. Don’t try to be anybody else – that ultimately is all you’ve got. I just either stupidly or bravely, there’s a fine line and a big difference between the two, I just decided to go with me and what was coming out of me. I never really gave a thought about whether it would be divisive. A lot of times when we would play with different bands like that, we get different reactions. It’s fun to see. I really is, because we are different and that’s okay.

Dead Rhetoric: What’s coming up for the remainder of the year?

Laviazar: It’s really busy right now. It’s crazy busy. We are shooting a video for one of the songs on the album. Then we will be starting our tour and we are really pumped to go back out on the road. We haven’t been out on tour since last fall so we are getting really antsy. Typically we do two in a year. So we are going to be having a release show in Boston on August 30th with So Hideous, Set and Setting, Meek is Murder, and we are really pumped about that. Then we start our 4 day run with Cult of Luna and Kylesa and I just cannot believe it. Again, from $20 and a PBR to playing a much bigger stage and to many more people – even for just four shows it is such an honor. We are really pumped that we got picked to do that – it’s mindboggling actually. Then we are off for a few weeks before heading out again later in the fall. Then we’ll see what else happens. 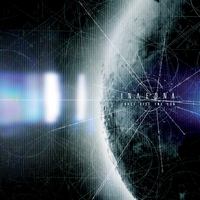 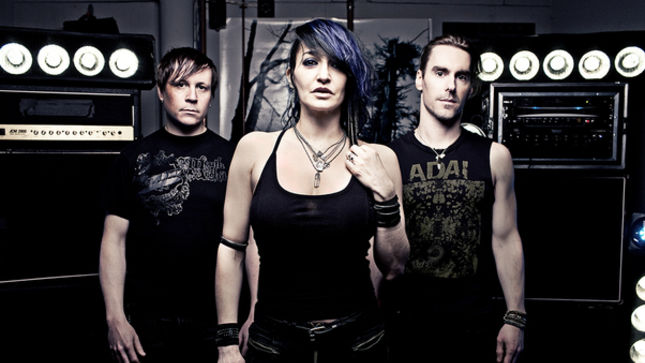