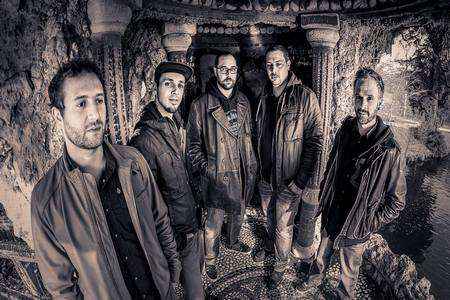 Sometimes the best music is the one that just randomly grabs your attention from out of nowhere. Personally, Bandcamp has provided that outlet, with the next “great band” could be just around the corner. One click away. One such discovery is that of French metallers Grorr, whose Anthill album provided a unique inquiry into heady concept albums (this was an cyclical album about ants across the seasons after all) with many peaks and valleys, and utilizing a number of different, ethnical instruments in addition to their metal onslaught.

Two years after Anthill, Grorr has returned with The Unknown Citizens. Another intriguing concept album based upon a poem with plenty of social/political commentary if you read into it. They also managed to secure a label (ViciSolum) to release their newest work. We were able to fire off some questions to guitarist Gael, who filled us in on the band’s name, the new album, and their thoughts on concept albums.

Dead Rhetoric: Is the band name really coined from a “grunt?”

Gael: Yeah, something like that. Our first musical orientation was Death. Grorr is an onomatopoeia we all loved, it’s a striking name and it’s easy to remember.

Dead Rhetoric: How did the deal with ViciSolum come about?

Gael: Thomas Hörnkvist heard our last album Anthill; he took the risk to sign us because we were his favorite. He totally trusted us with the making of The Unknown Citizens. It is a very demanding label so we gave the best of ourselves on this album.

Dead Rhetoric: Both of your albums used some “non-metal” instruments, how do you decide what you can include in a song without it sounding too out of place?

Gael: On our previous album we wrote ethnic instrument parts on metal pieces of composition. At that time we didn’t really know how to use them. This association was new to us so we made tones of experiences to see what would sound best. We now consider these instruments a full part of our sound. We started writing the ethnic instruments and the rhythms first for The Unknown Citizens.

Now we know what is going to sound good or not; we just have to pick the right instrument according to what we want to tell. These ethnic instruments have a tremendous ability to create emotional atmospheres, they are very interesting to use when building the set of a story. When it’s done, we just keep what we like most among everything we’ve written.

Dead Rhetoric: The alternating use of heavy and calm stands out in your material. How do you find the right balance?

Gael: We always put ambiance first. Of course when the music is violent, it’s because it serves the theme of the song. We think that inserting softer songs gives a certain kind of break in the listening of the album. Our choices are made according to the story we’re telling. We always pre-record the whole album on our own so we can have a full vision of it. It’s a good test to see if we can listen to it several times in a row without getting tired of it.

Dead Rhetoric: How do you feel that Grorr has progressed since Anthill?

Gael: When we released Anthill, it was the beginning of the creation of our own sound with this mix of metal and ethnic instruments. We recorded this album with Gilles Lahonda and we worked all together to get to this far more complete finish today. We have evolved in our way to write our music, to compose it and to use different instruments. We always try to progress as much as we can ; we want to write new things and we constantly question the purpose of our work. The new album seems more mature to us, and handled better.

Dead Rhetoric: What was it that inspired you to write the album about the W.H. Auden poem (The Unknown Citizens)?

Gael: This poem is freaking amazing! We’ve come to the conclusion that this album needed to be cut into 3 parts of 3 songs. This structure gave us the opportunity to put less pressure on the writing and be more flexible than on Anthill. This previous album was really exhausting emotionally and took out all our creativity. We knew we wanted to tell the story of three different lives but we were still seeking “the morale to the fable”.

W.H. Auden was born in 1907; he was a writer and like many at this time, he took part in the war of Spain and in the second world war. He wrote the notable The Unknown Citizens, that is an epitaph of an ordinary citizen in an Orwellian society, totalitarian and dehumanized. As we read it, we learn that this character has done everything society imposed him, but we know nothing about his state of mind. We imagined being in the head of three of these typical types of citizens. The three of them represent nearly the whole population, they don’t act spectacular but they make the engine run. Are they free? Are they happy? These are the last questions of the poem and they were the start of our story.

Dead Rhetoric: Anthill was meant to be viewed as one song, on a loop. Does the same feeling apply to The Unknown Citizens?

Gael: Not necessarily. There was a time when we were thinking about releasing a sort of musical series with a common thematic every 6 months. That’s why those 3 parts are really different when it comes to ambiance. However, there is a new moral to the fable if you play the story on a loop. We have chosen the order of the songs on purpose because it sends back to the human history: making wars, rebuilding, draining the resources, making wars again, and so on …

Dead Rhetoric: Anthill and The Unknown Citizens are meant to be heard from start to finish. Do you feel something is lost if someone just listens to a track out of context?

Gael: The best way to enjoy these albums is to listen to them carefully from A to Z. We’ve tried to make songs strong enough to be self-sufficient. We are fully aware that many people don’t care about the concepts and the most important thing for us is the quality of our music. We want people to get interested and dig further into the story, and maybe they will even think about it after.

Dead Rhetoric: The Unknown Citizens is about 3 characters: the fighter, worker, and dreamer. Was it challenging to come up with a way to musically represent the different characters?

Gael: Totally! It sure was a challenge, but that’s what we’re seeking when we’re writing. Developing the main features of each character was fascinating. First we chose their personal instruments, melodies, scales, tempos and rhythmic patterns. At the end of the day, the most difficult part for us is to keep creating new things, we fear of repeating ourselves.

Dead Rhetoric: The Unknown Citizens is your second concept album (after Anthill). Does it seem logical to assume you will continue this type of storytelling in the future?

Gael: Well nothing is settled. We compose new albums when we have interesting ideas to work on, both music and themes are important. We can’t deny we love making concept albums but we can’t stay stuck in this if we have no reason to make one.

Dead Rhetoric: Do you feel there is something more special and rewarding about a conceptual story, rather than individualized songs?

Gael: We have always been big fans of concept albums. We love to search for all the tiny details that hide behind the music and the lyrics, that’s really cool! We are excited when the music stimulates the imagination and at some point we can even imagine the film that goes with it in our heads. But don’t worry we’re also able to feel this with individualized songs too!

Dead Rhetoric: Do you view the storytelling aspect to be a less preachy way to discuss the world around us?

Gael: We’re making the music that we use to listen to relax. We’re only musicians, not philosophers or sociologists. If we were, we’d been writing books or teaching conferences.

As we’re making songs, we write about topics we like to discuss and we all are interested into the matters of the world. That’s why we chose the fable form because it gives us the opportunity to tell funny stories and give a message in a less direct way. Our goal is to offer a journey to the person who is listening to our songs and if it makes him think that’s great for us.

Dead Rhetoric: Has Grorr done much in terms of touring?

Gael: We played many gigs but unfortunately we’ve never crossed our borders. We are really looking forward to defend our album everywhere people would like to see us.

Dead Rhetoric: What’s coming up for Grorr as we approach 2015? 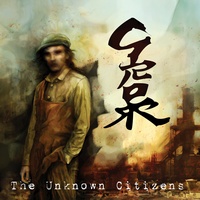