Flotsam and Jetsam – Remaining Ugly and Proud of It 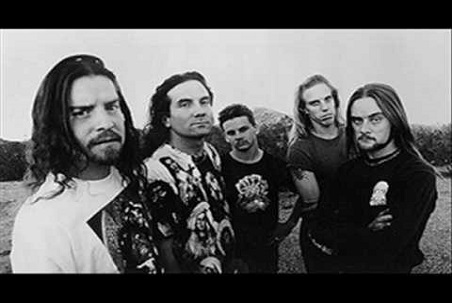 Dead Rhetoric: When you did come back to the band and recorded Dreams of Death in 2005, you sounded so focused on that release. What changed then?
A.K.: Yeah that was really the beginning of letting Mark essentially take the helm and pretty much everything. We gave him the freedom of songwriting and he pretty much wrote the drum parts, the bass parts, the guitar parts and wrote the vocal melodies. He wrote it all basically, but not so much the vocal stuff on that record, and that preempted his hunger to do the Cold record. It worked out really well, and there’s stuff on Dreams of Death I really like and I tried to do a themed story throughout the whole thing and it was kinda half-heartedly. It really just fell together and were kind of all in the same realm lyrics-wise, so that was kind of a neat thing. I had never done that before.

Dead Rhetoric: I did find it to be a darker album. Did you feel that way too?

A.K.: Yeah the whole thing is about a guy who goes to sleep and dreams about killing people and he wakes up with death and blood everywhere. There’s a song in there of him killing his dad, his girlfriend and him killing his therapist. The whole album is basically that kind of story that goes horribly wrong.

Dead Rhetoric: Now going back to Ugly Noise, former bassist Jason Newsted helped out a bit. What did Jason contribute to the band?

A.K.:: Well Jason comes around town once in a while and he will take us out to dinner and we’ll go jam and just have a good time a couple of nights. So that’s what he did the last time he came into town, he took us out and we just talked about old times and I think he misses us once in a while. He and Mike had recently gotten together and jammed in his living room and ended up writing a couple of songs and we wanted them for the record and he says we could have them.

Dead Rhetoric: So I take it you are all remain good friends with Jason?

A.K.: Jason’s life and our careers don’t give us a lot of time to spend together, but once every five or six years he comes into town and we’ll get together and jam a few times and have a beer and whatever.

Dead Rhetoric: Are you all spread out as band members?

A.K.: Well that’s why I talked about the triangle because me, Mike and Kelly all live in here in town. Ed’s [Carlson] in Orange County and Jason Ward’s in Chicago, but we’re all still gung-ho with everything and if we can’t get somebody to go out on tour we just get someone to step in.

Dead Rhetoric: On the Dark Roots of Thrash tour, I saw you live in Toronto and you did play a lot of thrash classics, so what was it like revisiting old material?

A.K.: There are some classics that we can’t get away without playing and No Place for Disgrace has to be on there; people go nuts for that stuff. Either “Hammerhead” or “Iron Tears” has to be on there and we always have to go back to the classics, which I really enjoy doing anyway.

Dead Rhetoric: Also, with Overkill dropping off the tour you were forced to play a longer set, was that something you were able to work around?

A.K.: Oh yes, we had a good headlining set all worked out so we had to reduce that down for the Testament tour. When Overkill had to bow out we basically brought more of our headlining set with us and just play it out. We have a two and half hour set that we are prepared to play at any time.

Dead Rhetoric: Do you have any upcoming tour dates that you would like to mention?

A.K.: We’re really waiting until tomorrow when the record comes out, and then our agents can really talk to each other. We get the same story back from local tour offers that we don’t really have any new material out, so it’s hard for them to give us an offer as far as pushing something new. We’re definitely waiting for this record to come out so that we can go back to some of the tours we are trying to jump on. We don’t have anything concrete right now, but we have a couple of festivals we’re doing like the U Fest here in town and the Warriors of Metal in Ohio, so other that that we don’t have anything concrete, but just a few sticks in the fire.

Dead Rhetoric: So what was the motivation to coming back to Metal Blade Records?

A.K.: You know we just wanted to do a distributing deal with somebody, and basically have a sales percentage-only type deal and not have anybody own all our stuff and Metal Blade jumped at the chance. They made us a great offer and we can trust them because we have been dealing with them for decades and they didn’t even hesitate. It was very comfortable and easy to deal with.

Dead Rhetoric: Finally, is their plans for another album with this line-up?

A.K.: We’re already working on the next one and we have about four or five tunes that didn’t make it to Ugly Noise. They were really good songs, but we just didn’t have the same time to work on them as the ones that actually made it. So those just need some time and TLC on them and Mike is writing some more songs, plus I’ve got a few lyric ideas down already, so we’re working on it. As soon as we hit some type of tour to push this Ugly Noise thing, or a couple tours anyways, we’re gonna start working on the next record while on the road. Our studio is at Mike’s house basically, so we’ll get Ralph back in who mixed the last couple of records and start on the next one as soon as we have some time off.