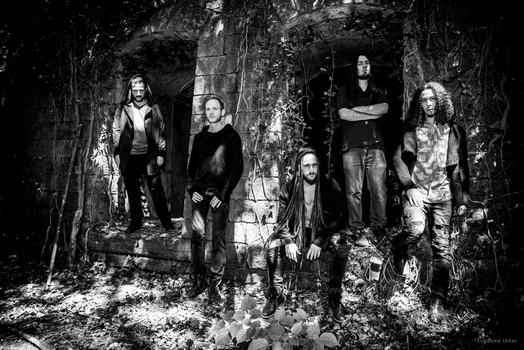 In the midst of regularly cleaning out snow this winter, it’s nice to get some music in to warm up the brain after a good chill. Since we have plenty of music hitting our inbox, we use the Rapid Fire column to squeeze out a few more releases. This month we look at Abythic, Anime Torment, Blitzkrieg, Enemy Awake, Final Void, The Impaler, Ricky Warwick, Scarred (pictured above), Sullen Guest, Unbounded Terror, Under a Spell, and Venomous. 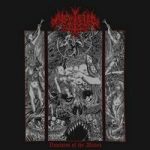 Abythic – Domination of the Wicked (Iron Bonehead)
Cold and dirgy doom/death is a fitting choice for the bleakness of winter, and Abythic return with a third full-length to satiate that feeling. Some of the doom hits near-funeral tempos, and while the tempos never really ‘rage’ per say, it maintains an urgent tone and that helps to keep the listener engaaged. Just enough gloomy melodies are woven into it as well, making sure that the lengthy tracks (the opening duo at least) have plenty to do during their runs. Nothing out of the ordinary, but Domination of the Wicked is enjoyably dark and downtrodden. – Kyle McGinn (Abythic on Facebook) 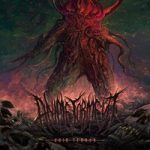 Anime Torment – Void Terror (Slovak Metal Army)
In the mood for something brutal? Anime Torment’s Void Terror is a punishingly heavy slab of death metal that never lacks for carnage. A short, 6-song EP is a perfect length for something like this, as it can lay out uncompromising brutality and not worry about fatigue. It more or less bulldozes from beginning to end, but it also has a good variety of vocals (highs and lows) and the tempos switch up regularly – it’s frantic but it does not get boring. The band has two full-lengths and a few other short releases to their name, and one can only hope this pushes them forward in terms of awareness. – Kyle McGinn (Anime Torment on Facebook) 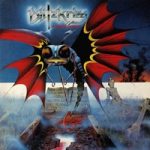 Blitzkrieg – A Time of Changes (High Roller Records)
Reissuing the first studio album from UK act Blitzkrieg, A Time of Changes is another essential component for NWOBHM framework during the mid-80’s. A steady supply of traditional riffs with a bit of that evil edge along with the impeccable voice of Brian Ross keeps songs like “Blitzkrieg” and “Hell to Pay” top of mind. Keyboards and wind synthesizers on specific tracks add more mysterious ambiance which helped the band differentiate themselves from more straightforward acts of the time. A great piece for newer generations to dig deeper into the movement, while the older generation who maybe haven’t had the chance to get this can get caught up as well. – Matt Coe (Blitzkrieg on Facebook) 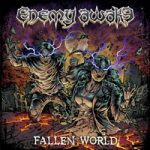 Enemy Awake – Fallen World (Self-Released)
Previously known for 2017-18 as Enemy Inside, Swedish duo Enemy Awake are releasing their second full-length with Fallen World. Intertwining a groovy/sludgy brand of melodic death with occasional thrash leanings, expect a rough, HM-2 driven guitar tone along with lower growls from Rebecca Holm that keeps these eight songs circulating themes and textures that can remind people of Amon Amarth, Dismember, and Entombed with a bit of 90’s/2000’s-era Metallica thrown in at times. The drum programming and lower production values diminish the appeal of some strong riffs and transitions, as “Cryonation” and the rock ‘n’ doom track “Dead Soul” have promising hooks and logical front to back song mechanics. Colorful and striking artwork could gather more to the Enemy Awake coven – let’s hope next time a better budget for production needs elevates the material to that next level. – Matt Coe (Enemy Awake on Facebook) 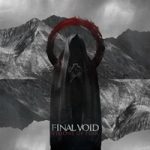 Final Void – Visions of Fear (Inverse Records)
Another Finnish melodic metal band that injects their sound with the right atmosphere and melancholy aspects on their second album Visions of Fear. Mixing morose clean melodies and deep growls vocally, the music has a shimmering, catchy spirit with bouncy riffs in key sequences plus calmer clean / acoustic guitar passages. Musically songs like “Common Enemy” and “Abomination” contain those hypnotic rhythms, in the pocket tempos, and gothic-tinged accents that most into 90’s era Metallica, Paradise Lost or Sentenced will enjoy. The inconsistency of vocalist Tuomas Kotajärvi when it comes to specific higher melodic notes makes certain segments more whiny than intended (“Common Enemy” the clearest example), but doesn’t completely bring the quality of this record off the rails. A group to keep tabs on. – Matt Coe (Final Void on Facebook)

The Impaler – A Fate Worse than Death (Self-Released)
Straddling that deathcore/death metal line for all its worth, The Impaler strike quickly after their debut last year with this second full-length. Expect some breakdowns and chugs to go along with that modern death metal extremity, and while the band wears some of their influences directly on their sleeves (Thy Art is Murder, Aversions Crown), they do their best to avoid being bogged down by them, as well as breakdown fatigue. Its rather destructive in tone, and if they continue to pave a way forward that is less influenced by others, there’s some potential here. – Kyle McGinn (The Impaler on Facebook) 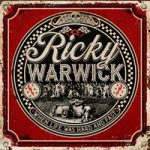 Ricky Warwick – When Life Was Hard & Fast (Nuclear Blast)
Taking a break away from his main duties at Black Star Riders, Ricky Warwick stays in that comfortable melodic hard rock lane with solid Celtic/bluesy traditions for his fifth solo record When Life Was Hard & Fast. Beyond the expected Thin Lizzy-esque axe harmonies that penetrate “You Don’t Love Me” and “Fighting Heart”, a softer, almost country-like “Time Don’t Seem to Matter” and old-timey throwback “Clown of Misery” featuring Ricky conveying more of a transistor microphone element a la Bruce Springsteen/Bob Dylan ensure the diversity one hopes for in a venture like this. Guests include Joe Elliott, Andy Taylor, Dizzy Reed and even Ricky’s daughter Pepper. Perfect for those who follow this veteran singer’s career – and don’t mind a more Americana leaning record in the Tom Petty mold. – Matt Coe (Ricky Warwick official website) 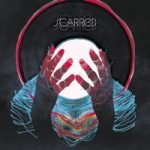 Scarred – Scarred (Klonosphere Records)
Modern metal act Scarred return with their latest self-titled effort, and there’s a lot of throttling and thrashy energy to enjoy. Comparisons to Gojira or Sylosis are almost unavoidable, but the band does steer clear enough to help make more of a name for themselves than a simple reference point. There’s no shortage of chunky and grooving riffs, frenetic melodies, and even atmospheric moments to sink your teeth into, and the varied dynamics is easily the band’s strong suit. A more under-the-radar gem that’s worth an investigation if you want something more modern yet heavy. – Kyle McGinn (Scarred on Facebook) 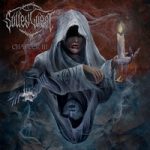 Sullen Guest – Chapter III (Self-Released)
Sullen Guest sits closer to doom than they do death metal, but the combination of the two is still fitting. Lots of longing and depressive riffs to be had, but like the giants of the genre (Novembers Doom, My Dying Bride), they find a way to make the melodies more uplifting without altering the overall glum tone. The vocals for this are quite interesting too – with a real tormented and anguished tone that varies across the board. A strong release for those who like this doomy style. – Kyle McGinn (Sullen Guest on Facebook) 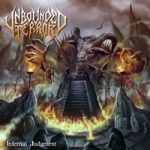 Unbounded Terror – Infernal Judgment (Xtreem Music)
A bit of a ‘stop gap’ release, Infernal Judgment contains a hodgepodge of materials. One new song in the form of the title track, 4 rerecorded tracks from their first full-length (1992’s Nest of Affliction), and three live tracks. This is timeless, ’90s death/black with a side of thrash and doom, so if you are into the sound or Unbounded Terror in particular, it’s a solid investment even if it’s by the books. There’s lot of energy and subtle melodies to pick up on that make it enjoyable. – Kyle McGinn (Unbounded Terror official website) 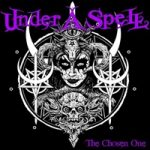 Under a Spell – The Chosen One (Pure Steel Records)
Picked up by Pure Steel after an independent release, Texas act Under a Spell with their debut album The Chosen One live for a steady supply of 80’s metal and thrash influences on these eleven tracks. Between the potent semi-operatic voice of Pam Rosser and the galloping riffs / steady, pounding tempos, the denim and leather brigade will don their favorite pose and hoist hands to the sky to thunderous anthems like “Voodoo Doll” (featuring some drum solo activities during the conclusion from Eric Smith) and the mid-tempo/crunchy “Into the Dark”. Atmospheric edges a la early Ozzy Osbourne against King Diamond make the almost eight-minute epic “Invitation to a Dark Sleep” a specific highlight. US metal to watch for, hopefully gaining more presence with follow-up offerings. – Matt Coe (Under a Spell official website) 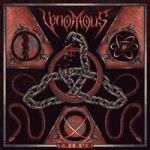 Venomous – Tribus (Brutal Records)
Happy to discover acts from foreign lands, here is the progressive, melodic death metal band Venomous from Brazil and their newest EP Tribus. The follow-up to their two albums Defiant (2018) and The Black Embrace (2019), you can expect a modern, staccato-like feel to opener “Eerie Land” which mesmerizes against the clean/gruff vocal juxtaposition – while “Duality” contains those killer melodic guitar touches and stutter step tempo shifts you love in older Dark Tranquillity or In Flames. When the band chooses to be a little darker and subtle with the guitar layering, you get a mix of Sepultura/Machine Head rage for the closer “Unity” while the twin harmonization brings about Scandinavian thrills. Catchy and thrilling all the same, four songs that illustrate the versatility and pounding nature of Venomous in the best light. – Matt Coe (Venomous on Facebook)