The second month of 2017 provided in terms of new releases to fawn over. As per our habit, here is the next installment of Rapid Fires, our short review column. Bands up for review this month include Black Sites, Blackened Symphony, Bungler (pictured above), The Darkhorse, Dying Empire, Evil Priest, The Furor, Ithilien, Obitus, Ravager, Rebel Souls, Screamer, Thron, Tiger Junkies, and Wrath from Above. 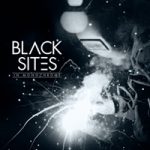 Black Sites – In Monochrome (Mascot Records)
Mastermind guitarist/vocalist Mark Sugar may be best known for his work in Chicago cult metal act Trials, now forging his own vision with Black Sites. The quintet draw inspiration from classic and modern metal influences of a doom, progressive and just heavy variety on these 10 tracks. From twisted Voivod-esque guitar phrasing in “Monochrome” to the foreboding gloom that has Trouble/Sabbath textures on “Hunter Gatherer”, there are also signs of Hammers of Misfortune multi-genre appeal, especially in Mark’s intriguing, almost soulful melodies. Aggressive, progressive rhythms and matching screams give “Locked Out- Shut Down” explosiveness for the second half of the record. Exciting times indeed in the Mid-West, especially for those who love left field metal. – Matt Coe (Black Sites on Facebook) 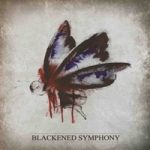 Bungler – The Nature of Being New (Innerstrength Records)
Not quite sure about the name “Bungler,” as it somewhat suggests the band is prone to being clumsy; i.e. “bungling things up.” But alas, this Buffalo power trio throws down metallic hardcore style on The Nature of Being New. While the band wisely stays away from tough-guy beatdowns, they have a decidedly angular and frothy sound, somewhat in line with the spate of noise-core bands who came to roost not too long ago. With the proliferation of snow and cold weather in Buffalo, Bungler have plenty to be salty about…and it shows. – David E. Gehlke (Bungler Facebook) 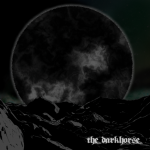 The Darkhorse – The Carcass of the Sun Will Sleep (Attic Records)
The “muddy fields and pig sheds of Northamptonshire” are a perfect setting for sludge metal, U.K.-style. The Darkhorse got their start in 2014, subsequently releasing a six-song EP, A Badge of Dishonour and Discomfort. The Carcass of the Sun Will Sleep is the band’s first full-length, a suitably heavy offering that works in the slow-footed heaviness of Crowbar, along with the much-needed swagger of prime-era Corrosion of Conformity. Elsewhere, “We Fear None But Our Own” dips into modern metal pools, showing The Darkhorse can do more than slug it out in slow-motion riff fields. – David E. Gehlke (The Darkhorse Facebook) 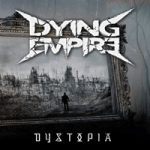 Dying Empire – Dystopia (Art Gates Records)
Together since 2014, German five-piece Dying Empire embrace the tumultuous loss of self-identity through modern technology and control in their melodic, groove-oriented thrash/death platform on this debut album Dystopia. Injecting everything from power riffs to blast beats, fiery quick lead breaks and vocals that can crossover to multiple crossover death, thrash, or hardcore music followers, everything from Sylosis to Soilwork and Machine Head crops up in material such as “Tarnished Sight”, the massively slam-oriented “Reign in Silence” or Gojira-ish rhythmic barrage that is “Oblivion”. The clean aspects to the moodier “Inner Eclipse” diversify things a bit, but the weaker, low melodic delivery needs improvement for the future. Those who like more musicianship elements in their hooks beyond bouncing around to the riffs and screams could dig Dying Empire. – Matt Coe (Dying Empire official website)

Evil Priest – Evil Priest (Caverna Abismal Records)
Hailing from Lima, Peru, Evil Priest are a three-piece death metal band of the vintage variety. It’s always interesting to see how bands from exotic and not-so-common locations adapt to metal’s ever-changing tide or storied past, but it appears the Evil Priest gents are content with hunkering down with sounds in the vein of old Autopsy and the vaunted Stockholm scene. However, the four songs found here are as raw as they come, showcasing a bubbling, if not whirling approach to brutal death metal. Let’s not forget the fact it would be awfully cool to see a death metal band to emerge from Lima. That hasn’t happened very often… – David E. Gehlke (Evil Priest Facebook) 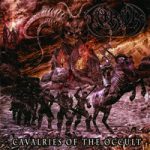 The Furor – Cavalries of the Occult (Transcending Obscurity)
Veteran black/death/thrash act The Furor have been pushing out releases for over a decade at this point, and Cavalries of the Occult serves to only increase their potential range. Many bands in this genre tend to stick to frantically accelerating as much as possible, but The Furor have reined it in considerably, offering some dynamics as you move track to track, instead of it becoming a total speed blur. That being said, near an hour of material here feels somewhat bloated and a track or two could have gone by the wayside. But small nitpick aside, there’s plenty of reason to get behind the album, with seemingly just the right blend of the black, thrash, and death influences bearing full fruit. – Kyle McGinn (The Furor on Facebook) 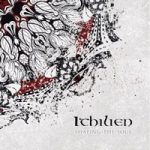 Ithilien – Shaping the Soul (Wormholedeath)
Adding into the usual fun of subgenre titles, Ithilien describes themselves as folkcore. Folk being the most easily measured component of the act, with a definite Eluveitie influence making a large chunk of the band’s sound. The rest comes from, you guessed it, some metalcore injections (most obviously in the vocal approach), with a sprinkling of death metal added in for good measure. There’s a good amount of energy put into the tracks, with the core-influenced riffing tending to mesh pretty well with the folk elements – elevating a more melodic tone into what could have been simple aggressiveness. And while it would improve matters if they moved further away from the direct Eluveitie line at times, Shaping the Soul should please folk fans looking for something a little more assertive at times. – Kyle McGinn (Ithilien on Facebook) 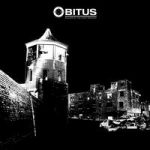 Obitus – Slaves to the Vast Machine (Hypnotic Dirge)
Extended play “one song albums” can provide greatness or utter failure depending on the hands involved. Putting all of one’s eggs in a single basket so to speak. Obitus is more likely to fall into greatness than mediocrity thankfully, with a post-black sound that doesn’t carry with it the usual sterility. Slaves of the Vast Machine is hard-hitting and suitably icy black metal that has just enough variety to keep the listener intrigued over the course of the 45-minutes. Lots of frantic speed does relent for some more melodic work, but it never forgets the overall theme/tone. And while there aren’t really any “standout” moments in the album, its consistency and ability to retain and interest the listener more than gives it a thumbs up. Post-black metal with some teeth. – Kyle McGinn (Obitus on Facebook) 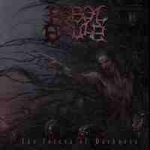 Rebel Souls – Forces of Darkness (Art Gates Records)
Death metal featuring the current drummer of Vader. Seems an appropriate enough description for the band – and that’s about what you’ll get on Forces of Darkness. Melodic soloing does tend to stand out against the sometimes frenetic riffing that becomes the lay of the land for the most part, as do some heavier riffs when the band takes it down a notch in the speed department. While it doesn’t deviate much from the what many others have put out, the energy is there, which is often the most important for bands of this style. Good for those times that you need a real kick in the pants, but also some potential if they branch out their sound a bit more as well. – Kyle McGinn (Rebel Souls on Facebook) 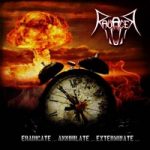 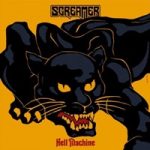 Screamer – Hell Machine (High Roller Records)
With hundreds of shows and European tours opening for Bullet, Striker, and Evil Invaders under their collective belts beyond two full-lengths, Hell Machine represents a slight lineup shift for Swedish band Screamer as vocalist Andreas Wikström and bassist Fredrik Svensson enter the fold. No worries though for those who love their traditional heavy metal stance – twin guitars, rousing musical hooks, and ear-pleasing choruses still reign supreme, shifting off Maiden/Priest-style anthems and occasional higher octane fare cut out of the Enforcer cloth. Primal production and attention to detail elevates “Lady of the Night” to highlight status, an anthem that would have received numerous horns accolades in the early NWOBHM days, while the acoustic touches for “Warrior” add throwback ambiance to the crunchy, Sabbath-esque rhythms. Enjoy the revival of the past to the present. – Matt Coe (Screamer official website) 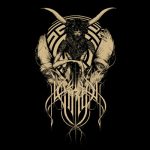 Thron – Thron (Clavis Secretorvm)
Clocking in at an exact 40 minutes (much like Edge of Sanity’s legendary Crimson and Insomnium’s more recent Winter’s Gate), Thron’s self-titled debut is a relatively safe and stylized offering of German black metal. The band’s blast-happy style often forsakes dynamics for speed, somewhat reminiscent of how Dark Funeral have operated throughout their career. A bevy of potent speed-picking highlights “Orphaned by the Undertaker,” while “The Evolution of Satan” is unrelenting. – David E. Gehlke (Thron Bandcamp) 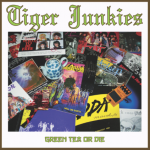 Tiger Junkies – Green Tea or Die EP
The mash-up of Toxic Holocaust’s Joel Grind and Barbatos mainman Yasuyuki Suzuki, Tiger Junkies parlays largely the same head-down, punk-infiltrated thrash both of their main bands offer. Green Tea or Die is a four-song outing with obstinately raw and sophomoric titles like “Raw Sex Till Sperm” and “Sex Sex Sex Pt. 2,” all played with the recklessness and looseness of a pair dudes just hanging out and throwing down a new record. Perhaps more punk than thrash, Tiger Junkies is both quirky and raging. Not a bad combo, actually. – David E. Gehlke 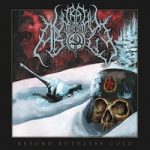 Wrath From Above – Beyond Ruthless Cold (Apathia Records)
Militant death/black metal is what’s offered to the listener on Beyond Ruthless Cold. Brutal growls, screams, and blastbeats seem to dominate each track while rapid-fire tremolo riffs and icy atmosphere provides the rest of the picture. Admittedly, as with other like-minded bands, it becomes a bit one-dimensional as you continue to listen to track after track, and Wrath From Above suffer some serious issues with tracks becoming redundant. It’s fast and brutal…we get it. And if that’s what you are looking for, this album delivers. But if you are looking for the slightest bit more you are better to seek elsewhere. – Kyle McGinn (Wrath From Above on Facebook) 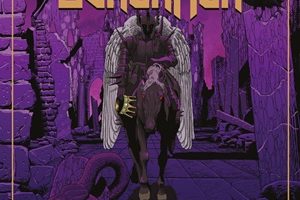 Screamer – All Hail the Kingmaker 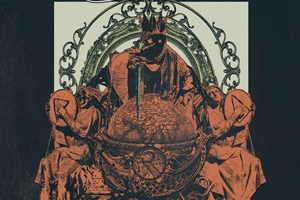 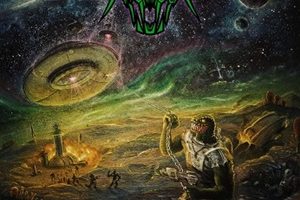 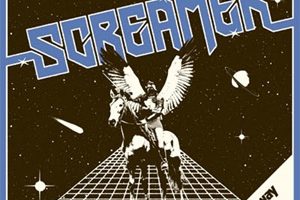 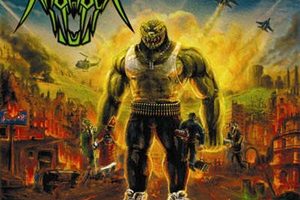