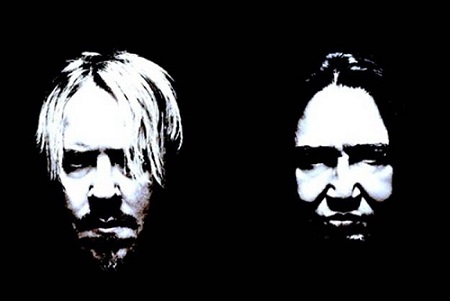 Fear Factory’s 2010 comeback album Mechanize was so good that it made everyone forget about the band’s cringe-worthy cover of Gary Numan’s “Cars,” or the stupid puffy jackets they wore in promo pictures during the Obsolete era, or the Cypress Hill guest spot on 2001’s Digimortal, or Digimortal’s all-around generic nature, or the lopsided feel of 2005’s Transgression, and most of all, the questionable divorce from original drummer Raymond Herrera and longtime bassist/turned-guitarist Christian Olde Wolbers. Metal never forgets, but forgives rather quickly, and thus Fear Factory (i.e. Burton C. Bell and Dino Cazares) are back in everyone’s good graces thanks to Mechanize. For now.

Looking to capitalize upon Mechanize’s success, Bell and Cazares have created The Industrialist (Candlelight Records), which as some have stated is a more traditional-sounding Fear Factory album than its predecessor. By all accounts, that’s a correct assumption, for the machine-like riffs and industrial sheen of days gone by is in full swing, lined up with a mid-paced tempo that recalls the band’s mid-90’s groove era. Bell has created a complex conceptual piece, one that falls in line with Fear Factory’s storied “man versus machine” storyline, and while there are a few missteps (see: programmed drums replacing Gene Hoglan, and the dull atmospheric album closer “Human Augmentation”), The Industrialist should have no problem settling into the band’s catalog.

On the ramp-up to the album’s release, we phoned an initially cranky Bell (apparently he was unaware that an interview was supposed to take place) to chat about The Industrialist and Mechanize’s success. Once Bell warmed up to Blistering, we got down to business…and even some shower talk. Read on…

Blistering.com: For starters, Mechanize was so well-received and for Fear Factory to come back in such a strong manner and have people respond to it, must have made you feel good.

Burton C. Bell: I was very pleased. The response was very positive and I was proud of the work we did. We did make a really good record. A lot of it had to do with the return with Dino, so it was very good.

Blistering.com: Do you think you’ll do an album as heavy as that again? It’s definitely up there with Souls of a New Machine and Demanufacture.

Bell: Have you heard the new record?

Blistering.com: Of course I have. To clarify, I would say Mechanize is more extreme-sounding, while The Industrialist is more heavy-sounding. Does that help?

Bell: Yeah, I get it [laughs]. Every record is different. Every record is heavy in their own way. And after the return of Dino and by all means, he got this kind of record of his chest and he shot it forward. He went through with it, made a great record, and was definitely heavy. That’s what the fans wanted to hear.

Blistering.com: Speaking of working with Dino, are you at the point in your relationship with him where there’s an unspoken bond between the two of you?

Bell: Oh yeah. When wrote Mechanize, we were still in the “getting to know you” period again, but this time, all we had to do was focus on the music, which was rad.

Blistering.com: As for The Industrialist, when did you start pulling the concept together for it?

Bell: Last year, when we started writing for it. Everything started coming together and I had a notebook and we discussed topics, thoughts, and theories, and before we even went into the studio, I told Dino that I wanted to re-introduce the industrial element of Fear Factory back into the sound because I felt it was neglected for a long period of time. It’s one of my favorite elements of Fear Factory. With that in mind, we kept thinking about the direction we wanted to go, and the way we work, things really start jelling when we get a title for the album. We took about month or month and a half bouncing titles around, and one day Dino says, “Hey man, I have a title, how about The Industrialist?” And it was one of those a-ha moments. The whole thing worked conceptually, but sonically, it fit with the direction and concept.

Blistering.com: For you as a lyricist, do you find it easier to work within a concept, as opposed to having nine or ten songs that are unrelated?

Bell: [pauses] It helps, definitely. Lyrical ideas come together easier if it’s part of one thing. I have my notebook and I know what to focus on from my observations from reading, watching movies or TV, and just discussing with Dino. I pick up key elements and figure out which way to go.

Blistering.com: I saw the packaging for the album and it’s unlike anything you’ve done before. What prompted you to work with a guy like Anthony Clarkson?

Bell: Just getting done [laughs]. He did a really good job on Mechanize and we gave him another opportunity. When Fear Factory works with an artist, we really work hand-in-hand with the guy. It doesn’t matter who the artist is – Dino and I will call the guy up. We’ve done this with every artist we’ve worked with – from Anthony Clarkson to Dave McKeon, we send them lyrics; give him soundbites, and talk visions and concepts. We really get them involved as much as possible in a short amount of time so he understands what the artwork requires. After a couple of tries, he really nailed it. Once we saw the rough draft, we said “Yes,” and he was almost there.

Blistering.com: You have a bunch of extras like sculptures and additional pieces. Is that something you’ve wanted to do for a while?

Blistering.com: I read something recently from Dino where stated how important Rhys [Fulber, producer] has been to this album and previous Fear Factory albums. Can you elaborate upon the working relationship with him?

Bell: Totally. Rhys has had an important part ever since he did Fear Is the Mindkiller. Ever since, he’s been a silent member. He’s been the one person who consistently understands and knows what the band should do. He understands our sound and that the industrial aspect should not overshadow the metal aspect, but blend in perfectly. He gets it. Rhys is always our man. For me, there’s no other option.

Blistering.com: You have a new touring drummer in Mike Heller from Malignancy. How’s he been working out?

Bell: He’s cool. Mike, every day and every show, he was great when he first auditioned. But every day, he becomes more and more natural with the songs. The band is super-precise now, just like Fear Factory should always be. It’s like a machine. The industrial nature and mechanical rhythm of the band, and if it’s not tight, it’s not a well-oiled machine. With Mike on drums and Matt Devries, who’s a guitar player playing bass, so it’s super, super-precise. It hasn’t sounded this good in a while [laughs].

Blistering.com: I was going to bring Matt up next. Chimaira has pretty much the same riff-style as Fear Factory anyway.

Bell: Fear Factory has been an influence on a lot of bands, and Chimaira pretty much took the same influences that we took…we come from the same school. Matt, he’s amazing.

Blistering.com: You’re out on the road now with Shadows Fall, so how’s the setlist been shaping up?

Bell: No problems at all. We created a setlist during rehearsal and we might cut a song out or whatever, but it’s the same 15 songs. The songs go over really well live and everything sounds great. The only new song we’re playing is the song that people have heard, which is “Recharger,” so we want to play stuff people know. But once the record comes out, we’ll add a couple of other new songs.

Blistering.com: If we can go back in time for a minute, it’s been 20 years since the release of Soul of a New Machine. Have you thought about what you were doing at the time and the atmosphere surrounding the band?

Bell: Yeah, I realized it’s been 20 years, but yeah, it’s been a good ride [laughs]. I look back, and it’s like “Wow, we’ve come a long way.” I look proudly, no regrets. Everything has been done for a reason. And here we are, and our goal now is to take the band back to the level that it should be.

Blistering.com: So, is there any truth to the story that the band discovered you could sing clean by hearing you sing in the shower?

Bell: Oh yeah. That’s the story Dino tells [laughs]. We did live together in a big house in Hollywood and there were three or four bathrooms. I lived downstairs and he lived upstairs and he was going through the kitchen or something, and people could hear me sing – I like to sing in the shower. There’s probably a lot of truth to that story.

Blistering.com: You were one of the first out of the gate with the clean/growled vocal style.

Bell: I was the first. I think back and think now that I should have patented it. I’d be very rich now. Call it the “Bell Technique.” You start something and it catches on. It shows that we were innovators and ahead of our time, and the fact that a lot of other bands and have caught on and utilized it, makes me proud. We added something to the genre.