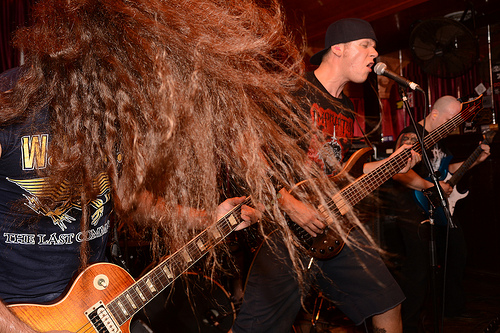 The following day a few of the Vektor bros took us downtown to get some cheese steaks and we laughed away the afternoon in anticipation of our very first day off in New York.

Last time we were in NYC we had a full afternoon there, but I knew that New York is a city that comes alive when the sun goes down, and boy was I right. This time around we had a night off, so we decided to head to Manhattan to see a comedy show at the Comedy Cellar which is like Mecca for comedy nerds like me and my brother. This is the place that is famous for having huge stars come in to do sets regularly like Louis CK, Jim Norton, Chris Rock, Dave Chappelle and many other comedy greats. It isn’t uncommon at the cellar to get to see huge touring acts working out new material.

When we got to the front of the line, the bouncer almost didn’t let us in because he said I looked too drunk. He wasn’t far off. I reasoned with the blurry gentleman of color with a walkie-talkie by saying, “Listen man, I’m here to laugh not to cause problems.” Unfortunately, as I reached into my pocket to show him my ID I accidentally dropped my keys all over the goddamn sidewalk like a mongoloid buffoon.

I really have the class and social sophistication of a public masturbator. Pardon my French, but I was nothing short of a good-for-nothing scallywag on this particular evening. The show was tremendous and the comedians had us all laughing our asses off the entire time. Us 5 dirt bags going to a comedy club, we may as well have had a bull’s-eye on us. The host Ardie Fuqua saw us and knew we were in a band just by our appearance. He asked us from the stage, “What’s your band called?” we reply “Fatality.” Then he goes “Well you know what else is dead? Your careers.”