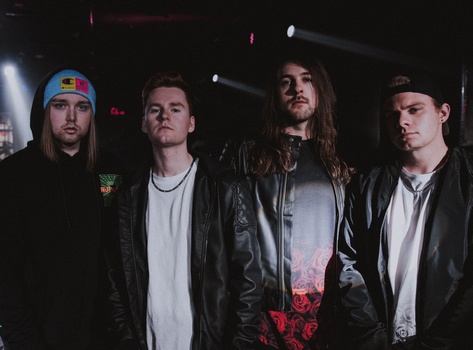 Merging hard rock and metal isn’t as easy a path to follow as some may think. The mixture of both sounds, pulling into two different directions can be tough to tame, and when bands end up going in one direction more than the other, they risk alienating an audience or sounding less interesting. Falset’s recently released debut, We Follow or Lead the Way, comes out of the gate with a strong understanding of both sides and implements both with care. Big heavy riffs and big hooks are a prominent part of the landscape, and it’s an addictive sound. So we spoke with vocalist/guitarist Zach Copeland to get his point of view on the band and their debut, as well as looking to their future.

Dead Rhetoric: Do you feel that the album can be enjoyed by a wide range of listeners – even those outside the metal spectrum?

Zach Copeland: Absolutely. There’s a lot of ground covered with the album. We have focused on a lot of heavy stuff, but at the same time, we have a lot of melodic and pop influenced songs or parts of songs. It’s diverse in a lot of ways. A lot of people could get into the music that we are releasing, for sure.

Dead Rhetoric: What are you most proud of with We Follow or Lead the Way?

Copeland: This is the first time that I have taken the mic to our songs. I sang on our EP that came out about 2-3 years ago, but this is the first time that I’ve really been the lead vocalist. So I’m proud of myself for making the jump as needed. We came about with the whole switch last year. We had recorded the whole album with our last singer and then decided that I was going to be the vocalist, so I recorded the songs again. It was a lot of fun for sure. There was a lot of experimental stuff and it was my first time recording full-length songs. It was different but lots of fun.

Dead Rhetoric: What did Nolly Getgood bring to the mix for the album?

Copeland: He totally killed it on this album. It’s got a massive sound, it’s heavy hitting, it’s a really good mix both instrumentally and vocally. The drums and guitars are massive, and the mix is clean. Its really good on all speakers – we are all really happy with it.

Dead Rhetoric: You recently covered Ariana Grande’s “Break up with Your Girlfriend, I’m Bored.” What made you choose that particular track?

Copeland: I actually heard that song and I thought it would sound awesome as a band. there’s great melodies and progression. As a songwriter myself, I thought it was a great song. The writing behind it is awesome. I thought I could kill that vocal track and we could put together a great cover. It’s been received very well so far and I think a lot of people are happy with that track.

Dead Rhetoric: What’s your approach to lyrics? Anything in particular that you were trying to convey?

Copeland: It’s subjective – you can look at the lyrics from any point of view. They are very vague at times but they certainly mean something to me when I listen to them. At certain points in my life, I have written lyrics that are personal to me at the time. There will be times where I’m happy and energetic and those lyrics reflect that mood. Or there’s times where I’m down and write more solemn lyrics. But I think that when you listen to the lyrics of our songs they could be taken and received by anybody, it’s however you want to look at them. I like that about our songs – it’s not like you can really disagree with the lyrics, you can just paste them into your own life.

Dead Rhetoric: What extra challenges do you face in bringing out your first full-length while the world is still in a pandemic?

Copeland: One thing, for sure, that I think everyone understands is that the internet is a yard sale right now. It’s oversaturated. Everyone is on their phones and laptops, and everyone is on the internet now promoting their product since people aren’t working. I have seen a lot more traffic online, so it’s more of a battle this year more than any other year. There’s no shows, no tours, and you can’t really cross a border and work as a musician. That’s a big one.

Dead Rhetoric: What goals do you have now that the first full-length is out there?

Copeland: Post-album for us, we are still working and grinding. We have a lot of new stuff coming up in 2021. We are going for something new, a new sound, and we are really stoked to move on that stuff once this album is released. You are going to be seeing a lot more stuff from us next year. I’m super stoked for it.

Dead Rhetoric: Are you talking about a shift in the band’s sound from what you are releasing right now?

Copeland: We have our sound dialed in and we are really happy with what we are releasing right now, but I think, as musicians there is always room to grow. You should never sit down and stop, and just release the same song over and over again. I think it’s important to grow as a musician, not just to show yourself but everybody else what you can do with your musicality.

Dead Rhetoric: Who would you say are your biggest vocal influences?

Copeland: My first musical influence was early grunge. I was really into Pearl Jam, Nirvana, Soundgarden and bands like that. I was always into Eddie Vedder the most, so he’s probably my biggest influence. I have always kind of stuck myself to him and grounded myself as a vocalist. I’ve looked back from time to time with him, and he’s really been a big part of my vocal career so far, even if it has been short [laughs]. I’ve always looked up to him.

Copeland: For sure! I listen to so much music when I am listening. I probably don’t listen to music as much as some people think though. As a writer, I’m always trying to make time for writing and I don’t want to clash listening to music while writing to music. I try to keep it somewhat separate. So a lot times in my life, I’ll be writing and not listening to music at all. When I do listen to music, it’s a bit of everything: classic rock, heavy metal, post-hardcore, alternative rock – you can catch me cooking dinner to some smooth jazz from time to time. Music is music [laughs].

Dead Rhetoric: As a younger band, how do you view the shifts in metal and the way moving forward for the genre?

Copeland: I see a movement where 90% of bands are starting to realize that people are appreciating the ‘good song.’ I think that’s something that people have come to realize – a good song is a good song, and that a vibe is a vibe. If you like it, you like it. Writing, especially for people in our genre, people come from a heavy background and screaming the entire song, but I think we can all agree that a good song is a good song. Bands are releasing more accessible music, and that’s something we are definitely striving towards too.

Dead Rhetoric: I agree with that. There’s always going to be the niche spots where people just want something super heavy and technical. But you really can’t argue with a nice big hook, which I can hear in your music as well.

Copeland: For sure – we are proud to be diverse, at the same time we will continue to maintain our heavy sound. Everyone likes a great breakdown, but I think it’s really important to mature as musicians. Be aware, and if you can write a good hook, write one. Don’t limit yourself.

Dead Rhetoric: What’s in the pipeline for Falset moving into next year? Anything definitive?

Copeland: We have some new music behind the scenes. There’s always stuff cooking. As a band, we are really aware of where we are headed. We are going to start releasing some singles again next year and do a whole big push. As far as this album goes, we are going to see how it goes and head from there. 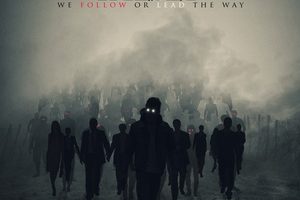