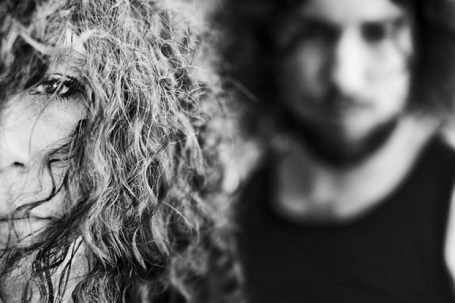 When word broke that The Devil’s Blood were disbanding, subsequent waves of bafflement and wonder emerged from the underground. How could a band seemingly on the upswing, the virtual crux of greater things already be packing it in? Only the exhaustingly secretive brother/sister tandem of Selim and Farida Lemouchi know. What we do know is that this year’s III: Tabula Rasa or The Seven Pillars is clearly not the way to go out, which in turn, put us in a state of reflection.

Therefore, the trio of Dead Rhetoric scribe Matthew Bowling, Job For A Cowboy drummer Jon Rice, and yours truly are putting a cap on the band’s career by breaking down each of the band’s major releases, including the 2008 Come, Reap EP, 2009’s The Time of No Time Evermore, 2011’s The Thousandfold Epicenter, and Tabula Rasa. Being that each of us have spent considerable amounts of time with the band’s catalog, it is without further ado we cast a final verbal spell on a career of major significance, but unfortunate brevity. – David E. Gehlke

Come, Reap EP (2008, Profound Lore)
Bowling: The first real release of the band and, in tandem with their first album, the most straightforward. The classic rock foundation is at its strongest here, my personal favorite (owing to my later introduction to the band, no doubt) being the elaborate and solo-heavy closer “Voodoo Dust.” I wasn’t tuned in to the band when this hit in 2008 and for me that’s almost as much a tragedy as the band’s early dissolving. While there’s a lot to love in the svelte 27 minute run-time, I doubt anyone could’ve foreseen the monster the band would later become.

Rice: Upon first listen, you realize the fire and the intensity crawling through that initial driving riff in Come, Reap. You realize that this band had vision from the get-go and you hear, even more so than with their debut (if you listened to it first, mind you) that Selim’s playing and musicality shines through on every level. He’s an incredibly gifted player, soloist and songwriter but there is a visceral side of his playing that screams with his riffs, even though with it comes a layer of subtlety that most musicians find it hard to balance with the ever more popular “shred.” And because of that, the songs stand alone, with choruses for days. Couple that with a perfect Roky Erickson cover (“White Pages”) and their expansive jam on “Voodoo Dust” and you have the makings of a thunderous, driving debut EP that many die-hards will call their favorite TDB output.

Gehlke: Hitting several years before the retro rock/metal boon, the vintage, mystical sounds heard on Come, Reap’s opening title track were quick to raise eyebrows. In fact, so out of place was the guitar jangle and Farida’s voice, that yours truly did a double-take (or read) to check on if Come, Reap was a product of modern times, or just some reissue. Aside from that, the EP’s four songs were fertile breeding grounds for what lie ahead for The Devil’s Blood, specifically “The Heavens Cry Out For the Devil’s Blood,” where the occult and psychedelic rock meet their respective makers. Farida’s vocals were just starting to develop a haunting narrative; her rawness and innate ability to capture emotion without having to resort to histrionics were a harbinger of things to come…

The Time of No Time Evermore (2009, VAN)
Rice: Thanks to a lot of hype on the interwebs and, as previously mentioned, an incredibly alluring name, I knew I had to give this band a shot. I didn’t know what to expect, didn’t know anything about their sound and, honestly, had only read one review about their debut full length. While this review was shockingly short (1 paragraph on a blog I can’t remember the name of, sadly) it had my attention right off the bat. From there, acquiring TTONTE was a given, and I was honestly completely unbiased upon first listen. Holy hell, how that changed as soon as the intro kicked straight into “Evermore.”

With Farida’s howls mixed with the subtle backing vocals kicked in the chorus, I was hooked. Instantly. How many bands can you honestly say that happens with nowadays? I’d venture to say maybe one or two a year, tops, and even then you need multiple listens to let the material seep in. Not with The Devil’s Blood. The record is infectious, not only burrowing its way into your mind via incredibly catchy choruses (“Christ or Cocaine,” “Evermore”) but also making you realize that this is not a single spearheaded force, where Farida is the leader. Instant, Infectious, Incredible songs. In essence, the perfect way to display your band on a full length debut.

Bowling: Continuing in the tradition of the EP, I came very late to this release (…ahem, very late). Given the growth that bands often go through from release to release and having been introduced to the band with The Thousandfold Epicentre, I was admittedly paranoid to work back through the previous releases and potentially find disappointment. The reality, however, couldn’t have been any further from the truth. While more focused on pulse and the ‘rock’ aspect of the band’s sound, the songwriting chops of the band are firing on all cylinders throughout. Again my chosen song is the closer “The Anti Kosmik Magick” for much the same reason I hold so much love for “Voodoo Dust.” Spacious layout and layers upon layers of psychedelic meandering, it’s an amazing journey.

Gehlke: Stricken with the unfortunate industry tactic of having its European release a good six months before its North American, The Time of No Time Evermore nevertheless made subsequent waves across the metal stratosphere. Of the band’s three proper full-lengths, this is the most subdued and atmospheric, especially the magical “House of 10,000 Voices.” On the flipside, the devil-rockified “Christ or Cocaine” might be one of the grooviest (in a 70’s sense) songs to hit in a long, long time. Simple riffs, but near-perfect note choices across the board highlight what a gifted songwriter Selim is.