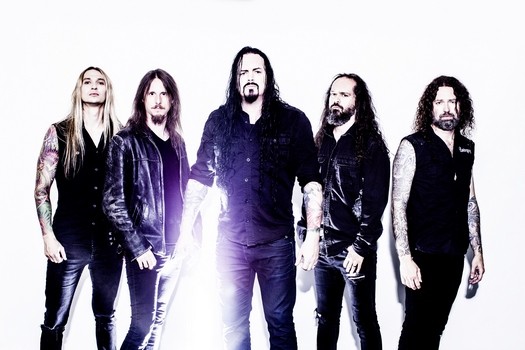 Dead Rhetoric: What have you changed your mind about in the last few years, and why?

Zander: Maybe all the changes within the members of the band. I think we feel that we don’t take anything for granted anymore. There was a really close point where Evergrey was almost going to quit. This was before Glorious Collison, when (drummer) Jonas (Ekdahl) and (guitarist) Henrik (Dahhage) left, and (bassist) Jari (Kainulainen) left as well- so it was only Tom and I left in the band. So were we going to start a new band or what- we had to get three new members and we have (an album) to write. For me it was no question about it, I really wanted to go for it- but there was a thin line there. And then also…then we lost the band again, and we got Henrik and Jonas back. You never really know, maybe this is our best US tour. We have accepted the thought that at some time this is going to end.

Dead Rhetoric: How would you describe Tom as a person – is there anything surprising about him?

Zander: He’s very in the moment- sometimes good and bad. You can hear the truth. At the same time, it’s very refreshing to be around someone that’s spontaneous with his thoughts. In songwriting, he’s absolutely brilliant when it comes to the lyrics and melodies. I think that’s one thing that I’m still in the band (for) – I have deep respect for him as an artist. After all these years he’s become a really good friend as well.

Neimann: He can be very intense, but also one of the funniest guys I know. Comedian/musician.

Dead Rhetoric: What is the best or most worthwhile investment you’ve made? It can be an investment of money, time, energy, or other resource? How did you decide to make that investment?

Neimann: Putting in the hours of practicing at your instrument, so that you are on a level musically so that your lowest proficiency level is still pretty high. The cool thing about Sweden is you have government programs where you can learn musical instruments at a decent price, you pay them back. Material stuff, I have a very good bass. And with time- (touring) is a good investment.

Zander: It’s hard when you are in the music. I tend to never really be satisfied. When I’m looking back at my music career, I’m going to see things in a different way. When you are in it, you think I haven’t practiced enough, I haven’t written as many songs as I should. It’s great to still have the drive to do something. 10 years ago, I got a degree in Sweden through education to be able to have a job- I think that was a good investment because I feel secure with the education that when I go home, I can work. I recently bought a mini-Moog, which was a hell of a lot of money, so I’m not sure yet if that’s a good investment or not. Or just plain stupid! (laughs). Time will tell. Like an age crisis- some people buy a Harley, I bought a mini-Moog. (laughs).

Dead Rhetoric: When it comes to you as a keyboardist in Evergrey, where do you see the balancing act between your work and the guitars?

Zander: Evergrey’s music has been always about the keyboards. Tom used to write a lot of stuff on the keyboards, so that made the base of the song keyboard-oriented, and then the guitar came on after that. So, I think the sound for Evergrey is very much about the keyboards. That was a fun thing to know being in this band- it used to be like keyboardists had to be in the background, or behind the curtain of the stage. Like Dio, Ozzy, Black Sabbath.

Dead Rhetoric: Where do you see the difference in AFM Records compared to your previous labels?

Zander: We usually don’t have the contacts with the labels to compare. It’s working out.

Dead Rhetoric: Can you think about your fondest memories in Evergrey- as well as maybe some of the best musicians and encounters you’ve had?

Zander: When I started with Evergrey it was 2002, and to be able to meet all those legends that you grew up with in the 1980’s. I remember playing Graspop for the first time and getting to meet Rob Halford, Bruce Dickinson. I had breakfast with Peter Baltes from Accept, I met Udo a few times, he remembers me as well (laughs). There are so many of my old heroes, Bob Catley from Magnum, I have met The Rods, one of my favorite bands. Y&T, Nigel (Glocker) from Saxon. That’s really amazing I think. And then to be able to learn about new metal bands. When I started with Evergrey, I hadn’t played metal or listened to it for a while.

Neimann: When we play festivals and stuff, I’ve never been the guy to walk up to all my heroes. I have a vision and I want to keep them there (in the distance). I’ve seen Rob Halford, he walked past me – I did say hello to Jeff Waters from Annihilator, he’s a super nice guy. The big thing for me is Jeff Scott Soto- I remember meeting him because I remember running home and listening to Marching Out from Yngwie Malmsteen. And then when the Talisman bass player killed himself, they had a reunion show. Yours truly played bass. A dream come true – playing Marcel Jacob stuff with him on stage. Before that concert in Stockholm there was a cover band we were doing – and (Jeff) comes up and guests playing “I’ll See the Light Tonight” with him. That was the first time I met him was playing that song on stage. I can quit now, I’m happy. Kill me while I’m happy.

Dead Rhetoric: Who were some of the people you admired when growing up on your instruments?

Zander: I was into the 1980’s metal bands, and most of them didn’t have keyboardists. I really liked Mark Kelly in Marillion and Mark Stanway in Magnum, because these bands did have keyboards. I was into more guitar-oriented music like Michael Schenker. I listen to Deep Purple as well, but I was a little too young for them as they were more from the 1970’s scene. Jens Johansson from Yngwie of course, especially for the soloing. There aren’t that many (keyboardists). All you have to do is grow out some long hair and you had a job.

Neimann: You didn’t even have to be that good! (laughs) When I started out, I was more into the music than the actual playing. I liked Kiss, and I thought Gene Simmons looked cool. I don’t know if he was that good. Iron Maiden- I liked the songs, and you could hear the bass, so that was nice. And I like Metallica, but you couldn’t really hear the bass on those records because the guitars were so loud. Even with (Cliff) Burton in the band. I actually got into the bassist Anthony Jackson, who played with Al Di Meola – jazz fusion records where you can hear the bass, he was a monster. Eddie Jackson from Queensrÿche is a big guy for me as well. He plays the right stuff, very tasteful with no flash – tiny things here and there. You have the two Marks, I have the two Jacksons- Anthony and Eddie.

Dead Rhetoric: What’s on tap for Evergrey over the next six to twelve months?

Zander: In these times, you have to be thinking (about) right now to book festivals for 2018. We only have a handful of festivals this summer- three or four. It’s going to be nice to take some time off this summer. We have a European headlining tour in the fall. I think we will do South America in January. We are also going to do a new album. Start writing, start getting ideas together. That’s pretty much the plan right now, as far as I know. 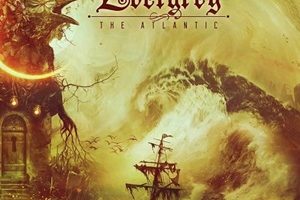