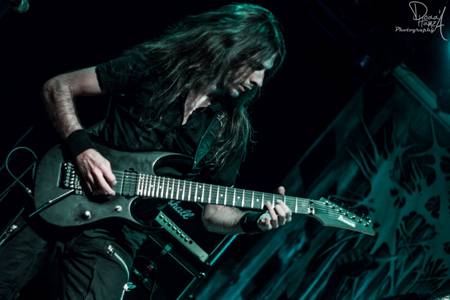 Dead Rhetoric: As a guitar teacher, where do you see your role in shaping your students and have there been aspects of learning that you think have changed now that people can pick up tips and tricks through internet tutorial material versus ear and sight training beyond teachers and old fashioned hard rock in the pre-Internet era?

Münzner: That’s an interesting question. It has changed a lot because the average level of technicality is a lot higher than when it used to be- when I was growing up in the 1990’s. Of course the technical wave wasn’t very popular during the grunge wave, there weren’t many people around that I knew that could play Yngwie Malmsteen-type stuff. Nowadays so many people have such a high level of technicality because you can instantly learn things on YouTube – there are so many tutorials, every technique you can just see instantly how it’s done. I get students where I say technically I don’t think I can show you anything that you don’t already know yet. The good thing is the level of playing is a given- the thing is when we learned in the 1990’s before YouTube we had to pick up things by ear, so I think players had more of an individual approach because you didn’t copy what somebody showed you- you had to figure things out in your own way. It took us a lot longer of course to get to that same level of ability.

Back in the day you saw technicality more as an overall part of the music- you heard something and you wanted to be able to do it. I feel like today not as many students are really listening to the music- they watch guitar videos where the people show their favorite exercises or licks- but not within a musical context. Very often you see these players have a very high level of technicality, but aren’t at a point where they are musicians. This is where I can see a guitar teacher being very helpful, those other things like songwriting, phrasing, harmony, theory- and actually applying that to music and developing your own style, those things are not so easily taught online through tutorials.

70% of the time when I teach it’s not actually technique that I focus on, I encourage them to use some of the more old-fashioned techniques to learn something. Like when they hear something that they like they don’t instantly try to look it up on YouTube – first try to figure it out by ear on your own. Even if you figure it out on your own and you make a mistake, the learning effect is so much more beneficial than if you just copy it from tablature. I try to get students to the point where they see the instrument as more of a part of the whole picture. Lessons can be really beneficial – the thought process behind songwriting and solo composition on things like developing your own voice and individual style in writing and playing. Those are the only things nowadays that can set players apart.

Dead Rhetoric: What are some of your favorite concert memories – first from a fan perspective, and then as a performer yourself?

Münzner: One of my favorite concert memories is seeing Dream Theater on the Awake tour when I was 13. That was like a life changing experience, that was such a special time in that band’s career. To me they were at their peak. The first show I ever went to with my dad was in 1993 for Iron Maiden on the Fear of the Dark tour, the last tour of the first run for Bruce Dickinson when he had already declared he was going to leave the band. That was a really cool show, the first time I saw Tony MacAlpine as well in Frankfurt in 1997. I had only heard his name by then, but never his music. He was playing for Peavey guitars back then and he was in a really small room, it just totally blew me away. His music had a big influence on my writing, we actually stayed one night longer to see him play again as we saw him on Saturday and stayed and slept in the car to see him on Sunday. It was a really small thing but the highlight of all concerts. Usually nowadays the stuff that excites me is the big bands- Iron Maiden, Judas Priest, which is different from the average day on tour.

My favorite memories as a performer are playing with Obscura in Japan. People are so into the music and the guitar stuff over there, they sing along to the solos and treat you so well. If I could tour for the rest of my life just in Japan I would be happy. We toured there in 2010 and played three shows there as well in 2012, those tours are my favorite touring memories. Another show I really enjoyed was a German band called Majesty, we were touring for Hellforces and we played the Magic Circle Festival with Manowar in 2007 in front of 22,000. That was the biggest show I had played up to that date, that was a great experience. Last year in Alkaloid we played a show in Cairo, Egypt. That was really special, it was the fourth show we did together as a band and we were a relatively unknown band. Not too many people go to places like that, they were hungry for bands from Europe and the USA to come perform there. They were so into it, the excitement for every individual person to attend the show. It was different because when you play a show in Munich, Germany for example, it’s oversaturated because people can go see a metal show every night- sometimes two or three different shows in a night. When we played in Cairo I had that feeling that it was really special.

Dead Rhetoric: What do you like to do in your downtime away from music as far as hobbies or interests to recharge your collective creative/ working musical output? And what would surprise people to learn about you as a person?

Münzner: I like sports, not competitive team sports stuff but I like cycling, mountain biking in the spring and the summer time. I work out a couple of times a week just to get my mind free. I read a lot, I’m really interested in philosophy and Ayn Rand’s objectivism, I got into that a couple of years ago. I study that, read a lot about those things, discuss and exchange ideas. This is probably what usually surprises people about me. I do like reading fiction too- all the Lovecraft and Robert Howard things. Sometimes I just want to flee into a fantasy world so far from reality just to recharge my batteries. A lot of my time is occupied though with music- I’m always writing, recording, or teaching my students. I listen to a lot of music when I have free time too.

Münzner: There’s a lot of things to be concerned about nowadays. We are living in very unstable times. What concerns me the most or worries me… we live in a relative peaceful, geographic area of the world when you grow up in Europe or western Germany. You wonder if you got the gold card in life when I see what some of my friends in other countries have to go through. Apart from the fact that the whole world seems to be fighting with each other, there seems to be a mindset where free speech seems to be really in danger. There are certain things that people are not allowed to say, you have to be politically correct and you get in trouble when you say certain things. This could quickly develop into a 1984 style utopia. When you are not free to say anymore what you really think and just discuss any kind of issue from different perspectives this is basically where individual freedom and democracy are basically at risk. There is a mindset in universities nowadays in Europe and America where they create safe spaces and put a ban on free speech- and this could be very harmful in the long run through politics and everything.

Dead Rhetoric: What else can we expect from your other active bands over the next 12 to 18 months? Are there plans as well for another solo record, or would you rather throw yourself into composing ideas for the second Eternity’s End record?

Münzner: I think it most probably will be both. I want to do another solo record as well, another instrumental record. The thing we are planning right now, Danny (Tunker, Alkaloid guitarist), Michael and me, we want to do a fusion kind of thing- everyone writing 4 songs and doing an instrumental thing where everyone plays different instruments on there. We want no metal influence on there- just cool grooves and cool chord progressions and cool themes with long extended solos. I am already collecting ideas for the second Eternity’s End record- I really want to do that because the first one was very well received and I feel like I still have a lot to say in that style. We will try to get on stage too in the summer. I have three songs I’m really happy with. I also would definitely like to do a complete solo record on my own, it allows me the most creative freedom to express myself because there is no restriction to any sub-genres. With Alkaloid not all the responsibility falls on me, I’m one of just five writers so I only have to write a song or two. My main energy that I really want to focus on is with Eternity’s End. 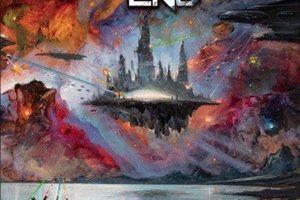 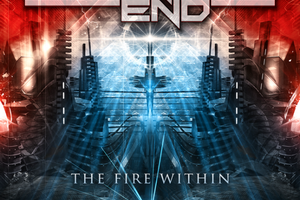 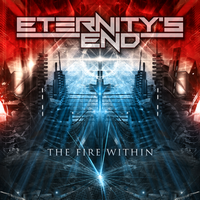