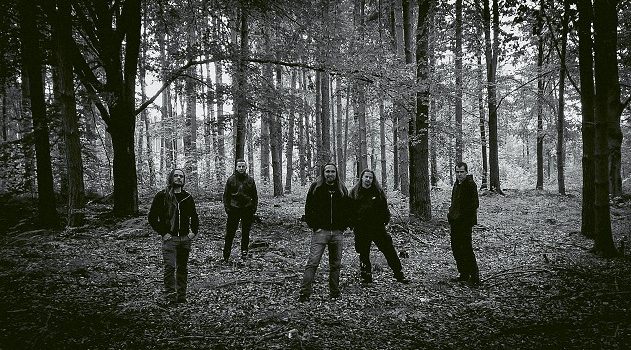 In a career that has spanned 23 years, various trends, movements, and ideological shifts, Eternal Deformity has maintained one apparent constant: their love of metal, which as basic as it sounds, is the one fundamental element that has helped stabilize a hereby unknown unit from Poland. Heck, the band was unsigned up until the release of their 2012 platter The Beauty of Chaos, was picked up by Italy’s Code666. Since then, their brand of off-beat, eccentric, but highly engaging extreme metal (think a much more direct Arcturus duking it out with a non-wintry Borknagar with less extraneous elements) has gradually inched them up the ladder, something their new album No Way Out should continue. Originally released independently by the band, it was subsequently picked up by Temple of Torturous for proper release in 2016, demonstrating the Poles are operating outside of the brutal death and black metal boundaries so often associated with its home country. With such particulars in mind, we snagged guitarist Arkadiusz Szymus for a round of questions…

Dead Rhetoric: As it’s known, it’s not easy being a Polish metal band. How has Eternal Deformity been able to survive for so long?

Arkadiusz Szymus: I do not know what exactly you mean by saying that it is not easy to be a Polish metal band. I think that all kinds of problems resulting from playing metal music appear regardless country band originates from. Choosing to play an extreme variety of music, which without a doubt metal is – you need to consider that your listeners are the elite, which unfortunately comes in small numbers. Because your music won’t be playing at any time of the day on the radio or television, don’t expect numbers to grow. Of course, today there are Internet radio stations, online magazines… unfortunately, their outreach is still much smaller than the official radio stations. I really miss those times when metal music was being aired on VIVA TV or Headbangers Ball on MTV – which, despite the late hours had a huge impact on fans and also gave bands great promotion. Anyway, metal is an elite art and has its loyal and dedicated fans that are much appreciated. As for our Polish origin, our nation has the qualities such as bravery and perseverance, so going against the odds only gives us additional incentive to overcome any barriers. It also should be remembered that metal is a music of the rebellion, thus it is a constant struggle, perhaps just from those facts comes our longevity. Sometimes we laugh that we have put “Eternal” in our name for a reason.

Dead Rhetoric: What do you remember most about starting the band in the ’90s? Was it difficult to get the band off the ground?

Szymus: It wasn’t an easy beginning in our case. Eternal Deformity was created when we were 16, 17 years old, so we were teenagers, in love with metal music. We were copying our idols and with time also we wanted to start our own band, we also wanted to have a tiny contribution in creating this scene. As usual at the beginning there was a series of problems, such as the struggle of having no money at all, because at that time we were still kids with no permanent jobs. All funds for the purchase of equipment could be obtained only by taking odd, seasonal jobs. It turned out that the problem would be also to find a suitable rehearsal room. At that time (notoriously every few months) we were being expelled from different rehearsal rooms, garages, basements or various types of cultural institutions buildings. People in charge of those places were simply fed up with our noise. Yes… noise was actually the biggest problem. Often, people living near sites where we held rehearsals were calling the police, who then were greeting us with big smiles and fines already written down.

It was also hard to buy good equipment in those early ’90s in Poland. If there was a good stuff it was very expensive and completely out of our financial capabilities. But we were very determined and willing to continue our musical journey. Today, I often hear about parents supporting their children in achieving their goals. Our parents did not like what we were trying to create and they were kind of negative towards it. They also believed that this was just a childish fooling around and that sooner or later we will let go this nonsense and move on to more important things. Twenty-three years later, I finally see the point they were making ha-ha.

Dead Rhetoric: A lot of people tend to romanticize that era. Do you have similar feelings?

Szymus: The 90’s were golden years for metal music, years of my youth, so sentiment is also not irrelevant. I believe that these were the years when metal music experienced a kind of flourishing of creativity in its various genres. Artists tried to be original and even showed a remarkable luck and creative flexibility and courage in building their compositions. Genres such as death metal, black metal and doom metal experienced then its reconnaissance. It was insanely cool, as the fans and the audience we were still surprised by really good albums, today a lot of them have an iconic status. Access to music was not as easy as it is today obviously, sometimes it was a real ordeal to get tapes with new releases. CDs were then a rarity. Indeed there were just a few lucky CD player owners. We were finding out about new releases from the radio broadcasts that were issued very late at night, also magazines and zines had an important role, of which a lot were being distributed by friends, older colleagues. As I mentioned previously, metal scene at that time in my subjective feeling was very strong and many bands presented high originality.

Today we are flooded with huge amount of music; bands springing up like mushrooms after the rain. There are in fact so many bands out there that I am no longer able to catch up with and therefore I’m missing out on a lot of valuable music. On the other hand, a whole bunch of bands are simply not trying to build their own atmosphere, they don’t care about their own style. I realize that it is difficult today to create something completely new, but you can’t stop trying. A lot of people said we are recognized, we hope that expressing those opinions they are being honest. I do believe that all these years somehow we managed to develop our own style.

Dead Rhetoric: The Eternal Deformity name doesn’t quite fit the sophisticated music you create. Do you feel like you’ve outgrown it? Would you change it if you could?

Szymus: Our name is quite flexible and therein lies its charm, because everything depends on the interpretation. I do not exclude the possibility that perhaps someday we will be tempted to change it to some different one, everything will depend in which direction will our music go in the future.

Dead Rhetoric: How did you end up working with Temple of Torturous for the global release of No Way Out?

Szymus: Our cooperation with the previous label Code666 from Italy came to an end thus, the next step taken by us was the search for a new one. With the aid of guys from Dewar PR we were able to find a label called Temple of Torturous from Sweden. We were, for some time, discussing the terms and conditions of our cooperation. Eventually we came to a mutual agreement and signed a contract to release No Way Out album. Currently, all promotional and marketing activities are already in the hands of our label, the same as the world premiere of this album which of course we are very happy about and we hope that we will get through a wider audience with our weird music.

Dead Rhetoric: Can you speak to what the cover art represents? Is it a commentary on the world’s current state?

Szymus: I agree this is a reflection of what is currently happening. The world closed in a cage with no way out (NWO) written on it. The cage is held by some mysterious people, probably bankers pulling the strings while having national governments in their pockets which you can’t actually see here – you just have to trust us on this one ha-ha. 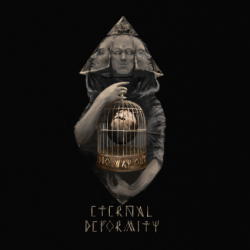 Dead Rhetoric: Not only is “Sweet Isolation” a killer song, but the video for it is fantastic as well. It’s certainly something that can mess with your head. Are you satisfied with the results?

Szymus: I have to say we are pretty satisfied with the final result. The image gels with the lyrics very well. It makes sense to us, at least. It’s not that obvious what is going on after just one view which is a good thing I believe.

Dead Rhetoric: You’re often compared to avant-garde bands like Arcturus and Solefald. Are you okay with those comparisons?

Szymus: It is difficult to me to compare our music to other bands, and I do not want to do this. I prefer to leave it for reviewers and journalists. I can only add that we try to make every effort to go our own way. I am aware, however, that it is hard to avoid comparisons to other bands nowadays because it help potential customers in search of sounds they are interested in.

Dead Rhetoric: Finally, what’s on your agenda for the final months of 2016?

Szymus: Our plan for now is to promote our album and getting our music as many listeners as possible as it is a very important album for us, both musically and lyrically.