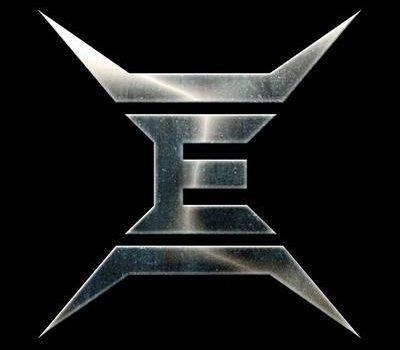 Dead Rhetoric: That is true that many labels want things to be in certain categories for marketing and promotional purposes…

King: We could also say that genres were created by the labels.

Foley: For the right label, yes.

Burke: If we could find a label that would respect that we are (the) artists, and be willing to hear out what we want to do- but also help out because there’s only so much we can do in our nook of the country. It’s easier if you have someone that has a job knowing people, it greases the wheels.

Towne: It is a very tight-knit group around here. Not to say that it is small by any means. Everyone knows everyone, and as far as we’ve heard the band competition is exponentially high.

Towne: Yeah, we are all competing with each other, but you are always thinking if they are stepping up their game, we want to step things up too.

Burke: The cool thing about New England is if you have different slices of the pizza, if there are specific slices you want, you can find a couple of bands that are the best at it from New England – or at least could be. If you are into say blackened power death, well – there are two bands like that over here. And they don’t suck. It’s amazing how people are so good as musicians.

Foley: Because there are so many New England bands, we are all pushing each other to get better and better. People that know we are from New England that live outside the area, there is always this amazing response. If you don’t know the New England scene, you’ll know it soon. It feels like a good place to be coming from.

Burke: And everyone is helping each other fill in for their bands.

Dead Rhetoric: That is a unique aspect, you guys all spend time filling in for other bands if need be, so you are expanding your musical horizons…

Burke: That’s how we are all accidentally influencing each other. There’s going to be a New England sound, there can’t not be because we are all teaching each other that band’s songwriting. I’ve seen Sonic Pulse over 100 times- there’s no way I haven’t been influenced or soaked in something writing-wise or performance-wise by being around them so much. I think it’s cool, it’s this impressive nucleus of impressive talent and spirit. Promoters can be amazing… we are at a Promotorhead show right now and they have the western Massachusetts and Vermont scene down. Which is killer, they do a lot to make sure that the shows don’t take advantage of the fans, and the bands are treated well. The pay to play, take advantage of bands things is fighting to not die though. A lot of the same people that are like that from 2008 are still around.

King: There are only so many venues to play metal at, and everyone is trying to get to those (venues). We try our best to support each show.

Burke: It’s cool too because if you become friends with the promoters, if there are shows that we can’t do, we can let Graviton know about a show and they would fit the bill well. When there are vultures…

King: It pushes bands to get away from the bad promoters and up their game. It’s really hard too for the people involved.

Towne: There was a time where we were in that cycle of playing for those pay to play shows, and I remember something happened where someone told us we had to pay them for the tickets… and we said nope.

Burke: I remember! That was the time when we had the opportunity to open for Ill Niño! (laughs). That was my first time to have a specific encounter of a certain promoter who you will all know if you know of promoters that suck. We had to sell 50 tickets at $20 a piece, and we thought we had made it! This was a long time ago, we ended up selling 35 tickets which we thought was pretty good, because who the hell are we?

Towne: We were down somewhere in Rhode Island, out of the way.

Burke: Then the promoter was like ‘you still owe us $200’. And I told him we didn’t have to do that- just kick us off the bill. And if you do that, the people that paid to see us will just be mad at you for doing that. You are going to deal with what we gave you- we played the show and that’s the last that we ever dealt with this promoter. We gave him $700 as a bunch of 17-year-old kids, and he said we still owed him money.

Dead Rhetoric: What types of practices have you learned through the years that maybe you can impart on others to escape from?

King: That’s the thing. There were multiple shows where we had to give promoters money to play. I don’t know if we hadn’t done that if we wouldn’t have gotten to this point.

Burke: You should never do that, but if we didn’t do that I don’t know if we would have accidentally met the dudes that pulled us out of that. It’s crazy- a lot of it comes down to having perseverance. Don’t be afraid to tell people who is taking advantage of you. You are a human being that deserves respect- don’t be snobby though. Be humble and understand that everyone who wants to make the music scene work has a common goal, so everyone is your ally – but if people are trying to take advantage of you, you don’t have an obligation to do so. Make friends with the people you want to be friends with.

King: It seems like in a lot of situations, the band is the last entity that gets paid.

Burke: When you have a wireless guitar system, don’t spend your whole set in the crowd. (laughs). It’s like puberty, you try anything and it gets awkward, but you learn what to avoid doing as you get older.

Dead Rhetoric: What’s the game plan for the rest of 2018 for Epicenter?

Foley: We’d like to have a professionally shot music video, but it’s slow going due to money and we don’t want to cheap out on it. We want to get some more videos out there.

Burke: We do have some stuff backlogged that we plan to get out there, that was recorded during the recording and mixing process. Some playthroughs, we have other things lined up like playing RPM Fest this summer. We have some things that are in the planning stages, but at this point we can’t announce. We will work on getting the songs to the people at a step beyond where we are now. Conceptual videos may be something that is applicable to something down the line, but I don’t want to say anything that hasn’t been quite hatched yet.