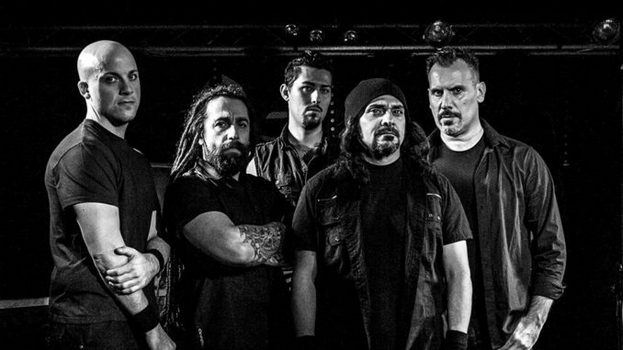 Veterans of the power/progressive metal scene, Eldritch return for their 12th studio album with EOS. Reuniting with keyboardist Oleg Smirnoff, the record has a lot of the creative bite and spirit of those early years – featuring strong musical interplay between all instrumentalists, allowing vocalist Terence Holler a chance to stretch his seasoned delivery in a variety of ways. It’s never easy to intertwine adventurous craftsmanship with catchy parts, yet these gentlemen excel on all fronts.

We reached out to Terence to catch up on the work behind the record, his open diary lyrical content that is a reflection of his life, the passion that the band members still have thirty years on in their career, concerns about the future of the world coming out of this pandemic, plus learning about his second career as a chef in a steakhouse.

Dead Rhetoric: EOS is the 12th studio album for Eldritch – and the return of keyboardist Oleg Smirnoff who hasn’t been with the group since the late 90’s. Where do you see this record in terms of the development of the songwriting, production, and performances? Were there any significant differences, obstacles, challenges, or surprises that came up during the process?

Terence Holler: We never really stopped being in touch with Oleg. He is a good friend, aside from music, so we just felt it was the right moment to join our forces and do what we started 30 years ago!! We all grew up now as men and also as musicians, so it is extremely easy to write songs together with him. As a matter of fact, it’s like he never left the band! We worked all together easily and we scored exactly what we wanted. A modern and typical Eldritch-sound album! The only differences between now and then is that we all have families, so the time sometimes could be short.. This is why the writing and recording process took over 2 years…

Dead Rhetoric: The album title refers to the Greek goddess of the dawn in mythology. Did current events and the pandemic have any effect on the lyrical content this time around – or do you continue to delve into the open diary/personal approach for the subject matter? Has the process gotten easier or more difficult this many albums deep into the discography of Eldritch?

Holler: We named the album Eos, the mythologic goddess of dawn because for our career, it’s a new beginning, a new day, a new dawn! The lyrics are more likely a concept about my life, my mood, my feelings and my hopes. So I continued with the lyrical approach as usual, without involving my thoughts about the pandemic shit.  This is why it’s a quite dark, moody, and atmospheric album. My life goes like I mention in the songs. It’s nothing decided sitting around a table – I write songs naturally, when inspired. I’m not into any political, historical or fantasy stuff. As you mentioned Eos is like an open diary. The process was just longer, but no particular difficulty during the work…

Dead Rhetoric: What are some of your favorite songs for EOS? I find myself returning a lot to “Circles”, the epic “Sunken Dreams”, and ballad “I Can’t Believe It” – as well as the brilliant cover of “Runaway” originally done by Bon Jovi during the 1980’s…

Holler: I know I might sound boring, but I like all the tracks!! Yes, “Circles”, “Sunken Dreams” and the ballad “I Can’t Believe it” are my super favorites too!! But for the first time in many years, I like the whole album, with no “down” tracks….

Dead Rhetoric: Tell us about the artwork from Federico Mondelli – who worked with the band as well in this capacity for 2018’s Cracksleep record. How did the concept develop from initial ideas to final completion – and where do you see the importance of artwork and visual imagery for making the right impression before people press play on the music in today’s marketplace?

Holler: Federico is a great artist!! He’s a great musician and also a great graphic designer. He knows exactly what we were looking for and he knows the band well. The artwork is very important!! It helps the listeners to get into the right atmosphere and mood. It also gives an idea of what kind of music we play, for those who doesn’t know us as well. Nowadays every detail is helpful for the marketing of a band, especially with the help of the social media world.

Dead Rhetoric: How does the band balance out satisfying your own creative needs and approach for the songwriting, while also hopefully pleasing the faithful following the band has built over the years? Do you believe your music has now crossed multiple generations of fans because you’ve been together for so long?

Holler: I think that Eldritch never really jumped on the new generation of listeners. Our fans are more or less the same as 30 years ago!! Just a few new fans are starting to get into our world in these last years. We never write songs hoping to conquer the world, we mainly do it for ourselves, for passion. Of course, if we become big sellers it would be great!! This means that there is still a future for those who make music with no clichés, a multi-genre style of rock-metal.

Dead Rhetoric: Where do you see Eldritch in terms of a band at this point in your career? What are you most satisfied about, and what do you strive for as musicians/artists that keeps you going forward record to record?

Holler: As I just said, we do it for passion, we are deeply in love with what we do. We are proud that all the reviews in thirty years have been really highly rated! This gives us the right strength to move forward. Our sound is now catchier than the beginning, this is a good marketing and selling point. Our biggest satisfaction is the fact the everybody considers us as a unique/original band. Our oxygen!!

Dead Rhetoric: You’ve been enjoying the early works of Genesis and King Crimson for inspiration when you have free time to listen to music. What specific traits and albums capture your headspace from these artists – and how have you incorporated their influence into the power/progressive metal style of Eldritch?

Holler: Well, for me The Court of The Crimson King (by King Crimson) and Selling England by the Pound (by Genesis) still give me a huge inspiration for my music.  I know that maybe it might sound hard to hear these influences in our music, but for my vocal lines these albums are really a big inspiration. Everybody in the band likes the early progressive-rock era and everybody puts their influence in during the writing process, but without planning it!! It’s just a natural thing.

Dead Rhetoric: How has the band learned to adapt and change with the times when it comes to the business practices and shifting industry/promotional models? Do you enjoy the tools of social media, streaming avenues, instant technology that are at everyone’s fingertips?

Holler: Oh shit!!! Every day I remember about the good days of the 90’s with a huge nostalgic stomache-ache!! I don’t really like modern day music business and I deeply hate social media shit! But this seems the only way bands could carry on, so we’re doing it. I mean, 25 years ago having success was selling 100,000 copies of an album, touring, money etc., etc. Now having success means having millions of views on YouTube or other stuff, but in the end it doesn’t seem like a real success, but more like just virtual. I don’t know, maybe I’m getting old, but I really don’t like the social media part of this job.

Dead Rhetoric: What would you like to see change (if anything) to make things better and stronger for the musicians and industry as a whole?

Holler: This is a hard question man!!! I don’t really know.  It’s all totally different than when we started. Maybe the artists should be paid more from the internet streaming and views. This could be a great thing.

Dead Rhetoric: What worries and concerns do you have about the world that we live in today? What areas do you believe the leaders of the world need to get together and focus on to improve the quality of life for current and future generations to benefit from?

Holler: I see only darkness and no good future. I know I might seem a bit catastrophic, but this is what I see. The big heads of the world only concentrate their efforts for their own asses!! I’m an over 50-year-old guy, so I’m lucky I won’t be here to see the destruction of our planet!! The rich will get richer and the poor will stay poor. This is the sad truth.

Dead Rhetoric: What are some hobbies, interests, and passions do you like to pursue outside of music when you have the free time and energy to do so? Did you develop any new interests while dealing with the extended downtime due to the pandemic – or just enjoy more time with your friends and family?

Holler: Well, I have a steakhouse (La Porkeria BBQ) and I’m the chef and it’s always packed!! My life is completely full! Almost no free time at all!! So, I’m busy with the band and with the restaurant, plus I watch my son growing older and just in case I have a few minutes available, I try to hang out with some girls!! The pandemic only stressed me out more than usual and made me lose thousands of dollars! In Italy we had ten months of total lockdown!! Five months in 2020 and five in 2021. It’s been really tough! I’m lucky I’m in a not too bad economic position, otherwise I’d be living under a bridge!

Dead Rhetoric: What would you consider three of the most important albums that shaped your ideals and outlook on the heavy metal genre as a whole? And what is the best concert or festival memory you have – purely as a fan in attendance in the audience – and what made this show so special to you?

Holler: Wow!!! Let me see. Parallels from Fates Warning, Operation: Mindcrime from Queensrÿche, and Alice in Hell from Annihilator. These three albums really came into my blood, giving the input as a musician. The best event as a fan was the Italian Monsters of Rock festival in Italy in 1990 with Aerosmith, Whitesnake, Faith No More, Poison and Vixen.  Really exciting being in that crowd with at least 50,000 people. This show was really magic!! I mean, Aerosmith and Whitesnake (with Steve Vai), the huge stage, the lights, the magic in the air… Just wow!!!

Dead Rhetoric: How do you see the next year or so looking for Eldritch in terms of supporting the new album? And how will various member(s) balance out their other activities with other acts – as we know Oleg is also a part of Labyrinth and Dario’s work in Subhuman plus Suicidal Causticity?

Holler: We are planning an Italian tour for late spring and maybe a second leg for autumn. Then in early 2023 we’ll try to go abroad (USA?, Japan??). It all depends on the album sales, on the pandemic, and on luck! Oleg and Dario know exactly how to manage their time with their side projects, and it won’t be difficult, because as Eldritch, we won’t play around a lot! We’ll just do the very important and cool things. We all have families and some of us (like me) have another job. We will play not more than ten to fifteen shows a year. 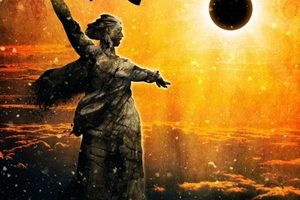 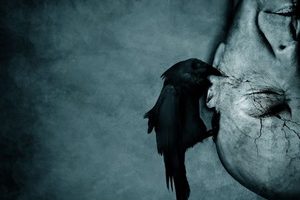