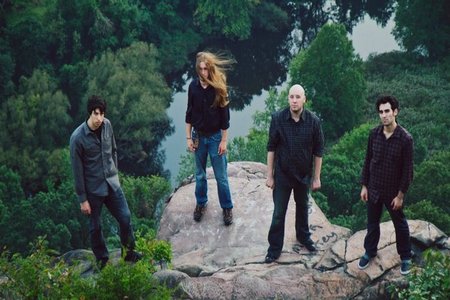 Dead Rhetoric: Going along with “Mob Mentality,” could you explain a little about the process for the making of the video?

Shanbrom: We are really pleased with the response and how it came together. It was a stressful process, because we generally do not like the idea of performance videos. We had all these different ideas – we initially were going to create a short film for it. Music videos are still so important for bands, but there’s been a real narrowing in terms of what can be done with them. The film didn’t quite work out with logistics and timing. We’d still really like to do it if we do another video for this record. In this way, it just ended up working out better. There is an element with a new band – you just want to see what they look like. In that sense, it served its purpose. Orchestra is so important, along with the vocals, so if you see us, you have to see something that represent those parts. We were able to reconnect with Lijon and he was very receptive to doing the video.

The trickier part was having the orchestral element, because we weren’t going to fly to Russia to film that specific orchestra. We ended up working together with friends we had in New York that were professional orchestra and musicians or in school for it, as well as the people on our team who have lived in that world. We assembled a video orchestra that performed in the video to serve that function. I give Jamie a lot of credit for pulling that off. As far as the other element, the dance – that comes from the fact that we didn’t want it to be a “by the books” performance video. If we couldn’t tell a plot narrative, we wanted to at least be able to take the viewer into a different place and create a storyline or something that tied into the meaning of the song through another art form. Just by brainstorming, it seemed like modern dance would be a good way to go, and incorporate it in a unique way. It’s not a song that you would think it would jive with, with the bizarre rhythms and meters and things. The company we worked with was called Ballet Inc, and dancers in the video were tremendous and so creative with their movements. We needed people to go crazy and match the intensity of the music, and they were really able to do that. They were a big part of what made the video successful.

Dead Rhetoric: It seems every choice that you made for the album was rather methodical. How long did it take to craft the album into what you wanted from start to finish?

Shanbrom: A very long time! I think the first conversation that we had in terms of “this is something we want to do” and “these are the ways we are going to execute it;” it was like 2012. Even from the time that we finished the record, that was like a year and a half ago. We knew, as an independent record, to make an impression, the first record has to be as good as you can possibly make it. That was the level that we were shooting for. Then, on top of everything, the business aspect, takes forever. Planning out the music video, planning out how do we are going to play live. That was a big challenge for us. I think a lot of the guys in the industry thought, “how are these guys going to do it?” I almost want to leave it a mystery, because the reviews have been good so far.

It’s one thing to say, “We are an independent band and do this,” and another thing to have that be the reality but try to execute it at the level of any band that is signed. It takes a long time. It’s not just, “you play drums, you play keyboard, and you play bass.” As the keyboardist, for any piece of content, you do all the audio editing for it. My guitarist and I, and Frank, we all also have to create the content that we release on social media, our YouTube videos, and we have meetings once a week. Especially now, because things are fortunately getting busy. It takes a long time, and I think it’s very easy to get down on yourself during that period where you have everything done, but no one knows about you. It’s not like there’s an instant day of gratification where people suddenly appreciate you. It tends to be very gradual, but has the potential to create a positive legacy. We have a high ceiling for what we can do in the long-term, but creating that foundation takes a long time.

Dead Rhetoric: Some of the songs were written by all of you in collaboration, but some were written individually. What do you feel the advantages were by writing in this manner?

Shanbrom: Like everything, there are pros and cons. A lot of bands today, just by the way that it works out, there’s a guy that does everything. When that is the case, I think too much of one vision can kind of create a sound that is a little too uniform. That’s something that we lament in the genres that we listen to. The music is more consistent – it’s not like you are picking up a Barenaked Ladies album in the late ‘90s, where you really liked “One Week” but then the rest of the album has like two good songs on it. Things have leveled out a bit more with the overall quality from start to end, but it’s too uniform.

We operate as democratically as we can. It can create a lot of annoying situations, when two of us make a decision but have to think about how the other people feel. In the worst possible examples of it, we can go in circles for weeks. But I think we are gradually streamlining the operation beyond that. Having 4 consistent voices can slow things down, but having 3-4 people writing on their own and writing together allows us to have the widest possible amount of things to draw from when we are putting an album together. Another pro and con is that it can be too diverse for some people. Like, “I thought I was just signing on for an instrumental album, why is there a vocal song?” But to us, that’s part of creating the full experience. It’s not like going to a restaurant and getting a steak appetizer with a sirloin for dinner, and having a steak ice cream for dessert. It’s creating a full album experience. In our case, overall it’s a good thing.

About half the songs are composed from us jamming together in practice, and that’s a very organic way for that to come together. With the vocal songs, they tend to be a contribution from one member. “Mob Mentality” was Jamie’s baby. Frank wrote “Entering the Light” and “Contemplation of the Beautiful” by himself. I wrote “Crater” mostly by myself, with Jamie helping out, as it was the first song I’d ever written. “A Dream in Static” being the exception in the sense that we wrote it together and we all had different visions about what the vocals would be and if there would be vocals. Just arguing that out until we came to agreement.

Dead Rhetoric: Does that tend to lead to a lot of arguments?

Shanbrom: A ton of arguments. The fact that we have been together for so long has given us the ability to be brutal to each other and then be okay the next day. We try not to argue all the time, but when you have four voices in a room and it matters so much to everyone, it’s the reality of things. But four people that genuinely like being around each other, even if we are being annoyed, makes it a sustainable project.

Dead Rhetoric: A Dream in Static was released independently. Do you feel that is the best way for the band to proceed moving forward?

Shanbrom: It really depends on what becomes over the next few months. We are actively pursuing more tour opportunities and ways to get the music out in interesting ways. We’ve done so much of the work ourselves at this point. Obviously, labels bring a lot other assets to the table, so we will have to examine it on a case by case basis. There’s a lot we’d be open to as far as re-releases, and we’ve got a lot of content that could be roped together as far as additional songs and special features. We waited so long, we will take it as it goes. If the band can be successful, we are going to make it happen. If someone comes along and wants to help and they believe what we believe in, we are open to it.

Dead Rhetoric: What’s next for Earthside as we move closer towards 2016?

Shanbrom: There are a handful of tour opportunities that we are eager to get on. We want to be out playing in front of people as much as we can, covering as much ground, geographically, as we can. We also want to continue pushing the record in many different ways – feeling out the film and video game community on the record as well. That’s a very big aspiration of ours, to collaborate with film makers and people in other media and really present the music in rich and interesting ways to people. That’s what is going to be the way of life moving forward, squeezing as much out of this record as we possibly can. 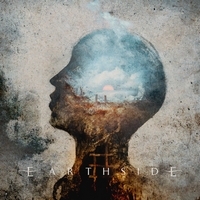