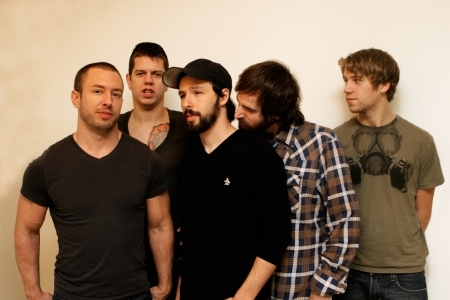 Blistering.com: Switching gears, when the decade ended, was it like “Wow, where did the last eight/nine years ago?”

Puciato: It was exactly like that. It hit me a little hard because it did go by insanely fast. I joined when I just turned 21 and now I’m 30. I really have no idea. When I was 21 or 22, I would do interviews and people would ask me, “What do you see doing in five years?” It was obvious they weren’t asking that question about what we’d be doing as a band, but what I would be doing because no one thought the band would last that long. I don’t think any of us thought it would either. We’re grateful for any success that we have and we didn’t think people would be onboard for as long as they have. If we can make it to 40…we talk about time going fast, I’ll wake up tomorrow and will be 40 [laughs].

Blistering.com: How many times does the video of you running over the crowd in New York City get brought up to you?

Puciato: I’m not going to lie: it gets brought up almost every day [laughs]. The best part about it is that everyday I meet some people outside and at leastone of them brings it up. Half the time, the people that bring up say they had never heard of us before they saw it. That video was taken by someone with a cell phone camera. I didn’t even know that show was being filmed, so I didn’t do it to look cool or anything. We spent $20,000 on two music videos that aired three times at two in the morning. That’s our highest viewed YouTube video by a landslide, so that just shows to me that we’re in a different paradigm.

Blistering.com: Was the fact that you were in a music store made you do it?

Puciato: I don’t even remember doing it. I don’t remember doing it when I saw the video [laughs]. It’s not that unusual of a thing to do. It looks really strange because of the angle and I do think I got even farther than usual.

Blistering.com: I’ve seen you throw bottles and objects into the crowd – do you ever worry about fan retaliation?

Puciato: [laughs] It’s never happened. I’ve been hurt way more…we’re not trying to attack the crowd or anyone. Like I said, I’m the person that’s been hurt the most whether it’s by Ben or over-zealous fans that don’t know you’re not a jungle gym. Shit happens, that’s what it when boils down to.

Blistering.com: You’re doing the Warped Tour this summer. Any expectations for it?

Puciato: I expect me being bored a lot. It’s the first time I’ve gone into a tour where I was like, “God damn, we have so much downtime.” I don’t know what to do. We’ve never done a Warped Tour like this. We’ve done a few, but those were the typical club type of tours where you have a structure to your day. This is, you play a 45-minute set at three in the afternoon. You’re not in a cool city, you’re in an amateur baseball field that’s an hour away from anything cool, so what can you do all day? I’m going to try to take some online classes over the summer just I can make sure my brain doesn’t fucking rot while I’m on tour. Those days drag, man. The older I get…the thing I hate most about touring is the amount of time you’re not doing anything. It’s like, “Fuck, I wish I could get something done today besides setting up, soundchecking, finding food, and a playing a show.” There’s so much other time during the day where you’re sitting around on your laptop, looking for something to do. It just feels like you’re rotting. I have to find something to do.