Decrepit Throne – The Sound of Retribution 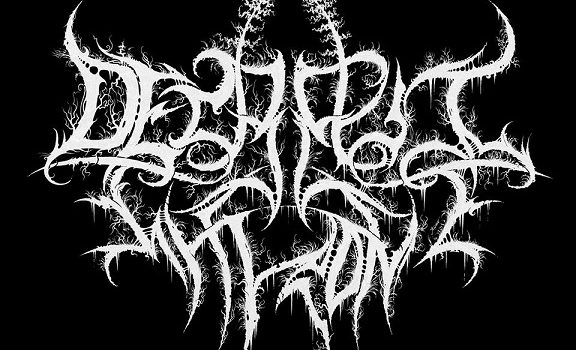 Dave Mustaine perhaps said it best: “You’re only as good as your weakest member.” The Megadeth leader knows a thing or two about assembling a high-class lineup, let alone member changes. He’s right, though, for bands with a weak link and/or unreliable members usually don’t last. Getting a handful of people on the same page is difficult enough. This is something Decrepit Throne mainman Gregory Maupin realized while in his previous band, Agony Divine. Infighting, disputes and instability ultimately forced Maupin to start his own band, foregoing the traditional band setup in lieu of a two-man formation with singer Ron Kaiser. The resultant Traitor’s Grave is an unrelenting slab of blackened death metal. With this mind, we sent Maupin a round of Q’s. Here’s how the man responded…

Dead Rhetoric: It’s mentioned your last band abruptly came to an end. How much did that fuel the creation of Decrepit Throne?

Gregory Maupin: It really did help fuel the project in a big way. I was actually writing the Decrepit Throne material while we were in the studio recording the Agony Divine album. That band has died many deaths over the years and refuses to stay in the grave. My intuition told me that it would not last, so I started stockpiling riffs. I even had a logo drawn up in advance. All that I needed was an excuse to get Decrepit Throne started.

Dead Rhetoric: Are you in touch with your old band members?

Maupin: I talk to them via social media from time to time. I don’t get out much, so I don’t see many people.

Dead Rhetoric: Being that you handle almost everything in DT, what you have learned so far? Are you enjoying the process so far?

Maupin: I have learned so much and I am enjoying the process. Making quick and decisive decisions played a big part in shaping organic tones and atmosphere. I found that I do not like over processing. I have found “my guitar tone” and I have learned to make it work with a diverse playing style. I learned a few new studio tricks and worked in frequency ranges that I did not fully understand in the past. But most importantly, I have learned to not trust others. Don’t procrastinate, believe in yourself and to hell with those who do not appreciate you. I have learned that the metal music scene is full of liars and unreliability, fake people. Fuck them all. I am a huge music fan and making music should be about fun, not egos.

Dead Rhetoric: Outside of Ron, do you have anyone to bounce ideas off of?

Maupin: Not really, I think I sent a few MP3 demos to a friend but that was after the writing process was completed. Being a lone ranger has its downsides, but I had a good idea of what I wanted to do and I just went for it.

Dead Rhetoric: Based on your previous experiences in a regular band environment, would you ever make DT a full-fledged band?

Maupin: Based on previous experiences? Hell no! That would mean that the project will be dead in a few years. Ha-ha. But seriously, Ron and I agree that it would be difficult to make this a live band because of the distance between us and because of commitment to other projects.

Dead Rhetoric: What made Ron the right choice as vocalist?

Maupin: His crushing tone and his ability to write and record without live rehearsals played a crucial role in making Traitor’s Grave happen. He has an extremely heavy style and his ability to adapt it to various guitar styles was pretty impressive.

Dead Rhetoric: You are in North Carolina and Ron is in New Jersey. How did you two tackle the writing process for Traitor’s Grave?

Maupin: I now have a process. I write and arrange on guitar, alone, over a giving period of time with no idea how the vocals will be placed in the song. I then write drum patterns and finalize the arrangements. I then make a home demo with drums and guitar only. At this point I sent the demo tracks to Ron so that he could start the writing process for his vocal parts. While he was in the writing stage, I went into Raleigh, NC Pershing Hill Studio with producer Greg Elkin and started tracking and processing what would become the final drum and guitar tracks. I tracked the guitars over a single weekend. Bass guitar was tracked during a separate session. I ended up improvising the bass lines in the studio. I hate playing bass, so I did not rehearsal the parts. We then had a mixing session and Ron was given copies of that session to use in a studio in Philadelphia to record his parts. After he recorded his vocals he sent me isolated .wav files that were simply dropped into the mix and processed at Pershing Hill Studio. After a few mixing sessions we had a final mix that I mastered myself using home studio stuff. I hope that all made sense ha-ha.

Dead Rhetoric: What are the long-term goals for the band?

Maupin: I really hope to release an album on vinyl and grow as a musician. And for once, stay the course.

Maupin: I will be concentrating on writing a second album. I have taken a short break from playing guitar but I will be getting back into it over the summer. I prefer to record during winter months. Also, I will continue promoting Traitor’s Grave as creatively as I can. Well, many thanks to you! Play metal loud and proud!