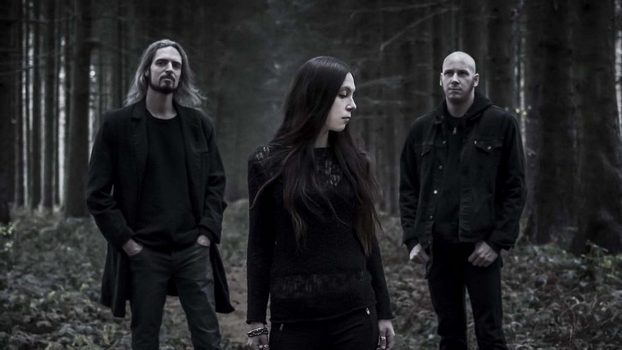 And so we’ve reached the end of yet another year. One that has been a year of continued lockdowns and health precautions, but at least at this point we are beginning to get somewhat back into the swing of things (until yet another variant pops up).  At least the year in music has been quite satisfying.  Here’s one last look at some albums before we break into 2022.  This month we cover AfterTime, Bullet-Proof, Crowen, Cuttered Flesh, Hadal Maw, Lethian Dreams (pictured above), Malignant Altar, Mega Colossus, Mercury X, Thirty Fates, and Wicked Sensation. 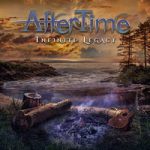 AfterTime – Infinite Legacy (Self-Released)
An epilogue to the band’s full-length from last year (The Farthest Shore), Infinite Legacy leaves just as much of a strong impression as that album did.  AfterTime know the ins and outs of the symphonic metal game, and effectively avoid running into cliched territory with ease.  From bombastic, adventurous material like “Forge Your Destiny” to more personal and introspective songs like “Reflection,” they can pull on the emotions in a few different directions.  Short and sweet is key – no overblown epics, just material that soars because it hits all of the highs you’d expect without any of the lulls that come with more expansive tracks. – Katarina McGinn (AfterTime on Facebook) 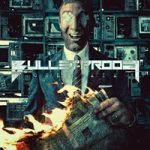 Bullet-Proof – Cell XIX (Sleaszy Rider Records)
A Slovakian father/son combination moves to Italy and forms Bullet-Proof, now a quartet that continues to develop a catchy melodic thrash sound for their third album Cell XIX. Expect a lot of infectious twin guitar harmony lines, pumping bass, and forceful groove-oriented drumming that makes “No Future” and “Perfectly Divided People” ideal for those into Megadeth, Overkill, and 90’s-era Kreator. Closing the record with “All I Want”, a cover from The Offspring, bridges the gap between power punk and thrash. The slightly strained vocal delivery of guitarist Richard Hupka may be the only misfire for some – but the gallops, tight transitions, and gang-like textures keep Bullet-Proof endearing to those who love the energy and primal spirit of this movement.  – Matt Coe (Bullet-Proof on Facebook) 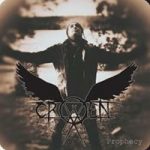 Crowen – Prophecy (Inverse Records)
A solo project formed by Rain of Acid vocalist/guitarist Esa Uusimaa, Crowen releases their first five-track EP with Prophecy. The material contains heavier melodic death meets folk/groove-laden overtones, not dissimilar to the work of Wolfheart for “Submission” with traces of Eluveitie in specific guitar hooks during closer “Exosus”. The piano passages within “Black” provide a brightness to the churning riffs, while Esa’s morose growls increase the cultural earworms and the emotive, bluesy lead break allows for a dynamic twist. Let’s keep fingers crossed that these eighteen minutes will expand into a future full-length, as Crowen has legs to make waves in the melancholy, melodic death scene. – Matt Coe (Crowen on Facebook) 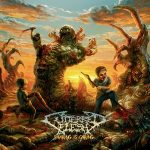 Cutterred Flesh – Sharing is Caring (Transcending Obscurity)
Rare is a brutal death metal band that goes against the grain a bit.  Instead of focusing solely on sheer brutality and being as heavy as humanly possible, Cutterred Flesh enhances it’s volatile formula by providing some wild tempo changes, technical wizardry, and a shocking level of coherence (compared to many in the genre).  They can still drop some heavy and demanding grooves and speed runs, but the added variety and complexity gives it more of a backbone without overdoing it at the same time.  A fantastic mix that makes Sharing is Caring a far more compelling release than you might expect. – Katarina McGinn (Cutterred Flesh on Facebook) 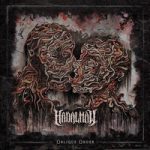 Hadal Maw – Oblique Order (Blighttown Records)
Continuing to advance their sound and add more too it without forgetting their roots, Oblique Order is another case of Hadal Maw evolving their sound.  Coupling with the Meshuggah meets death metal roots, there’s a bigger emphasis on atmosphere with this short EP.  It’s heavy and caustic, but at the same time there’s almost a more dissonant and eerie feeling that is evoked from the music while you listen to it.  Its the feeling of a monster that’s about to swallow you whole, and you just can’t look away – paralyzed in horror.  – Katarina McGinn (Hadal Maw on Facebook) 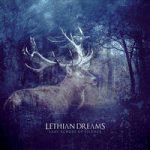 Lethian Dreams – Last Echoes of Silence (Self-Released)
Coming off of the depressive but beautiful A Shadow of Memories last year, this EP has three new songs to wallow in, as well as some new acoustic and alternative versions to round things out.  If you enjoyed the doom-friendly but more atmospheric and gentle sound of the band, you really can’t go wrong with this.  That same weighty, depressive touch pervades itself from beginning to end, with the slow burner “What If the Winds” being a current favorite with it’s serene acoustic elements and poignant taste of gloom with Carline Van Roos haunting vocals. – Katarina McGinn (Lethian Dreams on Facebook) 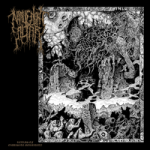 Malignant Altar – Realms of Exquisite Morbidity (Dark Descent)
In an attempt to be more brutal than the next, many bands in death metal have gone about doing it by making it as disgusting to listen to as possible (in a good way of course).  Malignant Altar gets high marks for creating some of the most swampy, oozing sounding death metal of 2021.  The guitars rumble, the vocals all but vomit, and it’s a beautiful mess of chaos in timeless death metal fashion.  Those who seek only the sickest are bound to be quite impressed by what they hear.  Malignant Altar can do it all – from slow grooves to primal drumming beatings, this is what old school is all about. – Katarina McGinn (Malignant Altar on Instagram) 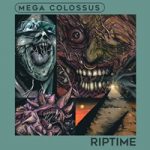 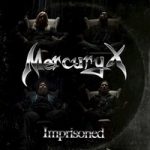 Mercury X – Imprisoned (Frontiers Music)
Swedish progressive metal outfit Mercury X took an initial 20-minute song for an EP release and eventually recorded another four songs to expand the proceedings into the full-length Imprisoned. Becoming friends in high school during 2013, the four-piece came together again when back home. Expect a melodic sound that has plenty of 80’s/90’s twists and turns, a la Fates Warning and Dream Theater – just given a bit more modern crunch and low-tuned octane. Most will enjoy the adventurous drumming of Denis Diaz (who doubles on lead vocals with guitarist/violinist Martin Björklund) for “The Light in Your Eyes”, while the twenty-minute plus title track contains everything from choirs to tricky off-time intricacies, lighter to heavier sections, giving off some Toto, Evergrey, and Symphony X vibes. Ideal for most in the ProgPower community. – Matt Coe  (Mercury X on Facebook) 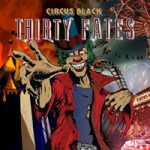 Thirty Fates – Circus Black (Rockshots Records)
Reforming after a chance meeting five years ago, Greek heavy metal act Thirty Fates recorded their debut album Circus Black. Encompassing songs across the 80’s, 90’s and early 2000’s (plus one new track) – the trio take a solid, classic approach as far as their songwriting – adding slight off-time/progressive nuances to “The Pretender” that has an older Fates Warning/Queensrÿche atmosphere, while the wah-wah, low-tuned chug of “Be Free” aligns with 90’s-period Judas Priest or Nevermore. At times the vocal delivery can get a tad melodramatic than necessary (check out the verses for “The Edge of Destiny”) – but this is a good document of heavy metal with decades of material finally seeing a proper international release. Would be interesting to hear how another full-length of new material would develop the Thirty Fates style – as this has value for those who miss that bygone late 80’s/early 90’s semi-progressive metal ways. – Matt Coe (Thirty Fates on Facebook) 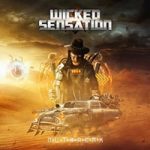 Wicked Sensation – Outbreak (Rock of Angels Records)
A German sextet that straddles the melodic hard rock/metal fence, Wicked Sensation returns after seven years with their fifth album Outbreak. Recruiting three new members (most notably vocalist David Reece), you get a driving sense of enthusiasm when it comes to solid guitar mechanics, ideal keyboard support, and bluesy, catchy hooks. “Starbreaker” has a lot of early 80’s Whitesnake charm in its complimentary blazing chorus and flashy axe lines, while “Breaking Away” positions itself in almost a Damn Yankees / Bon Jovi angle. It’s all about throwing out massive hooks and reeling in the verse/chorus for listener retention, and these eleven tracks are chock full of those elements more often than not. Firewind’s Gus G. also contributes a fiery solo for “Light in the Dark”. Another one for the old-timers to treasure. – Matt Coe (Wicked Sensation on Facebook)

Song Stream: Cutterred Flesh’s “Knife is Not the Enemy”