Behold, the last installment of Rapid Fires for the turbulent year that was 2016. Actually, we’ll stay away from social and/or political commentary and simply note the unyielding strength of the metal scene. It produces so many bands and albums in a given year that not even the worker bees on the DR staff can keep up, but Rapid Fires certainly help. In this month, we gab on A.c.o.D., Altar of Oblivion (pictured), Callidice, Caricature, Coldborn, Cursed Sun, Dark Messiah, Entierro, FromHell, Gravebreaker, Maladie, Minotaur Head, Old Chapel, Setentia, and Solitude. 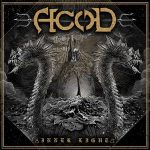 A.c.o.D. – Inner Light (Self-Released)
Despite a lengthy existence at this point (releasing 3 full-lengths and an EP prior to this), French death/thrashers A.c.o.D. came across this scribe’s radar for the first time. Thoroughly residing at the end of the melodic death spectrum that bands like Hypocrisy reside, it’s more blistering death metal with melody than “melodeath.” There’s some sprinklings of blackened flavors from time to time as well, alongside the frenetic rush of thrashy riffs. A strong sense of balance resides overall, with the band’s knack for intensity never getting in the way of a memorable riff or lead. While it does stick to the usual formula, the sense of urgency and maintenance of melodies is strong enough to ignore this and A.c.o.D. could easily be a larger act given the exposure – let’s hope they get it. – Kyle McGinn (A.c.o.D. on Facebook) 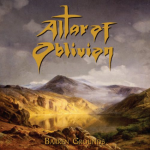 Altar of Oblivion – Barren Grounds (Shadow Kingdom)
Emerging Danish doom outfit Altar of Oblivion probably should have followed up their breakout Grand Gesture of Defiance a bit sooner, but the hallowed, Euro-traversing sounds on the four-song Barren Grounds should remedy the situation. Still firmly situated somewhere between the gallant strokes of Candlemass, and the fearless epic metal plot of Grand Magus, Altar’s effortless melodic breadth, coupled with the Mik Mentor carries home “State of Decay” and the bruising, mid-tempo title track. Clearly one of the best new doom bands on the European front (they’ve been around since 2007, so maybe not that new), Altar of Oblivion merely scratches the surface on Barren Ground. – David E. Gehlke (Altar of Oblivion Facebook) 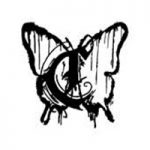 Callidice – Scarlet (Inverse Records)
A Finnish melodic death metal act with industrial inflections, Callidice on their second EP Scarlet straddle both genres convincingly through these five songs. The grooves and keyboard elements can lean towards Fear Factory sides on “King Aside” or the verses of the atmospheric closing title cut (the whispered vocals adding chills), but the main Jarkko Liimatainen death roars come straight from Scandinavian tradition, while the riffing and high guitar melodies also have 90’s inspiration and passion at heart. Insomnium fans will probably dig Callidice the best – as the death side is 80% of the quintet’s sound, and it’s melodic, melancholic, and magnificent. – Matt Coe (Callidice on Facebook) 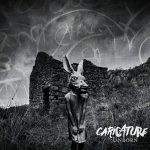 Caricature – Unborn (Self-Released)
Progressive metal solo act Caricature (steered by Joseph Stiller) returns with another EP that doles out plenty of diversity and truly earns the “progressive” tag. You can hear everything from prog to djent to death metal and beyond over the course of the EP, and due to strong songwriting, there’s a cohesive flow to it as well. From the heavy and immediately catchy “End of Two Worlds” to the more modern and djent-y churning of “Man of Science” to the softer ballad-y territory of “Spark,” Spiller shows he’s more than adept at finding some key melodies in both instrumentation and vocals. Adding to the mix are some fantastic solos from Ray Suhy (Six Feet Under, East of the Wall) that bring some extra wow. Don’t let the mention of some djent influences be a detractor, there’s a wealth of fine material to be explored here. – Kyle McGinn (Caricature on Facebook) 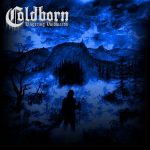 Coldborn – Lingering Voidwards (Final Sacrifice Records)
The solo project of Norgaath (Nightbringer, Grimfaug, Onirik), Coldborn plays trance-inducing, atmospheric black metal. The intentionally fuzzed-out guitars, the blackened croaks, and drumwork all lure you into a droning descent, and it works like a charm. There’s a raw quality to it that goes hand in hand with an almost doomy sense at times (which changes up with some moments of blasting of course). Some additions to the framework of the lengthy tracks include clean guitar and some keys, which keep the songs from becoming stale without losing the droning momentum and atmosphere. All and all, a trippy listen that balances melody with darkness. – Kyle McGinn (Coldborn on Facebook) 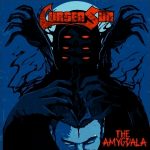 Cursed Sun – The Amygdala (Self-Released)
Northern Ireland’s Cursed Sun have been steady in releasing material, with a full length and a number of EPs to their credit. The Amygdala is their latest effort and it opens up by kicking the doors down. The first two tracks have some fantastic energy (particularly the opener, “Breeding from Bleeding”), but when they start to introduce more groove and southern elements (complete with some rock-ish clean vocals) some of that compelling nature starts to drain. The title track is the biggest offender here (and there’s also an acoustic version to round out the EP), but “Primordial Chaos” also loses some momentum when they let off the gas. There’s some strong guitarwork in these moments, but it seems Cursed Sun would do best to keep the throttle running full-speed. – Kyle McGinn (Cursed Sun on Facebook) 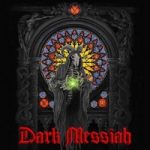 Dark Messiah – Dark Messiah (Self-Released)
Winnipeg, Canada’s Dark Messiah develop a groove-laden, semi-thrash meets classic metal sound for their debut, self-titled EP. Competent playing notwithstanding, the main hooks and songwriting for “No Soul to Sell”, “Death from Above”, and the three other cuts feel fairly generic, taking a lot of cues from early Hallows Eve meets post-Max period Sepultura. Singer Stephen Chubaty has a rhythmic, barking delivery that has a twinge of Phil Rind/Sacred Reich orientation (look at the chorus of the title cut), just not as convincing. If you feel like taking a time warp 30 years back and don’t mind a serious meat and potatoes predictable approach, this could be to your liking. A tough sell to make multiple passes for these ears- the vast aural wind left me quite cold. – Matt Coe (Dark Messiah on Facebook) 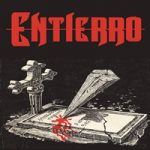 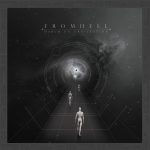 FromHell – March on Gravitation (Naturmacht Productions)
Clean vocals in black metal…such a sticky wicket. For Indonesian black metallers FromHell, it’s the albatross around the neck of their March on Gravitation album. For all of the flamboyant, if not suitably epic black metal angles and shapes the band throws out, there’s nearly an equal amount of off-key, out-of-tune clean vocals that throw a wrench into a would-be quality outing. The simple fact FromHell are from a unique destination helps, but someone needs to give these gents a few pointers about how to place clean vocals in BM. – David E. Gehlke (FromHell Facebook) 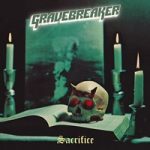 Gravebreaker – Sacrifice (Gates of Hell Records)
A horned skull and candles bathed in green light greet you for first impression cover art courtesy of the Swedish heavy metal trio Gravebreaker and their debut full-length Sacrifice. Nightmare on vocals, Fury handling bass and guitar, while Devastation holds down the drums, and this is a classic 80’s sounding record (that snare and kick combination very dry with no triggers in sight) where Acid, Anvil, and Mercyful Fate mattered. Swirling funeral keyboards give way to a pumping bass and hoarse delivery vocally for “At the Gates of Hell”, while “Road War 2000” has a lot of “Power and the Glory”/ Saxon spunk in the riffing and pounding tempo. Grab the leather and studs, Gravebreaker aim to revive those early fist-flailing good times. – Matt Coe (Gravebreaker on Bandcamp) 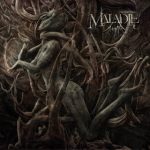 Maladie – Symptoms (Apostasy Records)
The initial count on Maladie’s band members is eight, which puts them in Slipknot territory if you’re keeping score (which you probably aren’t). A lineup of this size is apparently needed to pull of the band’s avant-garde quirks, which make Symptoms (Maladie’s third full-length) a sort of an odd listen. The band is prone to piano dalliances, off-kilter riffing, and subsequently drab death metal vocals, which further sully the matter. Then again, no one ever said avant-garde metal is easy. Maladie proves that. – David E. Gehlke (Maladie Facebook)

Minotaur Head – Minotaur Head (War Anthem Records)
Rogga Johansson, otherwise known as the man in a thousand bands, has joined forces with drummer Bob Bagchus of Soulburn and ex-Asphyx fame in Minotaur Head. With the simple goal of playing the heaviest music possible, the duo certainly succeed in that department, although there’s a lot left to be desired from Johansson’s rudimentary, worn-out doom chords and sterile arrangements. Really, this feels like the two got together over a weekend, cracked a few beers, and banged these songs out without second thought. And it shows. – David E. Gehlke (Minotaur Head Facebook) 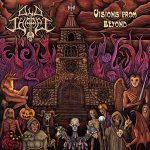 Old Chapel – Visions from Beyond (Chaos Records)
As the cover may imply, the Russians of Old Chapel play old school death metal. Not the overdone Swedish variety, but more of a doom-based version. So they don’t spend too much of their time at blistering rates, which means that the riffs need to work – and they do. Pleasantly buzzy riffs lurch and chug their way through most of these tracks, with the occasional solo that harbors a bit more melody. The old school feel is genuine, though it’s not plagued by production issues, giving it enough grit and ugliness without sacrificing the discern the different instruments. All in all, it’s nothing outside of the old school box, but it’s effectively done and should draw in fans of the sound. – Kyle McGinn (Old Chapel on Facebook) 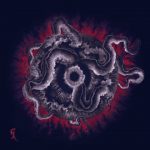 Setentia – Darkness Transcend (Blood Music)
In their never-ending pursuit of becoming one of extreme music’s diverse labels, Finland’s Blood Music has turned to New Zealand for Setentia, a progressive death metal unit who have been kicking around since 2009. Their Darkness Transcend debut works the spectrum of bristling melodies, angular riffs, all in a Behemoth-meets-Ne Obliviscaris-like attack, if that makes any sense. The noticeable thread of dissonance on a jam like “Throne of Thorns” is met with the active, jumbled tech-death pile-on that is “Seeds of Death (Departure).” Keep an eye on these lads. – David E. Gehlke (Setentia Facebook) 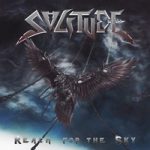 Solitude – Reach for the Sky (Test Your Metal Records)
Originally hitting the streets in their domestic Japanese homeland last year, Canada’s Test Your Metal Records sees fit to issue the second album from Solitude for North America and beyond. Active since 1996 yet sparse in output (the EP Virtual Image issued in 2001, debut album follow-up Brave the Storm in 2009), these gentlemen reside in that classic NWOBHM meets 80’s power mold. Imagine the mid-tempo riffing and grooves that put Jaguar and Blitzkrieg on the map – along with the current potent headbanging parts and rough around the edges vocals that Paragon fans love. Epics bookend the six compact numbers in between, predicting massive devil horns salutes or soccer chants to the riffing and melodies throughout “Venom’s Angel” and “Don’t Need Mercy”. Classic metal never dies. – Matt Coe (Solitude on Facebook)