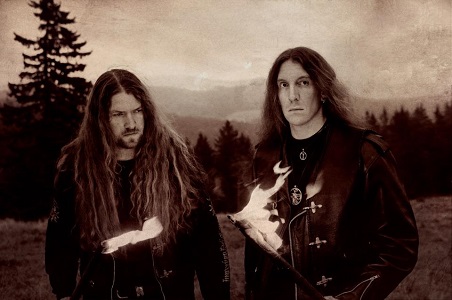 Sometimes I hear people comment on the weak state of music these days and I just can’t fucking relate. Almost every day I am hearing new stuff coming out of the “underground” of the rock and roll world that keeps me thoroughly entertained. I think there just may be more sub-genres in metal than in any other branch of popular music and the boundaries are constantly being pushed, to (mainly) my delight, and probably to the chagrin of the less-adventurous.

While I’m sure there are more songs out there that also (and perhaps more so) deserve to be listed here below, these ten represent some of the pure joy that I was able to extract from the year that was 2013. And what a great year it’s been!

2. Killswitch Engage – “In Due Time” (from Disarm the Descent)
I love a good hook, and metal bands don’t get much catchier than Killswitch Engage. They’ve been writing memorable anthems for years, and show no signs of slowing down any time soon. All that they do well is contained herein. (LISTEN)

3. In Vain – “Hymne til Havet” (from Ænigma)
The best representative of the glory of Ænigma, In Vain showcase their chops, ferocity and penchant for moving melody within their brand of progressive death metal. A fantastic song all-around. (LISTEN)

5. Beastmilk – “Fear Your Mind” (from Climax)
With one of my favorite lyrics this year in “better mind your thoughts and fear your mind”, Beastmilk have a little bit of Misfits sound here mixed with their post-apocalyptic vision. (LISTEN)

6. Wolfheart – “Routa Pt. 2” (from Winterborn)
Melodic death metal from a true master of the genre in multi-instrumentalist Tuomas Saukkonen, his new album as Wolfheart is a tremendous effort of frozen beauty and icy brutality. Let him show you why he’s the best: (LISTEN)

9. Summoning – “Flammifer” (from Old Mornings Dawn)
Hail Summoning! One of the most important bands in all of epic black metaldom, they release their long-awaited Old Mornings Dawn album to critical success, and here is one of the best tracks from the album. (LISTEN)

10. Gloryhammer – “Angus McFife” from (Tales From the Kingdom of Fife)
Power metal is not meant to be taken too seriously, right? Gloryhammer gave us this totally enjoyable tune this year, which I should think that each and every metalhead will like…like it or not. C’mon, this is fun (and catchy)! Bonus: green armor. (LISTEN)

Biggest surprise of the year: Shaded Enmity. Shame on me for sleeping on one of the best bands to come from my city of Seattle in a long time, Shaded Enmity! It’s a real surprise that this band is not bigger than they are, and especially that they are unsigned. Among the best melodic death metal released all year, and with phenomenal musical acumen, these guys absolutely, positively rip! (Check out “Sadness in Summer Rain”)

Best newcomer of the year: Caladan Brood / Xanthochroid. No doubt that since my favorite album this year is also their debut, I have to give this distinction to Caladan Brood. But, I also want to give a co-naming to a band that likely missed many a list last year due to their December 2012 release date, and that is Xanthochroid, who released a remarkable album of epic/progressive black metal. Hailing from the LA area, these guys dropped one hell of an impressive debut in Blessed He With Boils. Check out the title track here.

Biggest disappointment of the year: Peste Noire. After blowing my mind with 2011’s L’ordure à l’état pur, Peste Noire released their self-titled album this year, and it just kind of fell flat. Following a masterpiece is a tall order for any band, and the insanity contained in L’ordure à l’état pur…well perhaps by nature it simply can’t be repeated. At any rate, 2013’s Peste Noire, while not a bad album, feels like a letdown.

Most anticipated album of 2014: Leviathan. Jef Whitehead (aka Wrest) is at work on a new Leviathan album at the moment, which will be released in 2014. One of the most important forces in American black metal, and brilliant creator of Leviathan’s The Tenth Sub Level of Suicide and the Lurker of Chalice album (among many others), this is big news indeed for the darkest side of American metal. Acclaimed producer Billy Anderson is onboard!