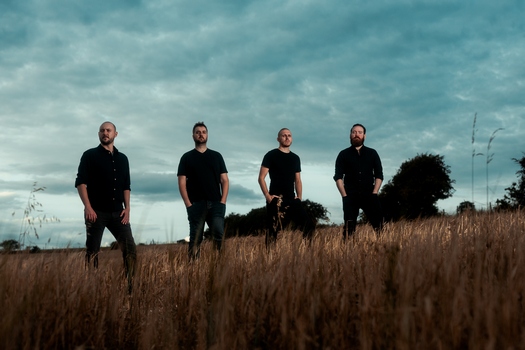 We’ve had our eyes and ears on Countless Skies since their first EP on Bandcamp in 2014. Watching the band transform from their more traditional melodeath beginnings to their current status with second full-length Glow has been a captivating journey. Glow sees them continuing to grow and expand their sound beyond the traditional boundaries with more progressive and nuanced elements from across the board and beyond. A rich tapestry that metal fans are sure to enjoy. We had a chat with guitarist/vocalist Ross King, but some connection issues kept it back a bit, to we decided to hash out the rest over email. We discuss the transition from New Dawn, the 3-part title track and its inspirations, challenges they’ve faced, and what some of his favorite releases of 2020 have been.

Dead Rhetoric: It’s been few years since New Dawn. What have you guys been up to in the meantime?

Ross King: Quite a lot to be honest. It’s been a bit spread out though. We’ve been touring over continental Europe. We’ve been over to Germany to play a few festivals. We went to play at Metal days in Slovenia, which was pretty cool. We played on the Sophie stage at Bloodstock, which is probably the biggest show we’ve ever played – to a few thousand people. That was quite a big deal for us. Other than that, we have moved houses, changed jobs, changed relationships and all sorts of stuff.

Dead Rhetoric: In your perspective, how do you feel that Glow compares to the debut?

King: With New Dawn it was sort of a straight-up melodeath album. There was more progressive metal leanings, but with the new album we have tried to explore that a lot more. We tried to include more influences from different genres. Some post-black metal and instrumental metal, and a few other things really.

Dead Rhetoric: So do you feel the band has come into more of a unique light at this point, in terms of your sound?

Dead Rhetoric: Much of the album was written at James [Pratt]’s house. How did this alter your songwriting and recording approach?

King: The writing took place in a few locations, including my house and the practice rooms we go to regularly. Aside from the drum recording at Audiobeach in Brighton, the majority of the album was recorded at James’ new home studio. Having access to our own studio 24/7 meant that we could fit recording into our already hectic schedules, and record in our own time after work. It allowed us to take our time to get the best takes from each band member.

Dead Rhetoric: The three-part title track. What were you shooting for in terms of the arrangements and things like that?

King: With a long song, we felt we had to strike a good balance between not repeating ourselves too much, and giving the song cohesion. The three parts are quite different, but there are repeating phrases and motifs throughout the whole piece. We also wanted to take the listener on a bit of a journey with the song ebbing and flowing, changing tempo and hopefully keeping it quite refreshing and fun to listen to.

Dead Rhetoric: Is it important for the consistent artwork from Carl Ellis? Any hidden stuff this time around?

King: We first started working with Carl for our debut EP, and were so blown away by his work that we’ve used him for everything since. It was a natural choice for us to have Carl work on the new album cover, and once again he has completely exceeded our expectations. We normally give him a few ideas of what we are aiming for, and then he will go away and piece something together for us. It can take quite a few iterations, but he is always happy to keep going until we get it right. I personally think he’s outdone himself this time around, and this is my favorite piece yet.

Dead Rhetoric: How’d you end up with Willowtip for the album?

King: A few months before the release of our Tempest single they got in touch, saying they were big fans of New Dawn and wanted to work together with us on a new album. We’ve known about the label for a long time with James and I being big fans of a few of their releases, especially Arsis’ first album A Celebration of Guilt, so we jumped at the chance.

Dead Rhetoric: What do you feel is the most important element in Countless Skies?

King: Ultimately, the thing that is most important to us is that we’re enjoying what we do. We’ve been playing music together as a band now for over 10 years, and we’ve always felt more like a group of friends making music together than anything more serious. It’s amazing that people are enjoying the music we release, and that we’ve caught the attention of a few labels so quickly. As long as we’re happy working together as a unit, then I think we will keep pushing forwards and see where it takes us.

Dead Rhetoric: What are some of the challenges that Countless Skies has had to face as a band so far?

King: We all have full time careers, and juggling both work and band duties has certainly been a struggle over the years. Having our own studio to record from this time definitely helped alleviate that issue, but sometimes we have to put our jobs before the band and that can slow things down quite a lot. Hopefully one day we might be able to take the band full time, or at least all work remotely whilst out on the road. We’ll have to see how things go

Dead Rhetoric: Do you have any favorite releases from 2020?

King: Absolutely, in fact we’ve already made a playlist on our Spotify profile called ‘Top Metal Picks 2020’ with a great selection of finds from this year.

But, to note a few, I would mention the new releases from The Reticent, Sojourner, Luna’s Call, Decaying Days, Gaerea, Volcandra, and the new EP from Hinayana. We’ve also really been enjoying the new albums from Caligula’s Horse, The Ocean and Protest The Hero too.

Dead Rhetoric: Do you have any plans for next year?

King: It’s hard to say at the moment, but we certainly hope to get back out gigging again once it’s safe to do so. Hopefully we might even be able to reach new places, we’d especially love to head over to tour the US and beyond. 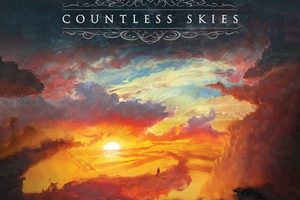