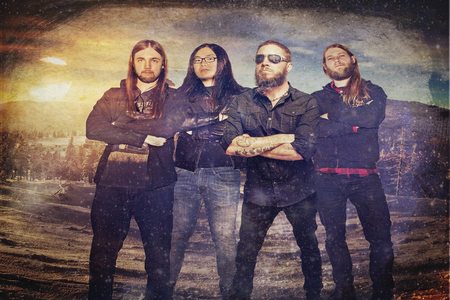 Minnesota may not be well known for its progressive metal output, but four-fifths of progressive metal act Chaos Frame call that state their home. Vocalist Dave Brown is the lone holdout, living on the East Coast in Delaware- using computer technology to piece together the songwriting and performances that comprise their two albums, 2010’s Another Life and the follow up released this year, Paths to Exile. Incorporating everything from extreme metal blast beats and high pitched guitar trilling at times to solid groove mechanics into their progressive framework is not an easy task to smooth out – and yet these musicians pull it off in an exhilarating, aurally pleasing manner.

Firing off a series of questions, multiple members chose to give their thoughts on the band, their views on progressive metal’s intricacies, what they think of heavy metal stateside versus worldwide, and how the band handles instant communication and social media with a keen sense of humor. Learn more about Chaos Frame from vocalist David Brown, guitarist Matt Hodsdon and guitarist Andy Xiong – and be sure to purchase these two albums to keep the future of the genre alive and well.

Dead Rhetoric: Can you let the readers in on the formation of Chaos Frame around 2010? Did you ever have any worries about most of the band being based in St. Paul, MN while you have a singer in Dave Brown who is located in Delaware?

Matt Hodsdon: In 2010, I had the first album mostly written and was looking for someone to sing on it. Dave and I got connected through Carlos Alvarez of Dirty Viking Audio Production (Shadowdance, Judicator, Chaos Frame) who I had met on the Andy Sneap forum. Another Life was the work of just us two, and we were joined by Andy Xiong on guitars shortly thereafter. This is the core of the band, with other members so far being pretty transient.

Dave Brown: I was working on a project with my longtime friend Carlos that imploded. Carlos then reached out to me and said, “I think I might know of a project that is perfect for you.” I said, “Well, let me hear it”. “The Distance” turned up in my inbox, I listened, after about a minute, I replied, “Yea dude, I’m in!” I really didn’t have any “worries”. I have a studio at my house, and with Skype we could talk to each other while recording. Plenty of band members live in different locations all over the world, if a tour happens, you just take the steps to prepare yourself and fly or drive.

Andy Xiong: Yeah, Matt and I were in two different bands a few years before Chaos Frame. Our bands played several local shows together over the years and that’s how we knew each other. When he was putting together the Chaos Frame lineup, he got in touch with me and asked if I wanted to play on it. Like Dave, the first song I heard was “The Distance”. Nobody had really been doing anything like this in the local scene and I took him up on the offer to join.

Dead Rhetoric: What do you see as the major differences between your debut album Another Life and your latest record Paths to Exile? Is songwriting an easy or arduous task given the brand of progressive metal you’ve developed?

Brown: Well besides the obvious fantastic mix and master on Paths to Exile compared to Another Life, Matt and I worked through every song together. With Another Life, Matt and I really didn’t work one on one until the last two songs. Which were “Predamned” and “Another Life”. I could really hear the difference working directly with Matt and the frustration that comes along with email chats was gone. Thanks to Skype, Matt was right in my ear, “That was flat. Ehhh little sharp there. I can’t hear the ‘T’ sound at the end of that word”, but more importantly, it started to bond us in friendship. As well as recording, we would just “hang out” and chat.

Hodsdon: With regards to songwriting, it’s mostly a natural process… I don’t even feel like it’s me doing it a lot of the time. I’ve heard that this happens to other artists as well. My tendency is to write a big chunk of a song from the subconscious without much effort, and then get stuck on a particular part and have to agonize over it for a while. These logjams are where most of the “work” is, as well as filling out the arrangements later. Progressive metal is actually easier for me to write than other genres, because it’s just the default music that my mind gravitates towards. When I write in other styles, it takes some effort to not have it come out sounding like Chaos Frame.

Dead Rhetoric: The blast beats that open the title track of the new album sound very natural – who has the strong death/black affinity within the band? The last band I thought was successful at incorporating those elements would be Steel Prophet…

Hodsdon: All of us listen to some extreme metal, and Pat Ruhland (drummer on Paths) is primarily a death metal drummer in the mighty Australis. For me, I prefer death/black bands that still incorporate some melody, such as Lykathea Aflame, Anaal Nathrakh, Ne Obliviscaris, etc.

Dead Rhetoric: How have the live shows been for Chaos Frame given the fact that you have fill in vocalists locally? What do you hope to get across to the audience in a live setting that may differ from your studio material?

Hodsdon: We did three shows a long time ago with Rob Jalonen (Noble Beast) in support of Another Life. We’re not too keen on doing more shows without Dave, just because the singer is probably about 75% of the band’s identity, and it’s weird to see someone else up there.

Dead Rhetoric: Where do you stand on the intricacies and technicality that progressive metal offers while also trying to offer up strong melodies, hooks, and harmonies that listeners can latch onto?

Xiong: The technical side of things is what got me interested in prog to begin with. Big solos, odd time signatures, long songs, non-standard structures, that sort of thing. These days I tend to gravitate towards well written songs, rather than bands that put 7 minute interludes in every song. I still enjoy that stuff, but I can only listen to so much of it.

Hodsdon: I used to be into prog for its musicianship, but now I see it more as just an adventurous attitude towards songwriting. The technical moments shouldn’t distract from the song as a whole. 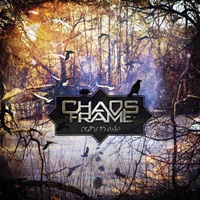 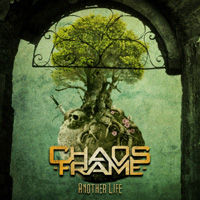