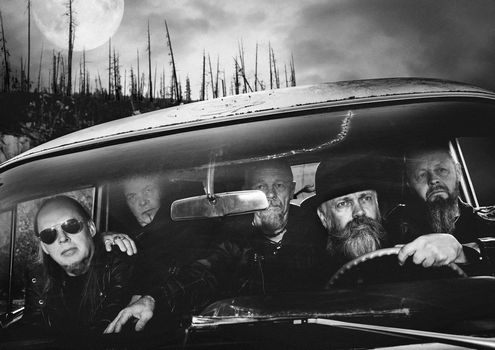 Vibrant times for Swedish doom metal institution Candlemass in 2020. Receiving accolades and Grammy nominations for their last studio album The Door to Doom, they’ve released so many classic albums and kept the genre alive for decades. Now back with original vocalist Johan Längquist, many second and third-generation followers of the band are getting to experience the magic of his voice from the Epicus Doomicus Metallicus debut album through his current work. The band’s latest EP The Pendulum (pre-order HERE) consists of one unfinished track from the last album session, plus other demos finally realized in a final form. We reached out to leader/bassist Leif Edling to catch up on all things related to Candlemass over the past few months. Here is what he had to bring us up to speed on, as the doom dancing will never subside…

Dead Rhetoric: Your latest EP The Pendulum consists of the title track and five demo versions of other songs, including “Porcelain Skull” that appeared on an Avatarium album. Discuss the idea behind this release, choice of songs, and why you felt the need to release an EP so quickly after last year’s The Door to Doom full-length?

Leif Edling: Well, we had the songs already (in demo form) so why not release them and finish the title track “The Pendulum”. That one we also had but in unfinished form. The Door to Doom was released a year ago, why not offer the fans all of the songs from that period? Most people I have heard from like the idea of getting them all, getting the full picture so to speak. And the songs are quite good as well. I personally don’t think they are second rate even though they didn’t appear on the full length. I’m sure though some hecklers will say the EP is totally unnecessary and consists of demo crap, (laughs)! But I don’t agree… I hope and think our fans will like this EP. The songs are really cool. What’s not to like?

Dead Rhetoric: How did it feel at this point in your career to be up for national awards for your last record? Does it hopefully increase the validation of your work in Candlemass not just amongst your peers, but also the outside world beyond the metal community – or does that type of relevance not matter at all to you?

Edling: Feels good to end a great year with a US Grammy nomination and a Swedish Grammy award! Personally, I’m not much for flashing awards around, but it is always nice to be remembered and get a receipt that you did something that counted with your last record. I have no idea if this will get us better pay for gigs in the future or higher spots at the festivals… or even get me some cool endorsements for once, (laughs). I’m pretty sure we’ll play on as usual though.

Dead Rhetoric: How has it been with Johan back as the singer this second-time-around – do you believe the fans are enjoying the mix of newer material as well as getting the chance to hear the Epicus Doomicus Metallicus classics live again?

Edling: The gigs have been absolutely great with Johan back! Lots of people at the shows, enjoying both old and new material. Feels that we did something right with The Door to Doom plus having Mr. Langquist back with us. He also does immense versions of the Nightfall material which comes in quite handy since we’re playing that album in its entirety in a month’s time.

Dead Rhetoric: In another interview with guitarist Marcus Jidell of Avatarium, he mentioned Leif as one of the best Swedish songwriters ever. What do you think are the qualities you take into consideration when developing and constructing a song – do you know after this many years what it takes for instance to live up to the stamp of Candlemass?

Edling: I have to thank Mr. Jidell! Well, the “secret” behind a good tune I think is to take the time writing it. Let the song form itself instead of stressing it to be something it shouldn’t. Try different tempos, chords, choruses. Feel the song. It’s not easy to write a Candlemass album, because I don’t wanna do a sloppy job. I want every album to be the best one ever, and that’s very difficult, (laughs).

Dead Rhetoric: What do you believe was the most challenging period of the band for Candlemass? Do you have any regrets or missteps that you took that if you had the chance you would correct- or are you of the belief that specific things happen for specific reasons in the career of a band?

Edling: I don’t know. This is a very difficult question. Guess we could have had fewer singers in the band instead of this revolving door thing. But on the other hand, every phase of the band has been for many years and helping to keep the name alive, so I can’t really regret it. I have followed my heart through and that’s all I can do. I think the same goes for the rest of the band too. And today we are more popular than ever so I guess we must have done something right!

Dead Rhetoric: How do you believe the band has handled the changing landscape of the music industry from your inception in the 1980s to the current models of promotion with social media, music streaming, etc.?

Edling: Has nothing to do with us (laughs)! We are the same low-tech monsters that we have always been. We just play and hope to survive.

Dead Rhetoric: Do you believe the doom metal genre is at a new apex in terms of appreciation and international appeal, thanks to the sub-genres that exist as well as the number of bands adding their creative content and recordings to the cause?

Edling: I don’t know, to be honest. But the bands that exist in this sub-genre seem to get good appreciation. Nevertheless, it is a small underground genre, so it’s not easy to get success if that’s what you’re after. But if you do have good songs and are prepared to work endlessly for years and years, I’m sure there is a reward waiting at the end of the rainbow!

Dead Rhetoric: Where do you see the state of heavy metal music in 2020? If you had the resources, power, and ambition to change things for the benefit of all parties, what would you like to change and why?

Edling: I don’t understand the question. We have resources, power and ambition still after all these years, and I don’t wanna change a thing. Well, having said that, we couldn’t afford to follow Ghost to the US after our European tour with them, which was a bummer. That would have been fantastic! But I’m not complaining. We had the time to play our own gigs, headlined some and met many fans, old and new during this great year 2019. Maybe the best year in our long career!

Dead Rhetoric: Are there any items left to check off on the music bucket list for the band – either in terms of records or places you’d love to visit/play live? What keeps the motivation at such a high level for the band this deep into your career?

Edling: We love to play live and I love to write songs! After more than 30 years of doing this, we still want to travel, meet the fans, do our thing on the stage. And we get even more motivated when the album The Door to Doom gets such a reception! So we went to Japan, Australia, the US, all around Europe and are ready to do it again 2020! Well, now it is the bloody Coronavirus thing, but I know that the autumn will be INTENSE for us!

Dead Rhetoric: Has work already begun behind the scenes on the next full-length for Candlemass? If so, what can the fans expect out of this next set of material – are you happy with how The Door to Doom was received from the media and fan perspective?

Edling: I’m more than happy with how The Door to Doom album was greeted. People seem to love it! Don’t know what it was, but we did something right there (laughs)! All of a sudden, we headlined more festivals all over the planet, sold out more shows, got more soundcheck wins, and even got a US Grammy nomination and won the Swedish equivalent. Not bad! 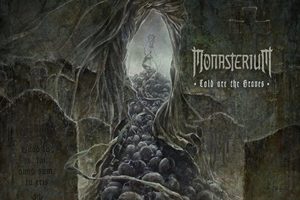 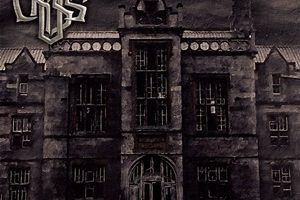