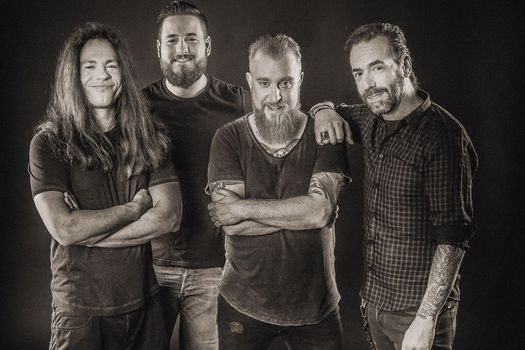 Dead Rhetoric: The last time we talked back in 2014, you mentioned the advantages and disadvantages of distribution in music for the modern era – as well as battling through it. Four years down the line, are things better or worse when it comes to the musicians and fans for the metal genre as a whole?

Straetman: I think it’s… it’s hard to say. Some people will say it’s an advantage, but for us we are not the youngest people. It’s become a bit harder for physical music to be distributed, we were lucky enough to have a distribution deal with Warner Music in Germany which is a pretty good move. There are a lot of people going to streaming and downloading. We did all the mixing, and nowadays you don’t go to the studio people send you Dropbox links and you listen to it on your IPad, phone, computer. You decide your mixes on those platforms- so the first time I got the CD in my hands and put it on the stereo, I was like ‘Wow’. There’s a big, big difference- in video, everyone knows that even the smallest phone has a 4K camera and everyone wants the highest possible resolution for their televisions and movies, for 4K with 3D- but with music the expectations aren’t as high anymore.

There’s a big difference from an MP3 and a song played from a CD. It’s not our decision, we have to go with the times. When we released the album, we got onto position four of the iTunes metal charts, so that’s a pretty good indication that our fans are more modern than we are. (laughs). The fans seem to adapt a lot easier than some old guys in the industry. It’s still a challenge. Sales are good, and it seems to be working. Vinyl is coming back, and I’m really happy for that- I do all the band artwork too. The best thing to do is have a vinyl version for the artwork. By the end of the month we have a limited vinyl version of the record with a red disc – it’s pretty secret until now but people keep asking for it. There are people that are still ideological about music, they really want the warmth of vinyl production. I’ve already seen the final box but I haven’t heard it. You have a lot of collectors that are very into this, we have 300-piece limited edition so I think they will go out pretty fast.

Straetman: Yeah, we actually would. We have a pretty renowned booking agency and management in Austria, but it’s a very small market. We would like to expand into Germany, my home base Belgium, Holland- we are already talking about it. Since we do it a lot ourselves, we have to do things step by step. Getting the distribution with Warner was one good step in the right direction – the potential is there to play more in Europe, maybe the States too. We are open for everything. We have some good contacts in the UK- our drummer is also in the music business 15-20 years. He plays in a drum band, dramatic theater that is Blue Man Group-ish- they tour all over the world. We are stepping into that, we have not put any limits to our music and we don’t want to put any limits to our plans. If the possibilities arise, we will be there to take them.

There is a certain level you can reach by doing things yourself, but then you need some support by touring agencies, booking agencies, labels, distribution to get to the next level. If you deal with every company yourself, you have 30 companies to deal with and that’s a full day job then. The aspiration is there to grow and make Boon great again. There’s an Austrian band that said make rock great again, and we want to take this over the border – and show that not all great music has to come from Germany, Sweden, the UK, and the USA. There are a lot of good bands in all kinds of different countries. When we get the chance, we will definitely show our hands.

Dead Rhetoric: Knowing you are an avid NFL follower of the Raiders, what do you think of the team at this point and how are you handling their impending move?

Straetman: That’s even more unpredictable than the music business I would say! (laughs) I’ve had a couple of years with very good feelings. One year we were very good on the road, and our quarterback got injured in the second to last game. So that was a big bummer. I’m still very convinced that there’s a lot of talent on the team, but it’s been mismanaged. We’ve got Jon Gruden back as a coach, but that’s great- he has energy and charisma, people knowledge. We kicked out our punter, we lost Michael Crabtree, I think he’s putting together a team that sticks together. It’s like in a band, if you don’t have the chemistry, you can have five of the best musicians in the room, if you don’t have a connection, I don’t think anything good is going to come up. They have to find 53 people to match that chemistry. I’m always very positive when it comes to the Raiders. The quarterback is a great guy, we have some talent around him. We got Jordy Nelson, a tough clutch player. The big weakness that we have, and I don’t think they addressed it in free agency or the draft is our secondary. We’ll see, I’m very curious what Jon and his new crew of coaches will do.

Dead Rhetoric: Do you have a specific failure in your life that when you look back upon it, actually set you up for a key lesson in life that pushed your forward to the next level of success – either personally or professionally?

Straetman: Oh, how much time do you have, man? (laughs) This is actually… a failure, that depends on a way of looking at it. Everything up to now, I’m a pretty lucky guy for that matter. Every negative experience or failure, bad luck, always had a positive side or a consequence that was positive. There are a lot of things that back then I look back at and think at the moment it wasn’t very nice, but because of this situation I am here right now. The way I came to Austria, I was in a very dark place I would say. There are a couple of things you can do- you can give up on yourself or dive into drugs/alcohol, or decide for yourself to do something. The action I took was I had to make a new start in my life, push the reset button and moved to Austria. It’s hard to call it bad, it concluded into something nice. There are a series of things that may not have been nice, but because of that I am where I am in the band that I am in, the relationships I have- a chain reaction.

If you know something bad happens to you, you have a very good feeling that something good is going to come out of it. It makes it all easier to cope with.

Dead Rhetoric: What is in the works for Boon over the next year to support this record?

Straetman: In one month we are going to play one of the biggest rock festival in Austria, we are playing on the Red Bull Music Stage – 150,000 visitors. We have a couple of other open airs, and in the fall, we will look to make a small Austrian tour. Don’t really know if we will be headlining and taking a couple of local bands with us or if we will hook up with a bigger band and be their support. We have a couple of conversations. Next year we want to do more festivals across Europe. We want to play a lot. If you release a record, and immediately start touring, people don’t know your music yet. We’ve seen that as somewhat as a disadvantage- we would rather do more promotional stuff, go to national radio stations and get airplay – we have listening parties. Start slowly and let the people get familiar with the music before we start to play the clubs and festivals. 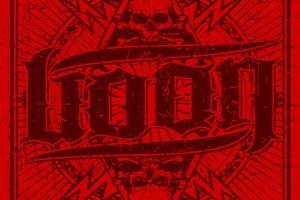